Imagine not having to open the door with your elbow, then carefully removing the mask and the gloves trying not to touch anything, before disinfecting your groceries and throwing your clothes in the washing machine. In the past couple of weeks, we’ve all been following this routine as we try not to spread the coronavirus.

Engineers at company Corten Art in Sabac have contributed to the fight against COVID-19 by inventing a sort of disinfection tunnel made of stainless steel. The tunnel—which sprays a disinfectant in microdroplets—is supposed to be installed at the entrance of a facility so that a person passing through it can be “freed” from the virus particles, while their clothes remain dry.

“This process creates a thin layer of disinfectant. The light makes the microdroplets visible and in less than a minute, they dry out,” Corten Art managing director Bojan Lolic explains. 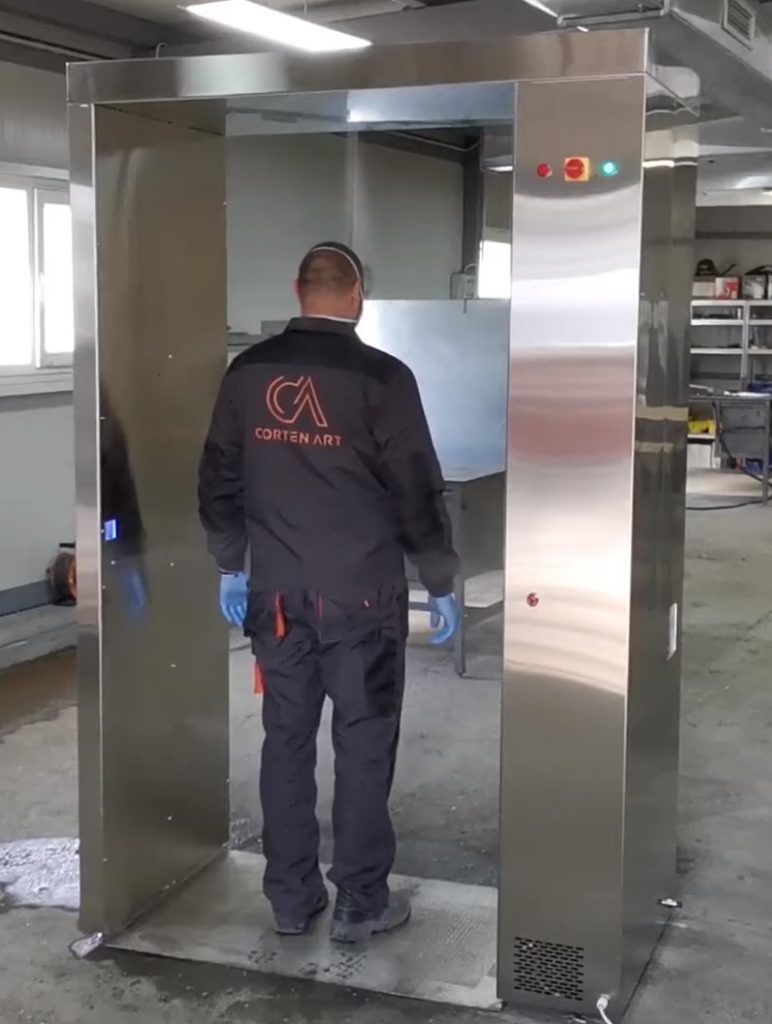 This way, water and disinfectant consumption is reduced as many as 15 times when compared to the traditional disinfection processes.

Lolic says that the first tunnel has already been manufactured and that the company intends to manufacture a total of 10 disinfection tunnels by the end of the month: one will be donated to the city of Sabac, whereas five of them would be given to the Innovation Fund, which will identify where the tunnels are needed most.

The disinfection tunnel is one of 12 COVID-19 fighting solutions, chosen among 300 entries in the Innovation Fund’s call for proposals. Company Corten Art from Sabac won RSD6 million to turn its idea into reality.

In May 2019, the European Union awarded Corten Art with around EUR15,000 for equipment purchase and job creation within EU PRO development programme.

Said assistance marked a milestone in the development of this company from Sabac. Now, the company is putting in the effort to fight coronavirus, managing director Lolic explains.

“Corten Art has already benefited from an EU-supported project, EU PRO. This assistance acted as a decisive incentive for our development and allowed us to purchase equipment and create jobs. I would like to thank the Innovation Fund and EU PRO for their support.”

Lolic believes that, even after the pandemic is over, disinfection tunnels will still be needed—disinfection at the entrance of hospitals and dental offices will almost certainly become a mandatory practice.

It’s worth mentioning that the Innovation Fund receives considerable support from the European Union. Since the Fund was set up in 2011, the European Union has played a decisive role in innovation investment in Serbia and in strengthening the ties between the research and private sector. 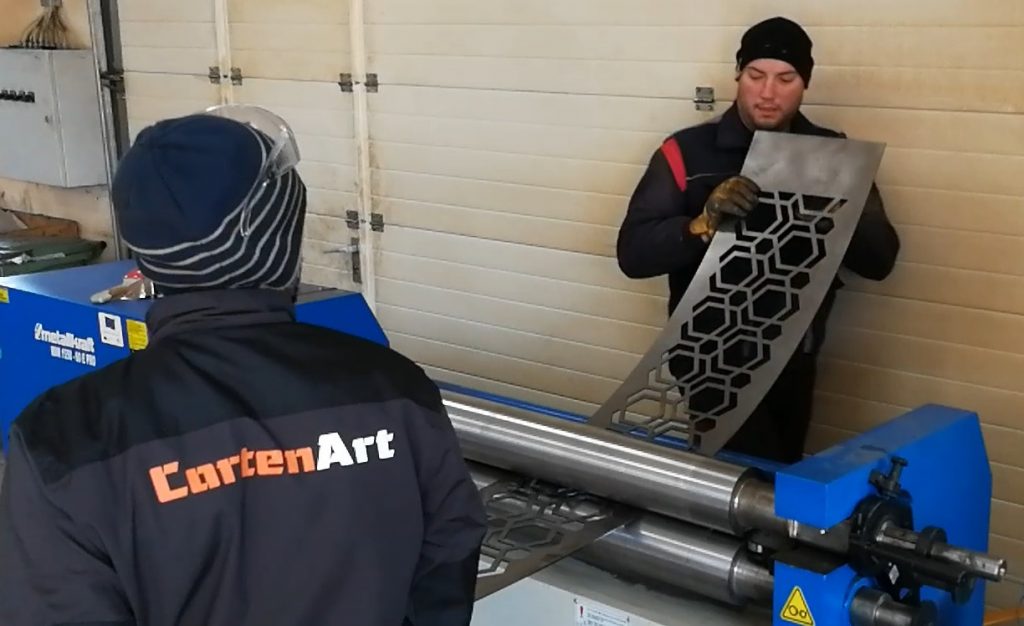 So far, the European Union has set aside over EUR15.8 million from its pre-accession funds (IPA) for various Fund’s programmes. This is in line with one of the priorities of the Government—improving the competitiveness of science, research, and innovation for economic development. As pointed out on the Fund’s website, since 2018, this priority is reflected in securing larger funds to finance innovation through Fund’s activities.

Since the launch of the three-year EU PRO programme in 2018, the European Union has set aside a total of EUR25 million, out of which EUR4.5 million has been earmarked for the promotion of entrepreneurship.