The two-day conference “State Aid and Western Balkan Economies”, which brought together representatives of state aid control bodies from the Western Balkans, the European Commission, the Competition Council of Lithuania as well as eminent European experts, was held in Belgrade.

Opening the second day of the conference, European Commission (Directorate-General for Competition) representative Arianna Podesta expressed satisfaction with the fact that the regional gathering on state aid has been organised. “We beieve that it is of great importance for the entire region and we hope that perhaps it become a tradition”, she said.

According to her, an effective system of State aid control is a key step in the path towards accession. ‘“Having such system in place is a collective excercise that involves all stakeholders. An operationally independent State aid authority is a fundamental element. However, in order to succeed, this authority needs the full support and awareness of granting authorities, other regulatory bodies and undertakings, both beneficiaries and competitors,” Podesta said. 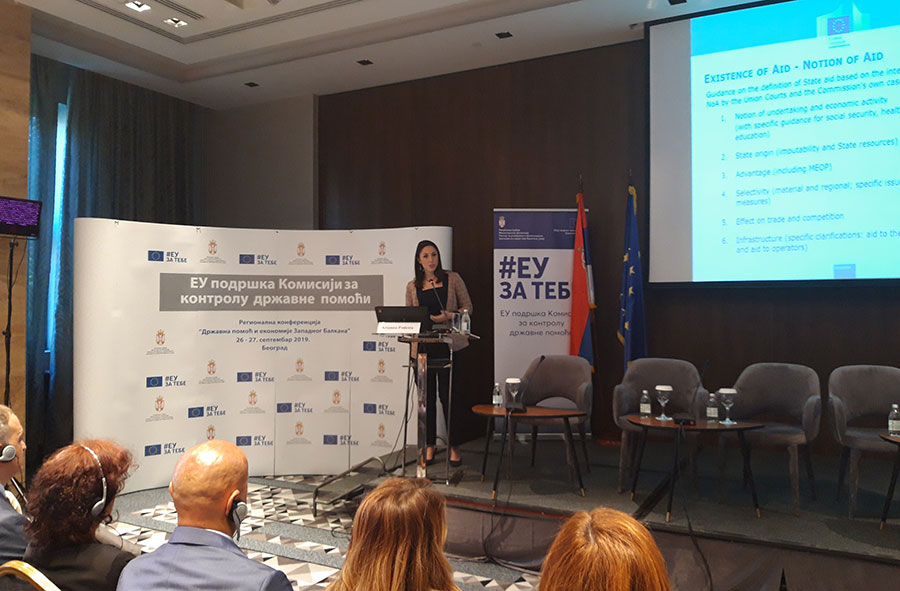 The Head of Operations of the Delegation of the European Union to the Republic of Serbia Yngve Engstrom said that state aid is an important part of the negotiation chapter 8 (Competition policy) in the accession negotiations, but also a part where much remains to be done to achieve full compliance with obligations from the Stabilisation and Association Agreement and the acquis communautaire. “Behind these requirements, of course, is the goal of making your economies a functioning market economy, able to cope with competitive pressure and market forces within the European Union,” Engstrom said.

At the opening of the conference, State Secretary of the Ministry of Finance of the Republic of Serbia, Mr Gojko Stanivuković expressed his satisfaction by attending an important gathering of state aid control bodies from across the region. He said  that the new Draft Law on State Aid would be soon presented to MPs.

“The Ministry of Finance has drafted a new Law on State Aid control, which was recently adopted by the Government of the Republic of Serbia, and we expect that the draft law will soon be presented to the National Assembly. What is very important to note is that in formulating the bill, we have taken into account the suggestions of all relevant stakeholders, especially civil society organizations and the public concerned. We have placed a particular emphasis on the suggestions and remarks made by the European Commission in its annual Progress Report for the Republic of Serbia,” Stanivuković said.

President of the State Aid Control Commission Vladimir Antonijević said that competition policy meetings and cooperation are common in the region but not on state aid, although everyone in the region has the same problems and challenges in the area, which is indicated by the European Commission annual reports but also the obligations from the Stabilisation and Association Agreement.

Antonijević said that changes to the existing Law on State Aid Control were necessary in order to ensure improvements to the instruments available to the Commission, as well as to achieve the Commission’s better formation and organisational structure. This would made fulfilled the Chapter 8 opening benchmark that relates to operational independence of the Commission, he added. With the new law, the future commission will have the tools to implement monitorining, Antonijević said.

The Team Leader of the project “Support to the State Aid Control Commission” Radmila Mihić said that organisation of a regional conference at the earliest stage of implementation was one of top project priorities.

“The first regional conference on state aid has two goals: to encourage, support and promote state aid that develops economies, good state aids that promote growth and societal development and which use the taxpayers’ money in the best possible way. The second goal is to start creating a regional network of experts,” she said. 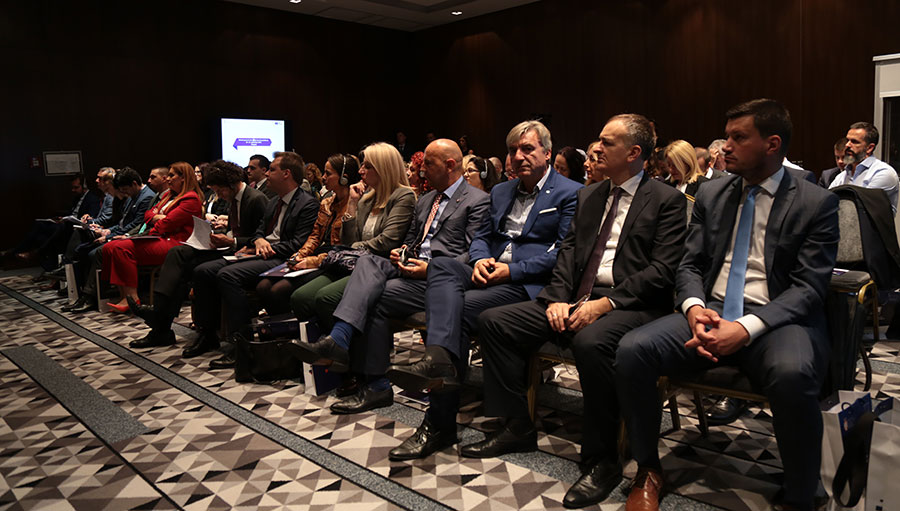 On the first day of the conference, Fedon Nicolaides, a professor at the University of Maastricht, spoke about the state aid control system in the EU as well as about the more economical approach to state aid control. Another European expert in the field, University of Birmingham professor Luca Rubini spoke about challenges of the EU integration in the field of state aid for accession countries.

The Chairman of the Competition Council of the Republic of Lithuania, Šarunas Keserauskas, outlined the state aid challenges faced by Lithuania after its accession to the EU.

“Fair competition is the basis of a market economy. Therefore, competition should be the first priority, not state aid”, Keserauskas said.