Head of the Delegation and the Ambassador of EU to Serbia 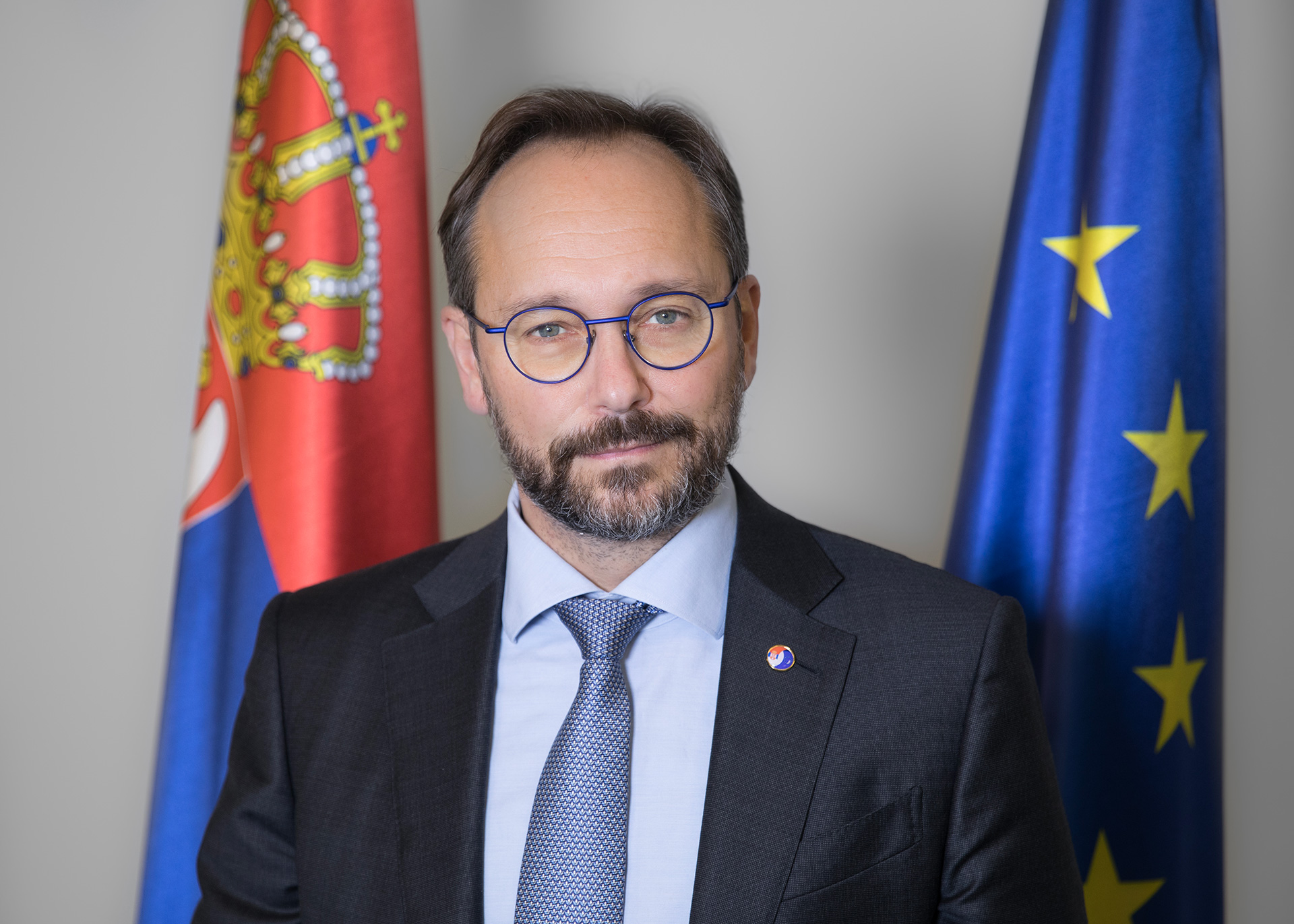 Emanuele Giaufret has been appointed the EU Ambassador to Serbia in September 2021.

He took this position after serving four years as the EU Ambassador to Israel.

Previous to that he served at European External Action Service as the Head of the Division for Democracy and Electoral Observation and as Political Assistant to the Managing Director responsible for North Africa and the Middle East. He was also posted at the EU Delegation to the United Nations in New York, and again at the EU Delegation in Israel, as Head of the Political and Trade Section. At the beginning of his career at European Commission, he worked at the Directorate General for External Relations, as desk officer for electoral observation.

Before joining the EU, H.E. Emanuele Giaufret worked at the OSCE Office for Democratic Institutions and Human Rights. He has a PhD in History of International Relations from the University of Florence, and a Master in European Affairs from the College of Europe in Bruges.

He is married and a father of three.