Head of the EU Delegation to Serbia Sem Fabrizi attended today the completion of a major phase of the construction of Zezelj Bridge in Novi Sad – the tying up of its two arches. The European Union has so far donated EUR34 million for the construction of the bridge, destroyed during the NATO bombing of Serbia in 1999. 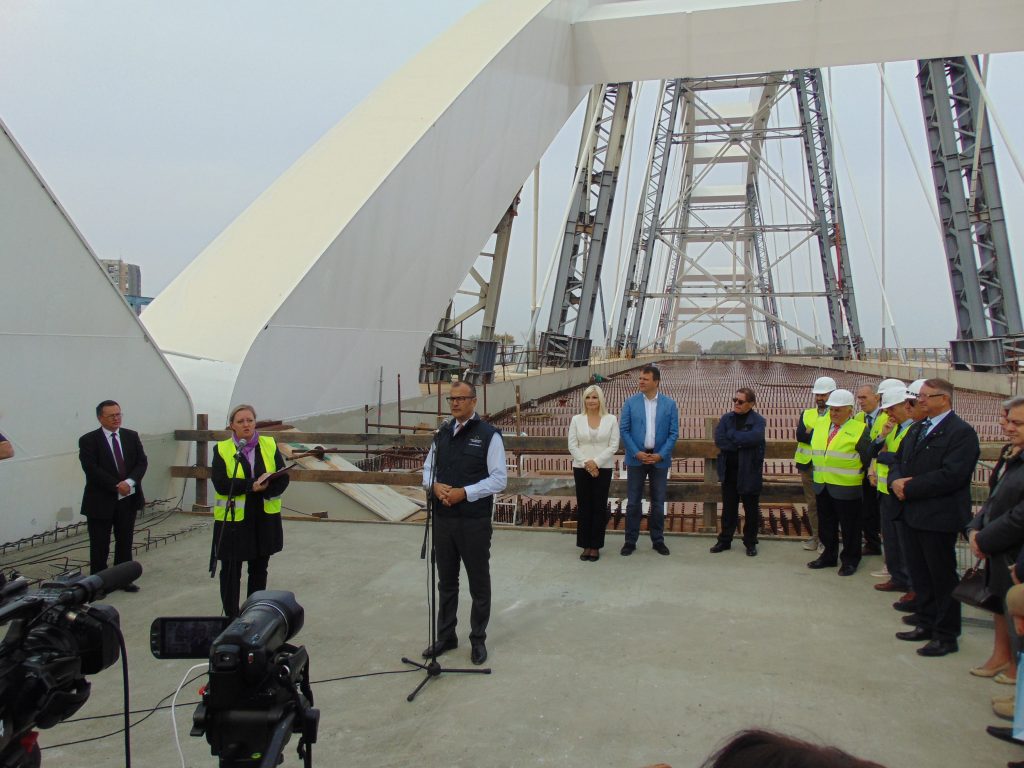 “The European Union has been supporting the construction of this bridge since the initial, design stage. The arching of the bridge over the Danube is important not only for Novi Sad and Vojvodina, but also for Serbia, as it is part of the Corridor X, one of the major corridors in this part of Europe. Also, it is part of Serbia’s fresh transport policy which is, on the other hand, an element of Serbia’s EU accession process. On behalf of the European Union, I congratulate everyone who has taken part in this venture, particularly the construction workers and the Government for putting so much effort into this project,“ Ambassador Fabrizi said and added that he was looking forward to attending the official commissioning of the bridge.

Ambassador Fabrizi, together with Deputy Prime Minister/Minister of Construction, Transport and Infrastructure Zorana Mihajlovic and President of the Provincial Government Igor Mirovic, walked across the bridge from the Backa side to Srem, that is from Novi Sad to Petrovaradin. 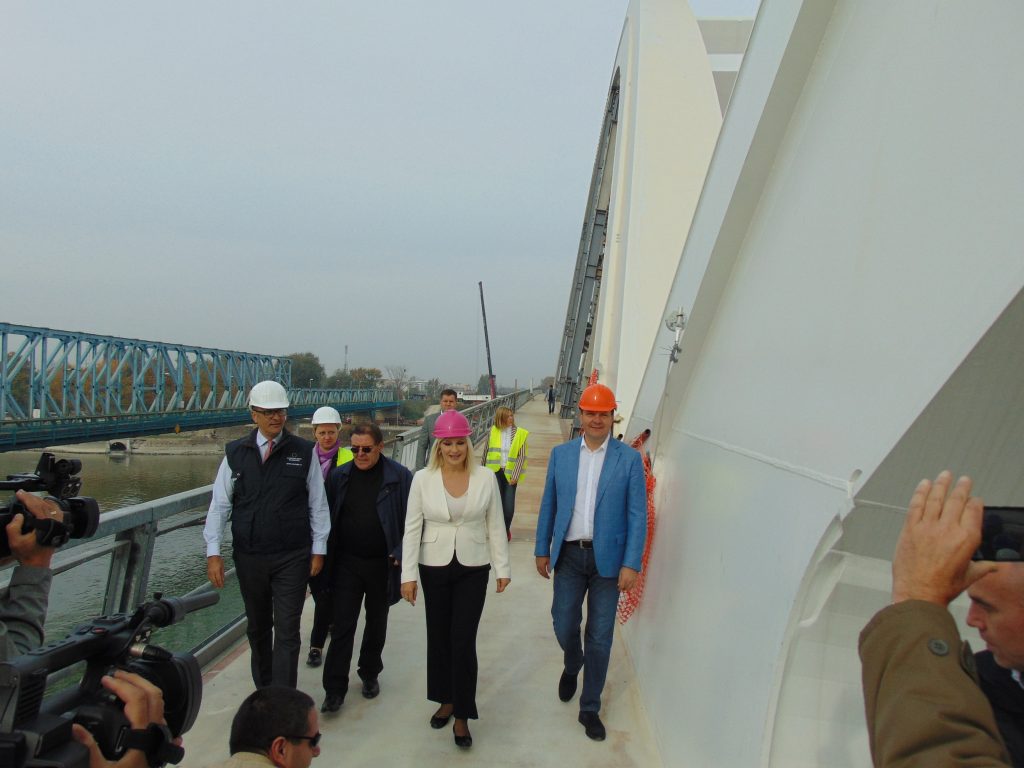 Deputy Prime Minister Zorana Mihajlovic said that the European Commission, the Government of Serbia, the Provincial Government and city authorities in Novi Sad had for years worked together as a team to build the bridge which symbolises the path to future.

“Zezelj Bridge puts the past behind us and paves the way for the promising future. Standing here, one cannot help but remember 23 April 1999 when the bridge was demolished and the rest of 78 days of bombing our country has suffered through. I would say that today at 17:25, when the arches were tied up, the bombing of citizens of Novi Sad ceased, too. After 18 years, we finally have a bridge and in February 2018 we will also lay train tracks and, a couple of months later, build access roads. Very soon, trains will be crossing the bridge at 150 km/h. Also, the modernisation of the Belgrade-Budapest railroad is underway, that will allow trains to reach an average speed of 200 km/h,” Mihajlovic said.

Fabrizi, Mihalovic and Mirovic tanked the workers who have been meticulously working on the construction and presented them with symbolic gifts.

“In a couple of years, when we finish both construction phases, trains will be rumbling through the reconstructed track route between Belgrade and Novi Sad and all the way to Budapest. Only when the journey from Belgrade to Novi Sad is cut to 40 minutes will we grasp the immense importance of our joint endeavour,” Igor Mirovic, President of the Provincial Government, said.

The Government of the Republic of Serbia has so far thrown EUR22 million into the project, whereas the total volume of the investment stands at around EUR51 million.