The Head of the Delegation of the European Union to Serbia, Ambassador Sem Fabrizi, attended the opening ceremony of the Project South on the Corridor X through Grdelica Gorge, together with representatives of the state top of Serbia, diplomatic corps and guests from the region. The debt section of 26.3 kilometers is mostly financed from the loan from the European Investment Bank, with EUR 314 million.

Ambassador Fabrizi said that connecting people and states, facilitating travel and trade, and the flow of goods are the basis of the European Union. That is why he expressed his satisfaction at attending the opening of the road for which most of the funds came from the EU.

“The EU, together with the Government of Serbia, has allowed trucks to travel faster and safer, and we hope that the economic relations between the countries will improve with good infrastructure, and the EU will, together with the Serbian Government, make the families in Serbia a little happier, faster and safer to arrive on a summer holiday in Northern Macedonia and Greece, “Ambassador Fabrizi said, adding that she also thanked the World Bank, which partially participated in the financing of the project.

“These 26 kilometers mean a lot: they connect Austria, Croatia, Serbia, Northern Macedonia and Greece, which is almost the last part of the puzzle to have a pan-European highway from Salzburg in Austria to Thessaloniki, which is a vital element of the connection within the Western Balkans. a key factor for growth, employment, and will bring a clear benefit to regional economies and citizens, “concluded Ambassador Fabrici.

Serbian President Aleksandar Vučić, who officially opened a new section, says that every newly built road is a step towards peace, but also a way to forget about it and to heal wounds from the past.

“With this road, the Greeks, people from Northern Macedonia, Montenegrins, Albanians, and all of Europe, will all be more and more understandable for both Serbia and Serbian. There is no way to connect people better than building roads, each the road is a road to peace, and the highway is the shortest way to peace. Serbia shows this to what it is and what its ambitions are, ” Vučić said. 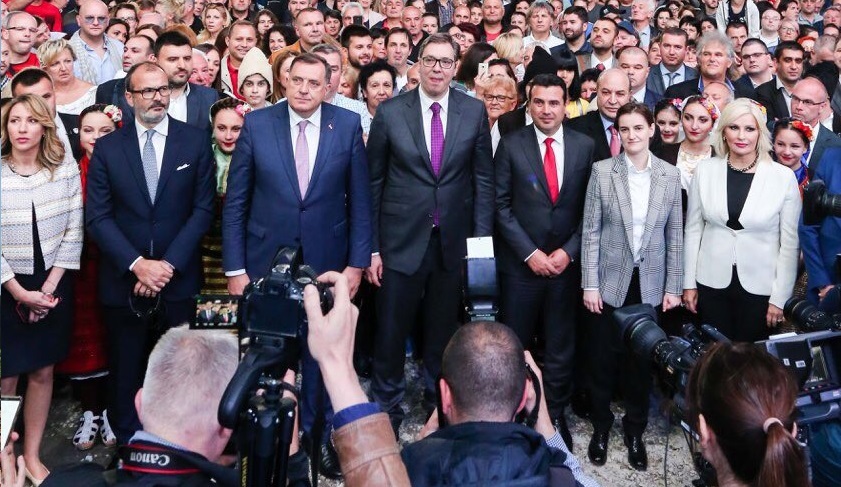 Ministry of Construction, Transport, and Infrastructure
The President of Serbia pointed out that the highway is not only important because of the beauty, but also because of the investors who will come, both foreign and domestic, for saving money and lower transportation costs. He also emphasized that the infrastructure project will mean a lot to Serbia and raise the standard of living of citizens.

Among the guests was the Prime Minister of Northern Macedonia, Zoran Zaev, who stated that Corridor X is a truly European value of connectivity and communication.

“It’s just that when it’s done well and dedicated, it will travel from Belgrade to Skopje for more than three hours. One of the hardest sections of the highway has been made, and it looks modern.” This is an opportunity to confirm the great friendship of the two countries, and Northern Macedonia looks forward to the successful endeavors of all its neighbors, “Prime Minister Zaev concluded.

Corridor 10 is part of the pan-European transport corridor that connects Salzburg in Austria with Veles in Northern Macedonia, its construction began in 1970. Work on the work through the Grdelica Gorge began in 2013, and on that section, there are more than 30 bridges and two tunnels, of which Manajle is the longest in Serbia.