Head of the European Union Delegation to Serbia, Ambassador Sem Fabrizi, met with the President of Serbia Aleksandar Vučić.

President Vučić informed Ambassador Fabrizi about the most important points of the Washington agreement and the course of talks in Brussels, stressing that the EU role in mediating the dialogue between Belgrade and Priština is crucial and that Serbia is ready to participate in the continuation of the talks actively.

A particular topic of conversation was the European perspective of Serbia.
The forthcoming Annual Report of the European Commission and the importance of the new Government accelerating EU reforms, especially in the area of the rule of law, were also discussed.
The upcoming EU economic and investment plan for the Western Balkans envisaging help to the region’s countries cope with the crisis caused by the Covid-19 pandemic, as well as its economic consequences and ways to further improve the constructive cooperation between Serbia and the EU in that sense, have also been tackled.
President Vučić thanked Ambassador Fabrizi for the significant support that the European Union provides through economic, political and valuative contribution to Serbia’s progress, and added that our country’s policy is entirely aimed at peace and stabilisation of the region and further rapid economic development.
President Vučić added that Serbia would also strive in Brussels for the normalisation of relations between Belgrade and Priština so that both Serbia and the entire region of the Western Balkans could continue to build a promising future.
The President pointed out that Serbia’s membership in the European Union remains a strategic objective and a long-term commitment of Serbia, which, among other things, was shown during the fight against the Covid-19 pandemic.
“Serbia is particularly grateful to the EU for its help, but also for the solidarity it has presented towards Serbia, not only since we have been fighting the consequences of Covid-19 together, but also in terms of its support in all other situations,” said President Vučić. He added that the joint fight against the pandemic would continue with the participation of Serbia, which has exhibited exceptional solidarity on its part, even in the most challenging moments. 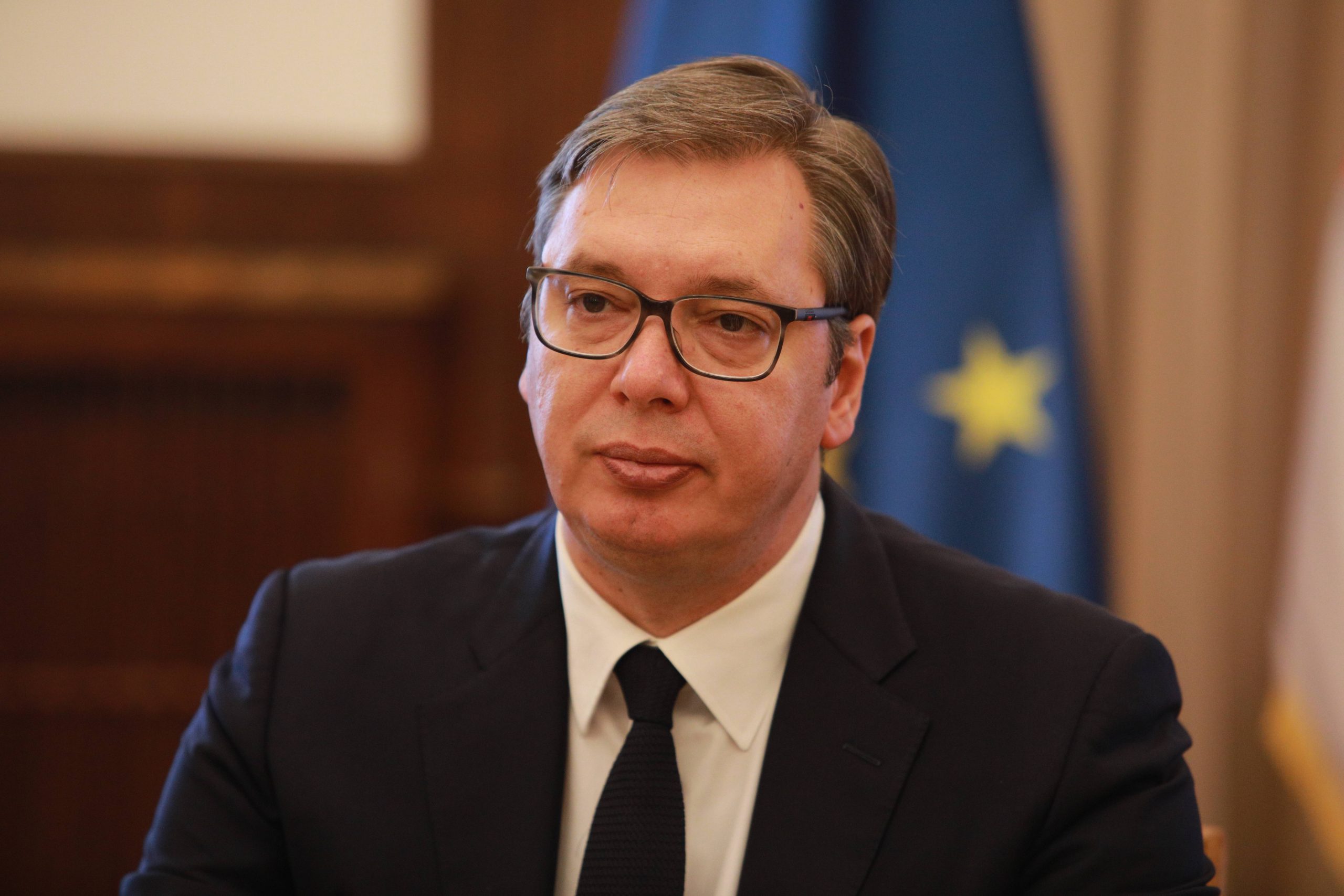 Ambassador Fabrizi said that Serbia has the full support of the Union in the fight against Covid-19 and encouraged Serbia to continue the fight against coronavirus, adding that Serbia “proved that its health system has withstood the burden and should continue to work in that direction”. He especially pointed out that no one knows how long this crisis will last, but that it is essential that there is a strong joint response and that Serbia and the EU remain reliable partners in all further activities aimed at combating the consequences of the pandemic.
Emphasising the importance of joint action and solidarity with the EU, President Vučić thanked for the strong support in the process of European integration by EU member states and added that continuous meetings and talks in this format “open up new opportunities for exchanging opinions and encouraging further activities.”
President Vučić pointed out that Serbia notably respects the Union’s approach to the Western Balkans, considering that this topic is one of the priorities for the EU, along with other vital issues that Europe is facing today.
“Two-thirds of our trade is related to EU countries, the total trade exchange with the EU last year amounted to almost 26 billion euros,” said the President, adding that Serbia remains fully committed to the reform process and improving all the performances of our society, especially in the field of democratisation and the rule of law.
Ambassador Fabrizi pointed out that Serbia is already close to the EU economy, and that “70 per cent of foreign direct investments came from the EU” and that more than 60 per cent of the trade exchange was realised with the countries of the Union.
“A strong EU economy also means a stronger Serbian economy,” said the Head of the EU Delegation to Serbia, adding that the Union remains committed to further supporting Serbia on its path to full membership.
President Vučić especially emphasised that Serbia continues to advocate for peace and stability in the region, as well as for the improvement of regional cooperation, and added that in that sense, the EU enlargement policy is the best mechanism for achieving stability and prosperity in the Western Balkans.
Ambassador Fabrizi pointed out that the European Union will continue to actively support Serbia in the accession process, bearing in mind Serbia’s commitment to reforms and the adoption of European values and standards in all areas important for accession.
Share. Twitter Facebook Google+ Pinterest LinkedIn Tumblr Email