The representatives of state administration, diplomatic corps and non-governmental organisations participated in the Seventh plenary meeting of the National Convention on the European Union. The main topic of discussion were the conclusions from European Commission’s Annual Report on Serbia published at the end of May.

Serbia did not regress in a single field, it had moderate progress in some of them, and, according to the Report, there was no progress in three fields, Head of the EU Delegation to the Republic of Serbia, Ambassador Sem Fabrizi points out.

“The accession process is a very complex one. All forces in society should work together to reach a consensus and successfully achieve their goal on their way to the EU”, the Ambassador says, stating that the civil sector plays a key role in this process. 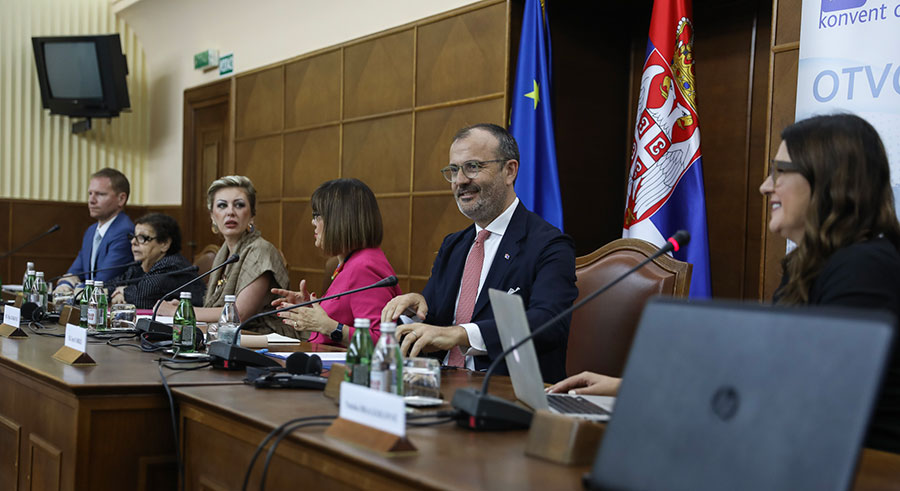 Head of the EU Delegation points out that Serbia will have to do more work on the development of the democratic society, separation of powers, and on independent, responsible and efficient judiciary.

“If we take a look at the separation of powers, the Report conveys a few messages about how the Assembly can do its work better, how the judiciary can become independent and how the media can become freer”, Fabrizi concludes.

Many thanks to @NKEUSrbija for organising an intense and fruitful day of discussions and analysis of #ECReport2019. Glad to attend the opening session with the Speaker and @MINEIsrb. Encouraged by the spirit of open dialogue and constructive reactions. pic.twitter.com/6SiC8A5C3r

President of Serbia Aleksandar Vucic considers the European Commission’s Report to be generally positive, and the positive assessment of progress when it comes to good neighbourly relations as particularly significant. He highlights the criticism when it comes to public procurement and says that Serbia is ready to adopt good practices. 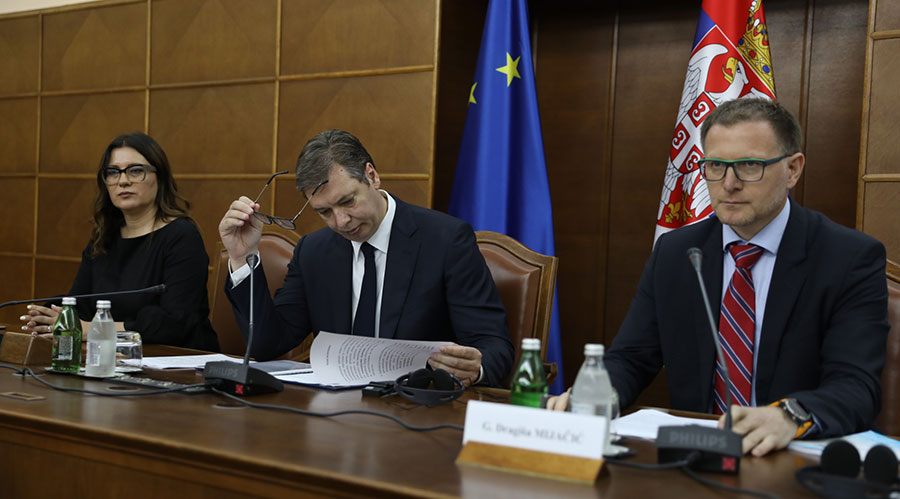 “We cannot wait for the two parts that the Elektroprivreda Srbije needs for months, without suffering a drop in electricity generation. We need a flexible public procurement system that will guarantee transparency and prevent corruption”, President Vucic explains, having offered space at the Presidency for organising all the panels and events that other hosts and local self-governments have been canceling.

President of the National Assembly Maja Gojkovic points out that, by cooperating with the Government of Serbia, she wants to implement some measures concerning the work of the parliament, and she stated an emergency law proposal procedure, mentioned in the Report as a negative practice, as the first measure.

Minister of European Integration Jadranka Joksimovic points out that the essence of European integration is to reach an agreement even when there is a difference of opinion. As Serbia has proven itself as a responsible candidate country, this kind of disagreement will not block our joint efforts and partner relations that represent the foundation of the EU, the Minister points out.