The first national promotional campaign under the slogan Education is important was successfully organised in the second half of December 2020. The goal of the campaign, initiated by the Delegation of the European Union to Serbia, was to inform the public in Serbia about the modernisation and improvements in education sector—the result of substantial EU investment during the last 15 years.

The key results of EU support to the education sector in Serbia were presented on billboards, bus stops, and in public transport vehicles in over 30 towns across the country throughout November and December. 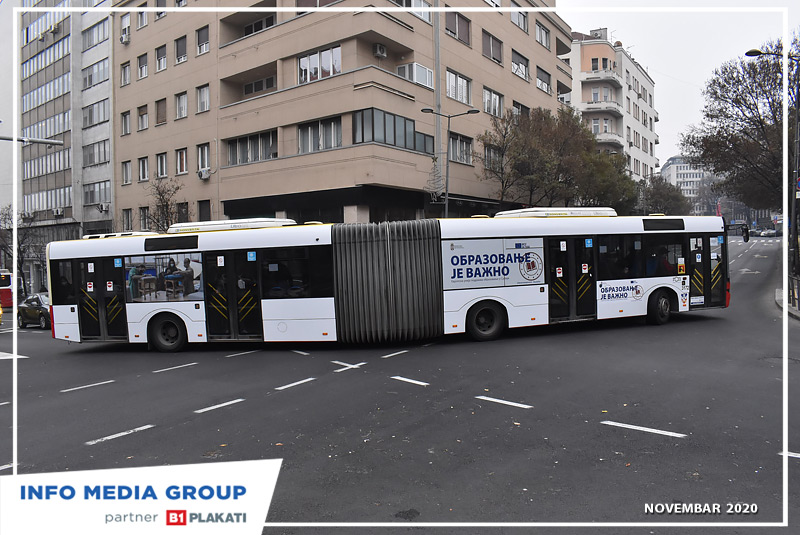 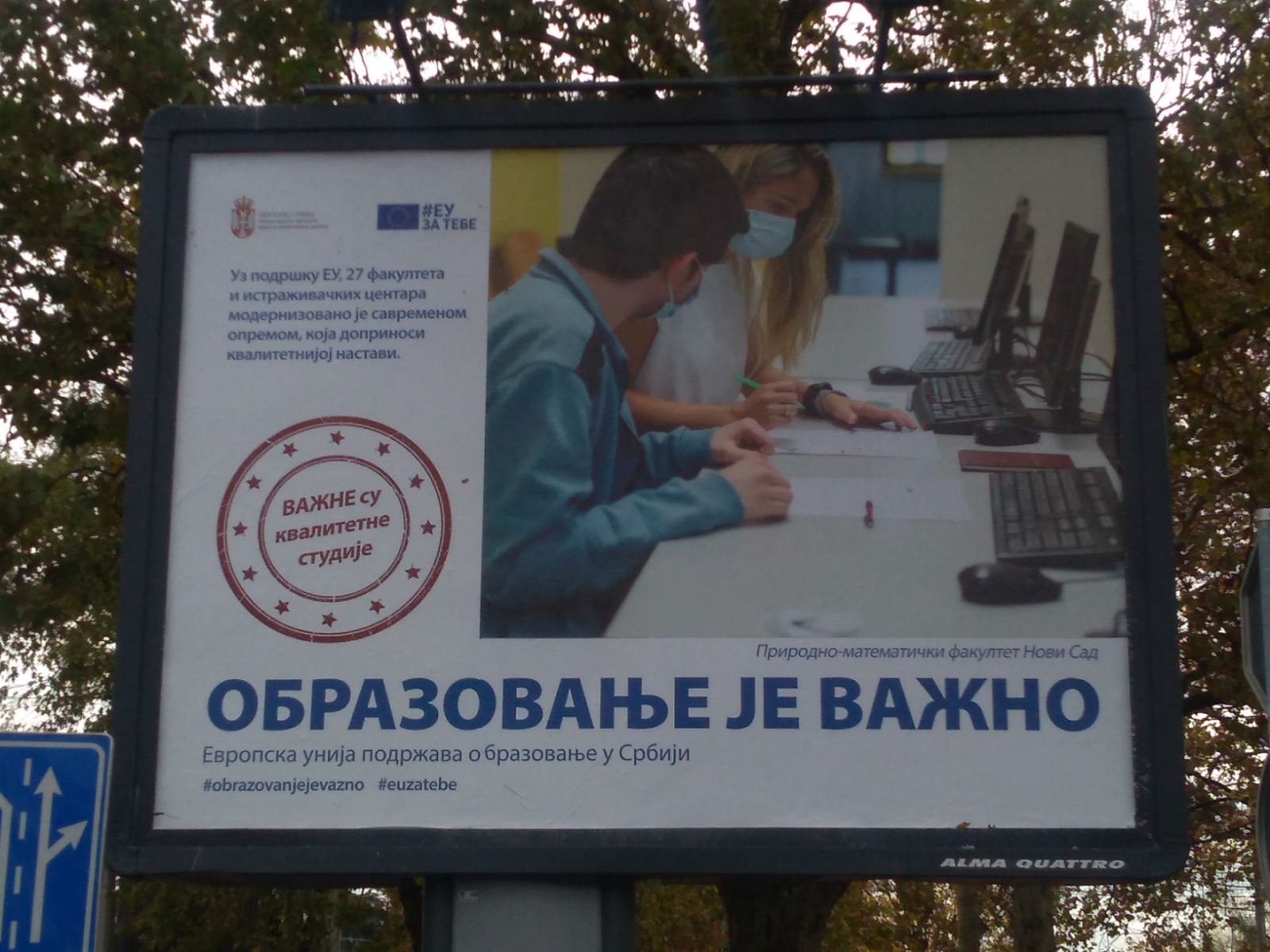 The support of the EU was implemented through numerous projects and programmes, in partnership with the Ministry of Education, Science and Technological Development, with whom the EU will continue working on the education sector reform.

Sketches on everyday situations that make schooling important and interesting were aired during the campaign. Famous actors appeared in the roles of professors—Ivan Bosiljcic, Kalina Kovacevic, Bojana Stefanovic, and Andrija Jovic (Andrija Jo), a famous YouTuber, appeared as one of the pupils. The sketches were aired in the breaks between online classes on RTS as part of the “Moja skola” (My School) programme. On Radio Television of Vojvodina they were aired in minority languages as well. The video content from the campaign is available on RTS Planeta.

The results of cooperation between the EU and Serbia were presented through success stories heard in kindergartens, primary schools, vocational schools, and universities. During the campaign, these stories were published by most popular portals and on social media networks. Even after the end of these activities, the campaign content will be available on www.euzatebe.rs/obrazovanje.

Children’s art that arrived during the campaign from preschools participating in the SUPER project, one of the projects supported by the EU in preschool reform, will be promoted on EU u Srbiji (EU in Serbia) social media network profiles during January 2021.

According to the first results of the public opinion poll, the campaign achieved its main goal. Public awareness and interest of the youth in EU activities in education reform has been raised.

The campaign was organised online due to the epidemiological situation. COVID-19 has caused significant changes in education, affecting whole generations of pupils who had to switch to distance learning.

European Union, as the largest donor in Serbia, supports the modernisation of the education system and its harmonisation with EU standards and practices. Since 2003, the EU has donated more than 100 million EUR for the education sector reform. This includes the improvement of preschool education, support for the reform of vocational and adult education, renovation and refurbishing of schools and faculties, support for inclusive education, etc.