The fight against corruption is an essential precondition for accession into the European Union, of which Serbia is a candidate country. The Government of Serbia has declared a “zero tolerance” policy towards corruption.

According to the EC Progress Report for Serbia 2019 “Corruption is prevalent in many areas and remains an issue of concern.  There is a need for strong political will to effectively address corruption issues, as well as a robust criminal justice response to high-level corruption. Serbia shall in particular: improve its track record on investigations, indictments and final convictions in high-level corruption cases, including the seizure and confiscation of criminal assets; implement legislation on the Anti-Corruption Agency that needs to be compliant with the acquis, international agreements and GRECO recommendations, in order to strengthen the Agency’s role as a key institution in a more effective fight against corruption; conduct an impact assessment on its anti-corruption policy to adopt a new ambitious strategy and action plan”.

To support Serbia in the fight against corruption, the EU is funding the project “Prevention and Fight against Corruption”. During the last three years of project implementation (July 2017 – July 2020), numerous different activities such as seminars, training, conferences, awareness-raising events were organised in cooperation with primary beneficiaries. Those events were attended by representatives of leading institutions engaged in the fight against corruption in daily work.

The project activities are focused on:

Eight fast-track, three-day training seminars on “Financial Investigative Techniques” for judges, prosecutors, police investigators and members of the liaison institutions from all appellate jurisdictions (Belgrade, Novi Sad, Nis, Kraljevo) were conducted attended by 232 participants out of which 64 judges, 72 public prosecutors, 71 police officers and 25 representatives of the liaison institutions were trained.

In cooperation with the Anti-Corruption Agency and Ministry of Education, Science and Technological Development, 15 one-day seminars in 11 cities throughout the Republic of Serbia on “Prevention of Conflict of Interest and Asset Declarations” were organised. A total of the 884 primary and secondary school principals, secretaries and deans of the Universities and Faculties throughout Serbia participated in the seminars. 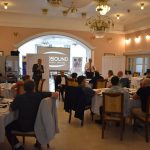 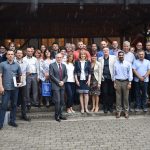 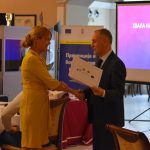 Jointly with Judicial Academy, eight in series of one-day training sessions on “Practical aspects of ethical dilemmas and their resolution” for the judges and prosecutors were organised. Five practical communication trainings were organised for heads and their deputies of the specialised AC department in order to improve public appearances. Additional 20 trainings were organised attended by more than 340 representatives of the public administration, local self-government, prosecutors, judges, police officers and representatives of the CSO were trained in the field of prevention and fight against corruption.

Six five-day “Train the Trainers” training was conducted. More than 120 new trainers representatives of the public administration, local-self-government and CSOs were trained in the field of prevention and fight against corruption.

The Project successfully organised two trainings for authorised persons from state institution attended by 18 participants dealing with the protection of the whistle-blowers. The trainings reflected the complex nature of duties of persons responsible for managing internal channels for whistleblowing.

Eight in series of one-day roundtables with the judges and public prosecutors selected for the Anti-Corruption departments in the four regional centres on “Active case management, scheduling and planning hearings for the main trial, preparation of the indictment, indirect evidence and demonstrative evidence” were organised in the four regional centres.  A total of 86 participants were involved in fruitful discussions out of which are 28 judges, 20 court associates, 21 public prosecutors and 15 prosecutor associates. 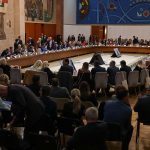 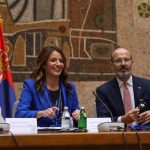 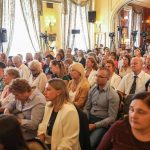 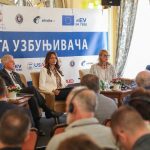 An International conference “Fight against Corruption for Prosperity in South-East Europe” was organised in Belgrade attended by more than 210 participants; ministers of justice, prosecutors, heads of state bodies for the prevention and fight against corruption, as well as representatives of the civil sector from Serbia, Austria, Bosnia and Hercegovina, Croatia, Czech Republic, Hungary, Italy, Montenegro, Northern Macedonia, Slovakia and Slovenia.

One-day national high-level conference on the “Implementation of Law on Organization and Jurisdiction of State Authorities in Combating Organized Crime, Terrorism and Corruption“ was held in Belgrade attended by more than 140 judges, prosecutors, police officers and participants from other state bodies.

On the occasion of one year of enforcement of the “Law on Organization and Jurisdiction of State Authorities in Combating Organized Crime, Terrorism and Corruption”, the Anti-Corruption Forum was organised in Nis. More than 150 representatives from the specialised anti-corruption departments (deputy public prosecutors, judges and police officers), liaison officers, project experts, as well as representatives of other state bodies involved in repression of the corruption attend the Forum.

Jointly with the Ministry of Justice of the Republic of Serbia, the Government Accountability Initiative Project (USAID), and “Pistaljka”, the Serbian NGO for whistle-blowers protection”, the conference on “Protection of Whistle-blowers on Central and Local Level” was organised in Belgrade. 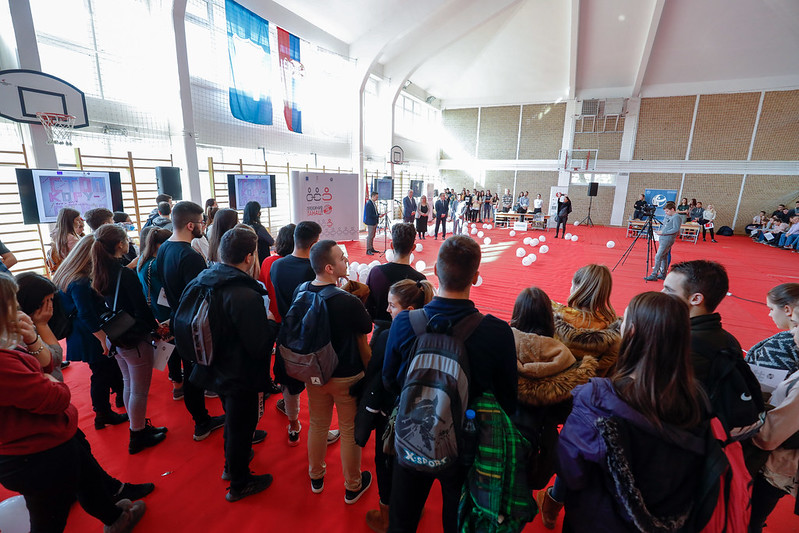 The Project delivered reports and analyses on different various document on legal framework in order to strengthened transparency, efficiency and coordination of anti-corruption institutions and policies in the area of prevention and fight against corruption as envisaged by the National Anti-Corruption Strategy and Action Plan and the Action Plan for Chapter 23.

The Project delivered the GAP analysis aimed to identify gaps between the provisions of the National Strategy, associated Action Plan as well as the Action Plan for Chapter 23 in the field of anti-corruption. The step-by-step approach to achieve the goals of both Actions plans is recommended.

During the epidemic of COVID-19, the Project delivered three online workshops (one live and two remote e-learning course where around 100 deputy prosecutor and police officers were presented and discussed best practices in enforcement of the new law on organised crime.

The Project will continue with the implementation of activities until December 2020 following all recommendation and decisions of Serbian Government and EUD to Serbia in regard to the COVID-19 measures.