Head of the EU Delegation to Serbia, Ambassador Michael Davenport and Mayor of Nis Zoran Perisic inaugurated new EU Info Point Nis premises in down town Nis (5 Vozda Karadjordja st.). As of 11 May, citizens of Niš and South East Serbia will have an opportunity to learn more about the EU, its institutions and EU-Serbia relations every weekday from 10:00-19:00 and Saturday from 10:00-15:00. 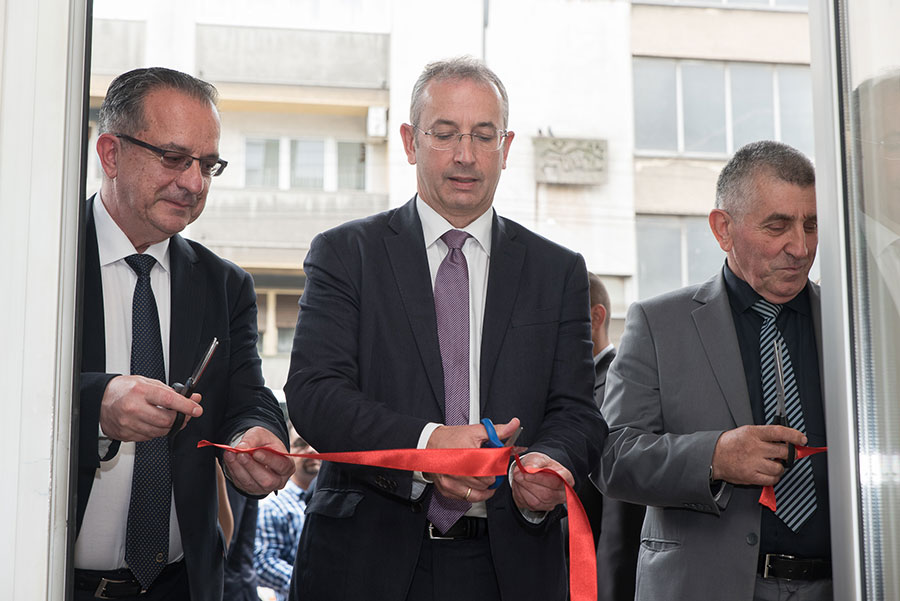 EU Info Point Manager Danijela Vucic said that even before the opening of the new office, the Point had lived in different deeds, visions, activities, results of numerous individuals and organisations who dreamed of and lived up to European dreams of their cities and local communities. “Today, our city, its citizens and neighbours in the region get their own recognisable, easily accessed space reserved for EU topics and information, a fully functional space aimed at citizens who want to learn more about the EU, take books and publications published by the EU Info Centre and take part in events dedicated to a wide variety of EU topics, and last but least, they will be able to do so in an attractive location in the very heart of Nis,” said Vucic. 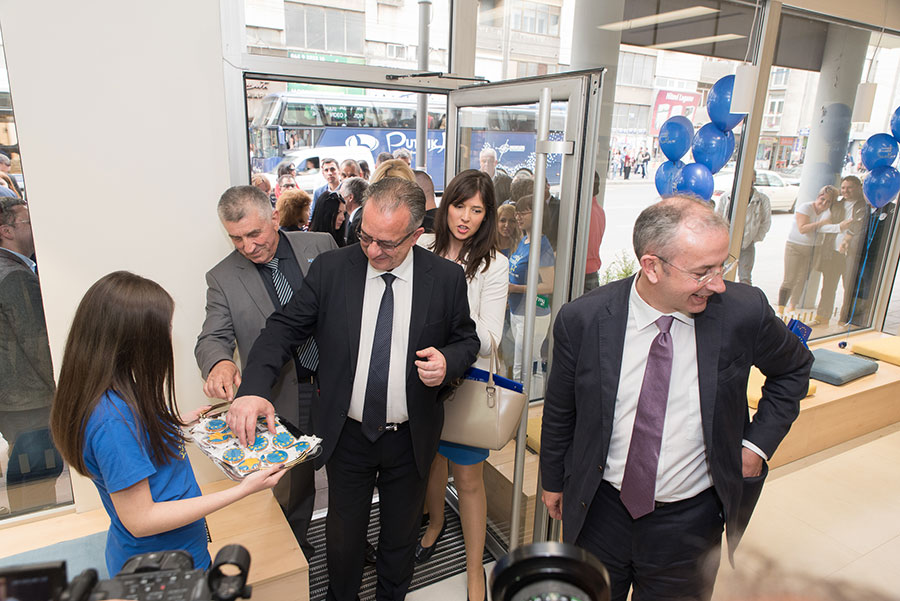 Following the opening of the Point, EU Ambassador Davenport launched another important event in Nis – photo exhibition “EU and Serbia: 15 years of partnership” at the Grand Hall of Oficirski dom in Nis.

The exhibition features 20 exemplifying photos and is part of the celebration of an important anniversary: a decade and a half of EU support to Serbia. Since 2001, the EU and Serbia have implemented successful projects, fostering development in many areas: infrastructure, education, health, environmental protection and many others.

“The exhibition shows that the EU is the biggest donor in Serbia. It allocated more than EUR3 billion to bring Serbia closer to the EU and Nis has seen lots of this support through the reconstruction of the University, purchase of equipment for specialist veterinary clinic, library, construction of Nis-Vranje power transmission line…” Davenport reminded. 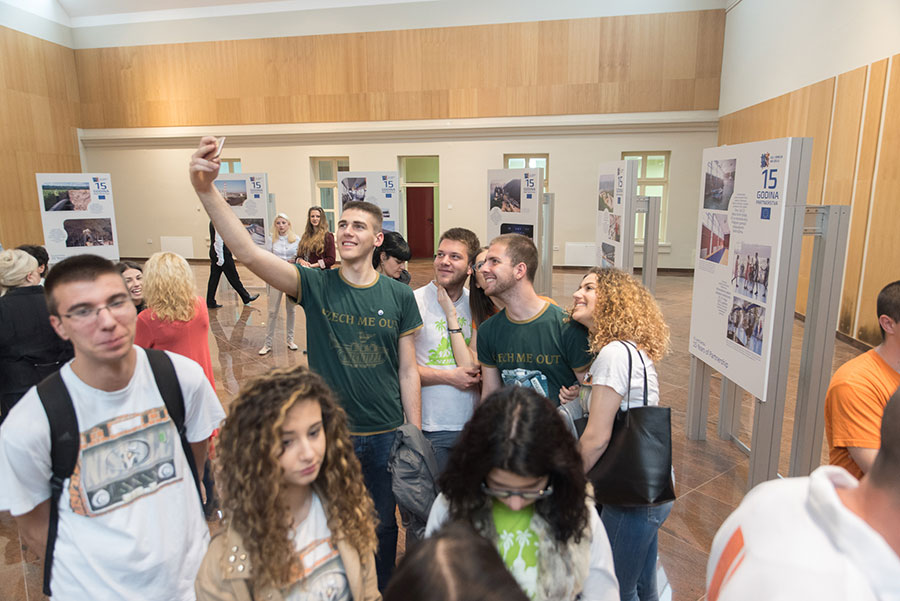 Mayor of Nis Zoran Perisic said Serbia has been the EU’s partner for much longer than 15 years.

“I am among those who love Europe and the Union and I will always remain an advocate of European idea because it would bring Serbia both new jobs and friendships. This idea moves Serbia closer to Europe and to what should be an aspiration of all Serbian citizens,” Perisic added.

European Union has also supported International Jazz Festival Nisvil. In the name of such good cooperation, Ambassador Davenport, accompanied by Festival management and volunteers, took a walk through Nis Fortress, the venue of the Festival traditionally organised in mid-August. Davenport did not hide he was impressed by the famous historical site and the Festival which has been surpassing national borders for quite some time. “I have never attended Nisvil, but Director sent me an invitation and I hope to visit Nis in mid-august and enjoy superb jazz, unless prevented by other responsibilities,” Davenport said.

High school student Strahinja Tabakovic shared his volunteering experience and advised young people to apply to volunteer during the Festival because it is the time when “Nis gets an entirely new and different look; the magic of jazz, which dominates the city at the time of the Festival, is hard to explain. Everyone should feel it for themselves.”

EU Delegation representatives than went to the National Theatre where “Europa” was performed, a play written by renowned Croatian author and playwright Ivana Sajko, co-produced by Imaginarni and Cankarjev dom from Ljubljana and directed by Primoz Ekart. The Embassy of the Republic of Slovenia made sure to provide free tickets for the performance, arousing great interest among citizens of Nis. Once the perormance ended, the audience in greeted “Europa” with thunderous applause. 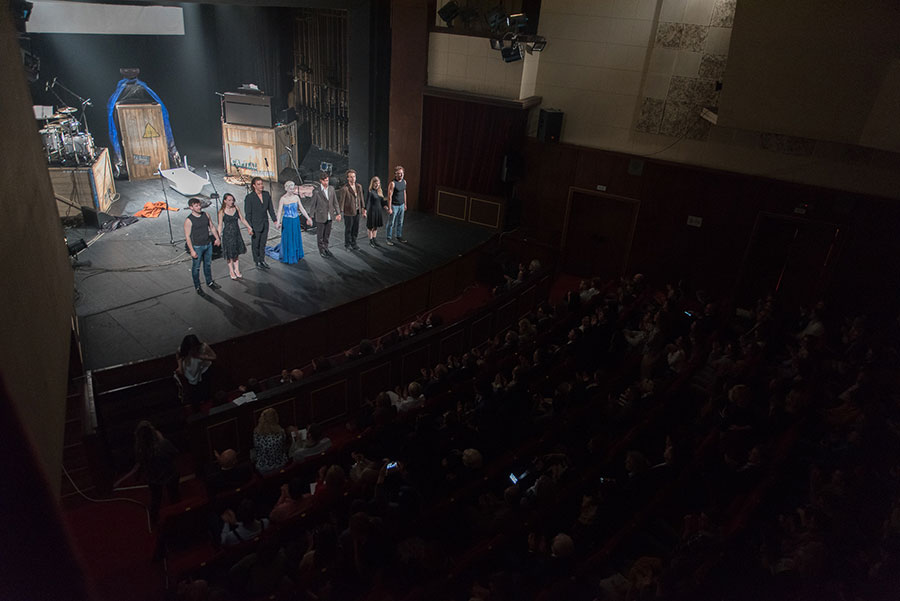 Last year, the play won Art Achievement award at the 25th edition of the Festival of Croatian Drama “Marulićevi dani“.