You are at:Home»News»Fabrizi: Young people will shape the future of Serbia in the EU

The city of Novi Sad, the host of the ceremony, was awarded the title of the European Youth Capital for 2019, and Ambassador of the EU to Serbia Sem Fabrizi said that the EU’s message was that the young people carry European values and that only together with them can we accelerate and facilitate the accession of Serbia to the EU.

“I congratulate the city of Novi Sad on the title, because it confirms its important role of a city that is open to the world and to Europe. This city will also be the cultural capital in 2021. This confirms that young people in Serbia will shape the future of this country inside the EU. The young bring changes and Serbia is changing. Serbia needs the creativity of younger generations, and this title will bring many young people to Novi Sad. Being the youth centre of Europe is an honour, a challenge and an excellent opportunity at the same time”, said Fabrizi. 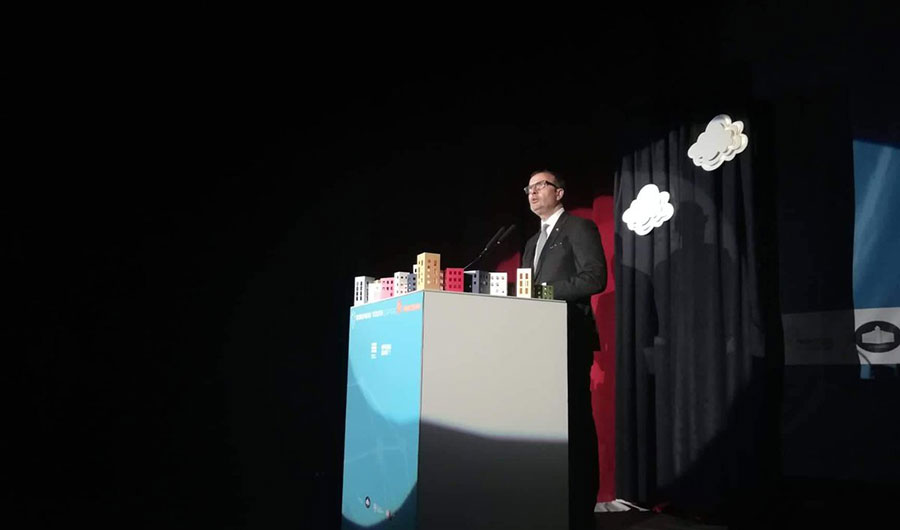 The European Youth Forum represents 104 youth organisations, which bring together around 150 million young people from all over Europe. Forum President Luis Alvarado Martinez explained that the cities carrying this title are the ones that think outside the box and where young people are in the foreground, just as their inclusion in decision making that affects not only them, but the whole community.

The coordinator of OPENS, the organisation implementing the project of EYC Novi Sad, Vukasin Grozdanic, announced that during next year more than 200 programmes and activities would be carried out.

“Our goal for the next year is to reach a number of 500,000 young participants in those programs. In the next few days, the Assembly of the European Youth Forum will take place in Novi Sad, that will set a new course. These exciting days in Novi Sad are just a fraction of what awaits us in 2019,” said Grozdanovic and announced the completion of drafting the Integral Action Plan for young people in Novi Sad, which should be implemented in February 2019.

Mayor of Novi Sad Milos Vucevic also attended the ceremony and emphasised that the work on the Integral Action Plan, or the five-year youth policy strategy, will be fully entrusted to youth organisations.

“The city of Novi Sad will have the most productive and progressive Integral Action Plan that will prove young people as active participants and decision-makers. However, beside that role, they have another important one because this is not just about their rights, but also about a shared responsibility. They must be ready, as responsible citizens, to accept the decisions taken and stand by them,” Vucevic said.

Prime Minister of Serbia Ana Brnabic also addressed the ceremony and underlined the main priorities of Serbia at the moment – to implement the education reform and encourage innovation and creativity.

“This is very important for creating a better future for new generations and preventing the brain drain. My vision of smart management is that the governments should think less and listen more. My goal is to support as many initiatives, especially those coming from young people. I think it is the best way to encourage them and show them that what they do and think is very important,” Brnabic said.

The European Youth Forum awards the title of the European Youth Capital to a European city for a period of one year, with the process designed to encourage young people, to increase their participation in decision making and to strengthen the European identity at the local level. The runners up of the 2021 competition were Varaždin (Croatia), Nicosia (Cyprus) and Kishinev (Moldova).