‘Corruption affects every society and its consequences are costly for citizens and economy. Fight against corruption deserves structural and long term efforts and investments from all stakeholders. Serbia should continue with the implementation of constitutional reform to ensuring the independence and efficiency of judiciary, as well as to boosting the capacity of all authorities, including the police, the prosecutors office, the courts and anti- corruption agencies. The track record of successful investigations, indictments, final judgments and confiscation of assets will be the measure to assess progress.

The EU will continue to support Serbia’s efforts in this area. The 4 million euro grant project just completed represents a very successful joint work. The EU will continue to allocate resources for activities pertaining to chapters 23 and 24, including the fight against corruption,” stressed Ambassador Sem Fabrizi, Head of the EU Delegation to Serbia, closing this EU funded project.

Closing online conference of the project “Prevention and Fight Against Corruption” was held on 17 February 2021. Introductory remarks entitled “Institutional capacity of the Republic of Serbia for the prevention of and fight against corruption” were given by Minister of Justice of the Republic of Serbia Maja Popović, Head of the European Union Delegation to Serbia Ambassador Sem Fabrizi, and Republic Public Prosecutor Zagorka Dolovac. 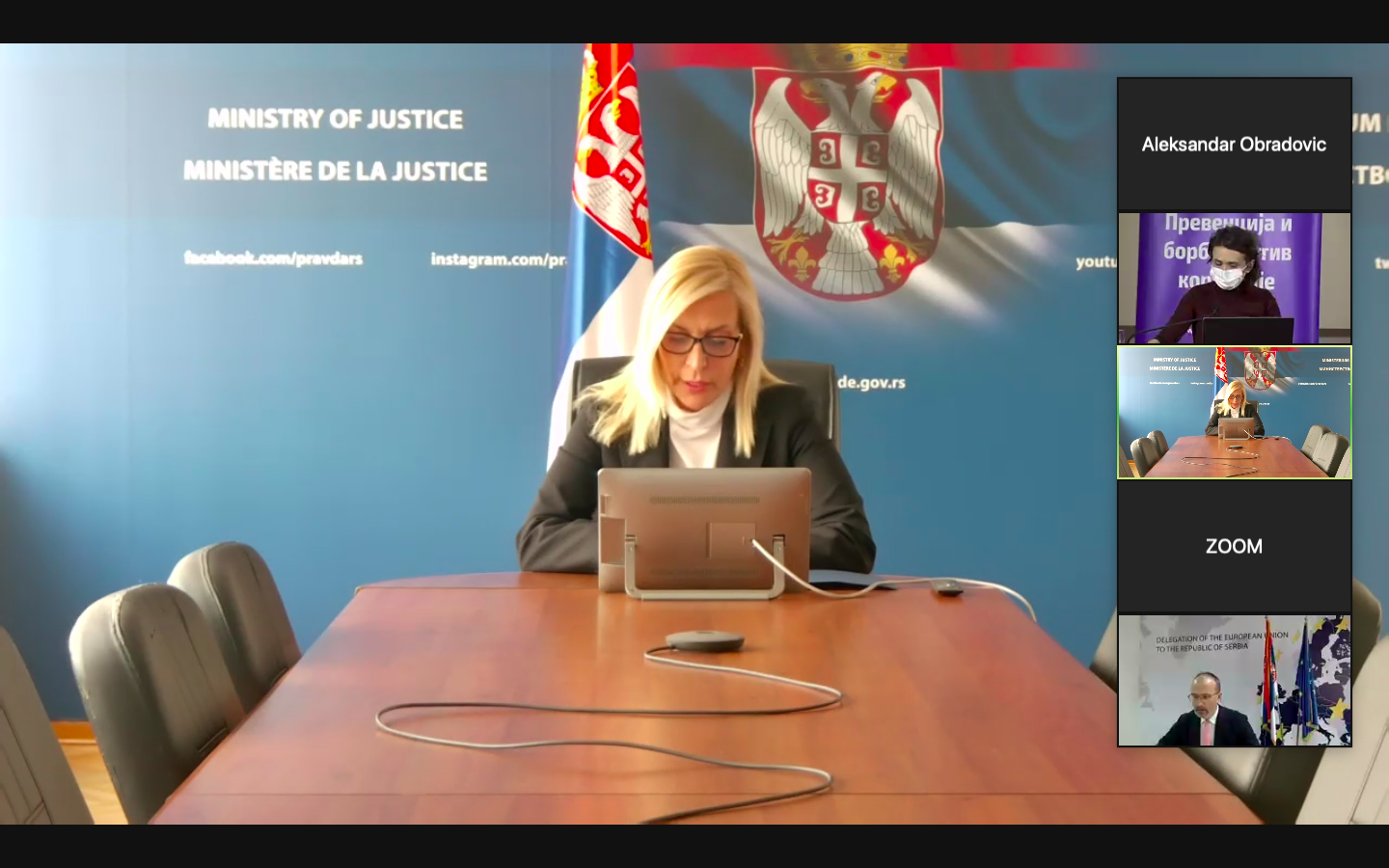 Minister of Justice Maja Popović said prevention of and fight against corruption are the fundamental conditions for Serbia’s full-fledged EU membership. “The Government of the Republic of Serbia is pursuing a zero-tolerance policy with regard to systemic corruption. This project contributed to experience exchange with top international experts in the area of combatting corruption and to strengthening of national institutions directly involved in the prevention of and fight against corruption,” Minister Popović pointed out.

Zagorka Dolovac, Republic Public Prosecutor, highlighted that combatting corruption is one of the priorities of the Republic Public Prosecutor’s Office. “Serbia has modernised its criminal code by introducing existing international standards. Also, a close cooperation between relevant public authorities has been established. Liaison officers were appointed by those authorities to speed up cooperation with the public prosecutors’ office. Public prosecutor offices have shifted their way of thinking and the way they are doing their job and are now applying new methodologies and knowledge. I believe we need understanding, guidance and support from both executive and legislative branches in these efforts, but also from citizens and international partners, primarily the European Union,” Dolovac explained. 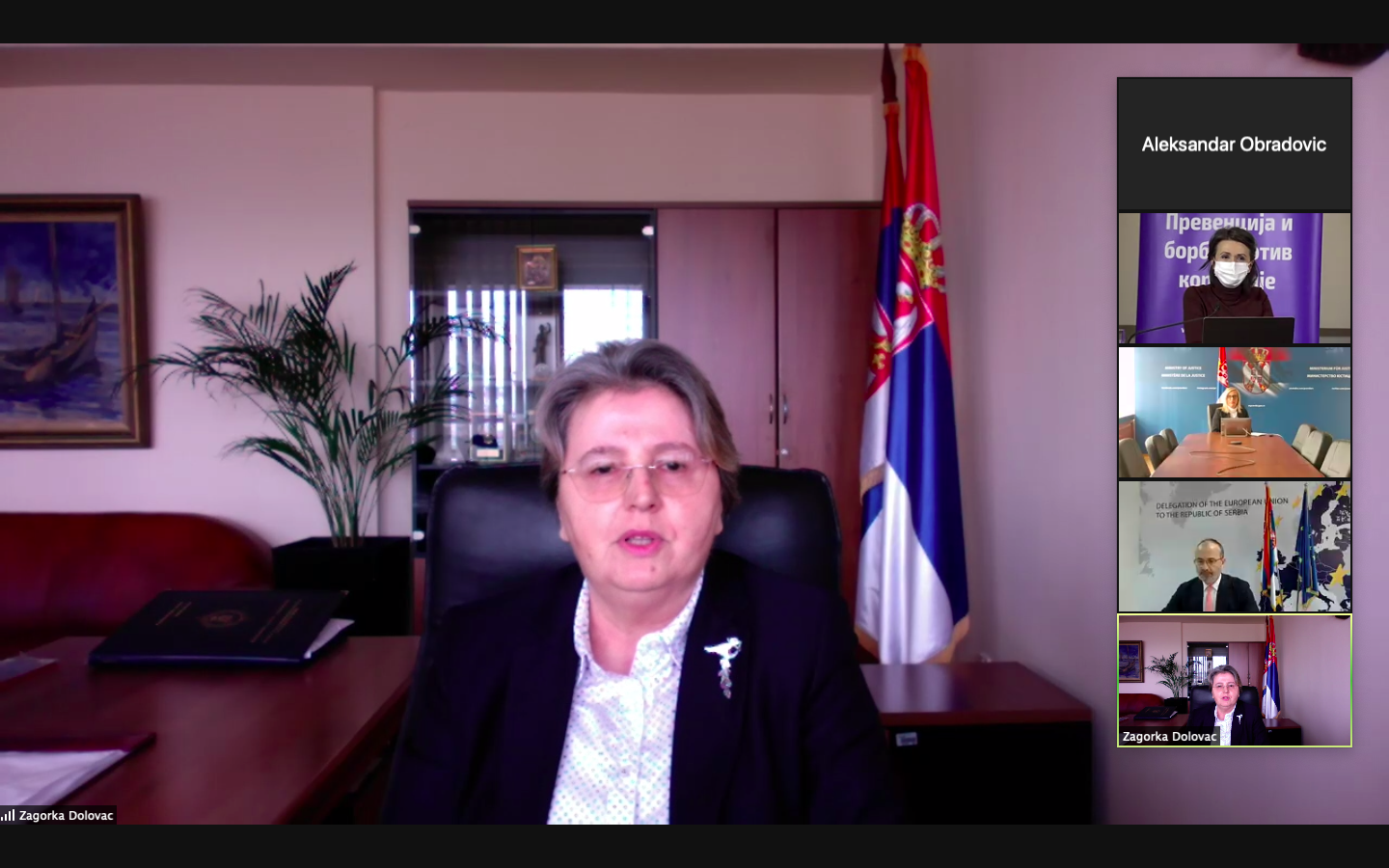 At the conference that marked the completion of the three-year project “Prevention of and Fight Against Corruption” funded by the European Union, the participants laid out the results of the project, defined next steps and discussed the COVID-19-induced challenges in the area of fight against corruption.

Over the course of three years, the project team worked closely with the Ministry of Justice and the Republic Public Prosecutor’s Office as main beneficiaries, on fighting corruption, introducing financial investigations in corruption-related cases, and the promotion of transparency and integrity in the public sector. 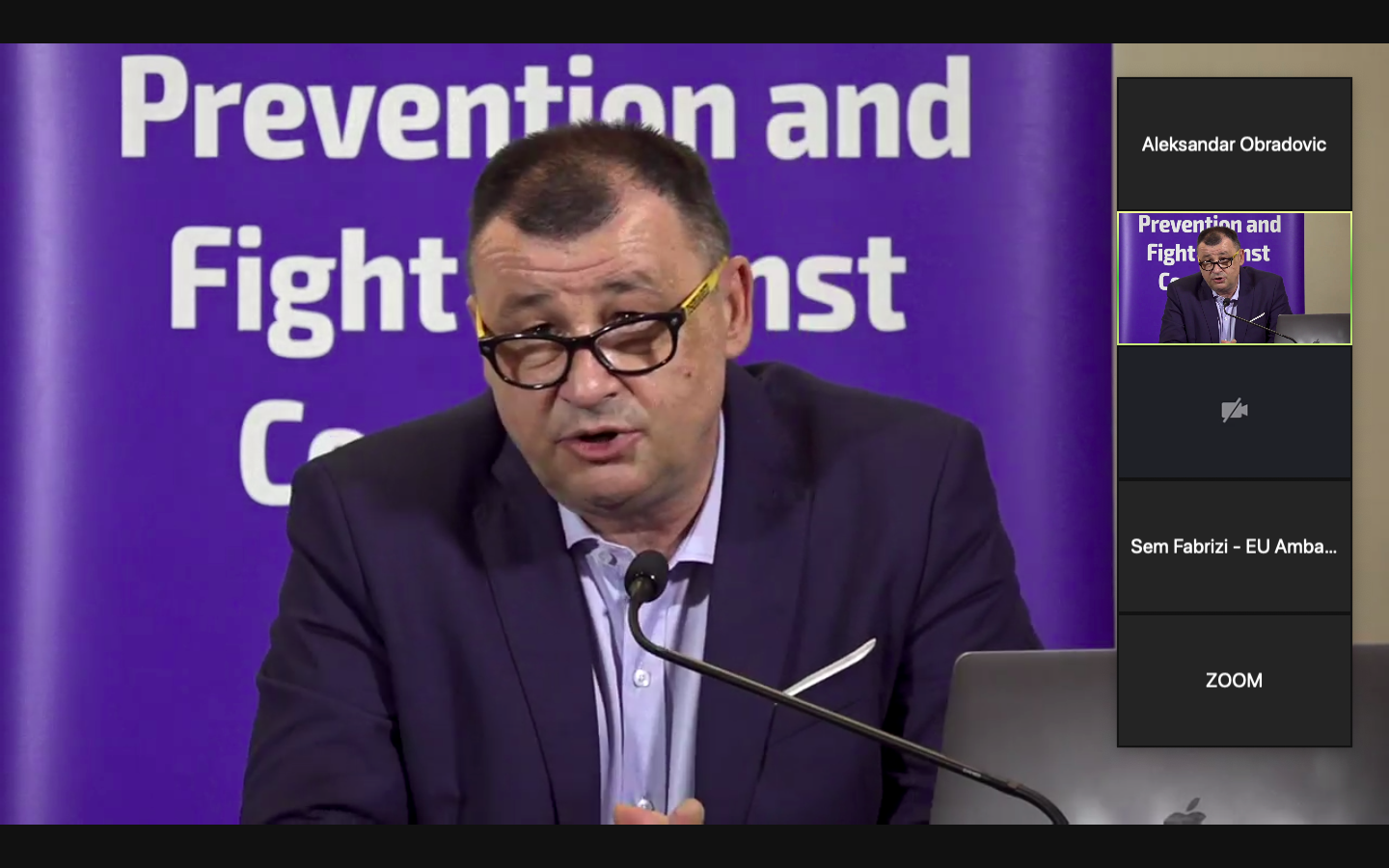 Over 130 training sessions, seminars, round tables, and conferences were held within the project, covering the topics of financial investigations, strengthening of inter-institutional cooperation, conflict of interest management, whistle-blower protection, development and implementation of anti-corruption policies, processing and analysis of data, and strengthening of cooperation between the public sector and civil society. These events, which took place across Serbia, were attended by more than 2,470 local government civil servants and civil society representatives.

The project supported the process of evaluating the needs for training and assessing the risk of corruption in different sectors; producing training curricula; conducting legal expertise and comparative analysis of the level of harmonisation of the national legislation with EU standards and best practices.

In cooperation with the Republic Public Prosecutor’s Office, the Supreme Court, and the Ministry of Interior, training was organised for over 140 anti-corruption defenders (judges, prosecutors, and police officers) from the newly established anti-corruption departments, set up in line with the Law on the Organisation and Jurisdiction of Government Authorities in Suppression of Organised Crime, Terrorism, and Corruption. As part of the public awareness raising campaign, a series of four anti-corruption classes dubbed Break the Chain! Say NO to Corruption were held for high school pupils. 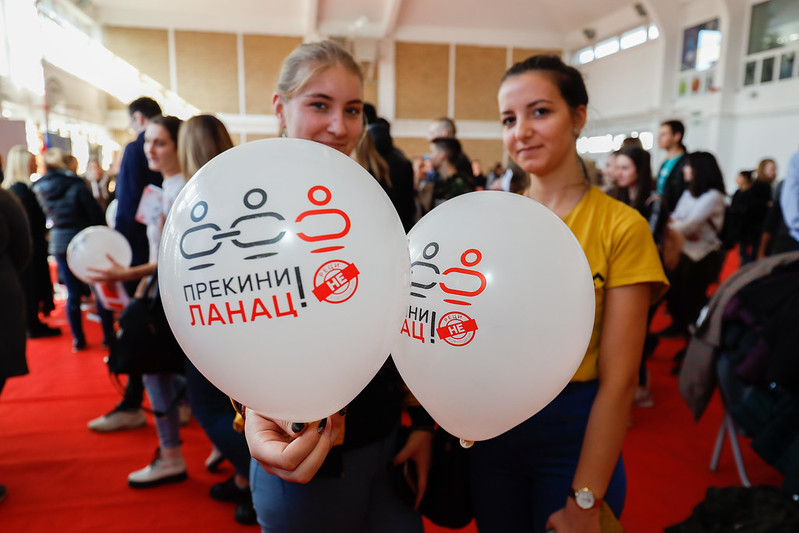 The online conference, divided into three discussion panels, was attended by national and international experts, whose experience and expertise may inspire institutions and organisations in the Republic of Serbia to forge new partnerships, apply new technologies, and have a better grasp of the importance of existing anti-corruption mechanisms.

The participants of the conference concluded that Serbia made significant progress in the fight against corruption and that the capacity of key institutions of the Republic of Serbia dealing with fight against corruption was reinforced and promoted further, thanks to European Union’s support via the project “Prevention of and Fight Against Corruption.”

The European Union financed the project with over EUR4 million. The project was implemented by a consortium led by PWC.

More info about the project: