The three winning schools received sporting equipment wagers as part of the “TrainiGO – Running for Schools” challenge, organized by the Olympic Committee of Serbia, the Ministry of Youth and Sports and the Delegation of the European Union to Serbia. The awards were presented during the 8th Sports Fair. 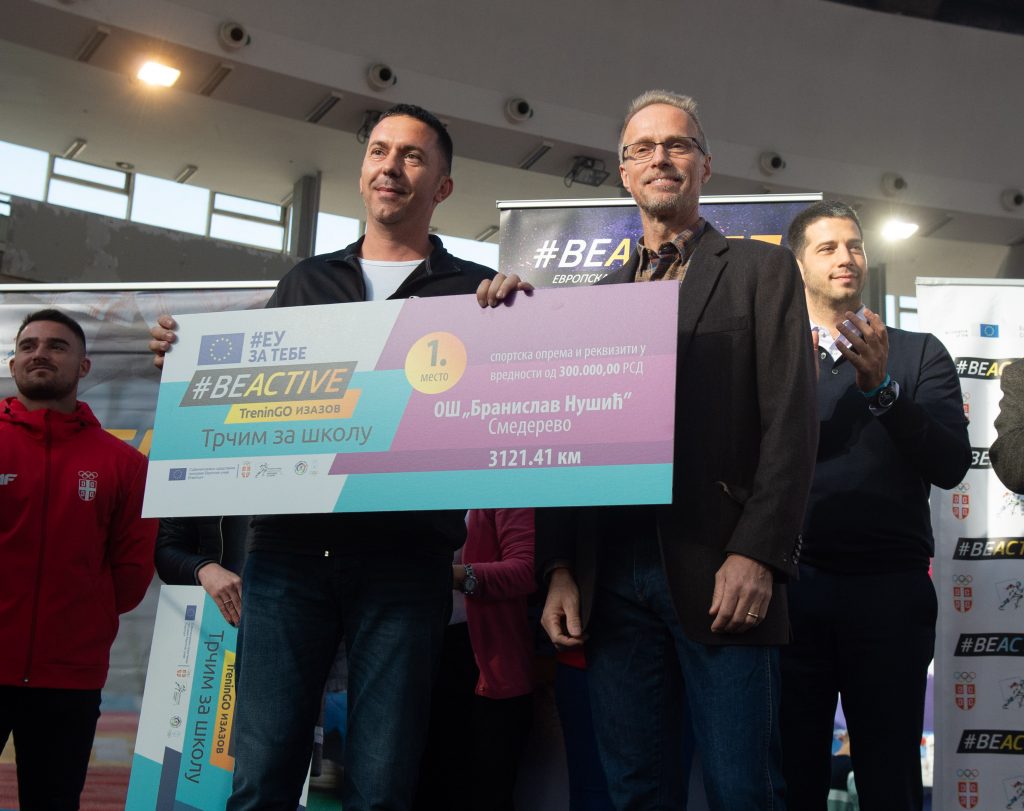 Since I am a runner myself, I am glad that this challenge has had this particular activity in the spotlight, says the EU Delegation to Serbia Chief of Cooperation Yngve Engstrom.

“Sport strengthens the body and the mind and teaches us to win and lose, to respect our opponents, and this is all about life! I am happy that today we are all here to reward the best schools,” Engstrom said.

During the challenge, over 11000 kilometers were run, which is a greater distance than from Belgrade to Tokyo, where the next Olympic Games will be held, says OCS President Bozidar Maljkovic.

“Dear children, I congratulate you on your success and I believe that these valuable awards provided by the EU Delegations to Serbia will make physical education your favorite subject at school and will motivate you to be active, play sports, and one day win a medal at a future Olympics for our country, “says Maljkovic. 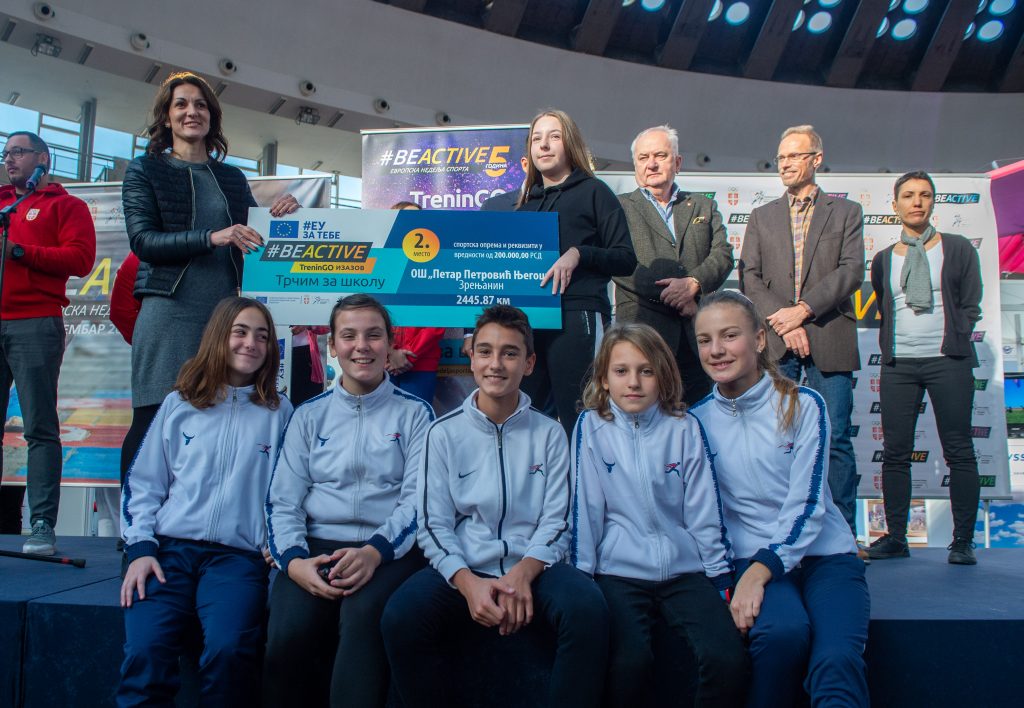 The goal of sports is to socialize and get to know each other, says Minister of Youth and Sports Vanja Udovicic, who congratulated the winners.

“I think with this application and program we were able to motivate students to play sports and recreation, to compete, to learn to win and lose, to acquire the right sports skills and to make them better people,” says Minister Udovicic.

We want to include as many children as possible in different types of physical activity, and at this Sports Fair, children had the opportunity to choose the sport that you would like to practice, says the president of the Association for School Sports of Serbia, Zeljko Tanaskovic.