RescEU: Over a Million Masks and 700.000 Protective Gloves Arrive from EU to Serbia

310 000 FFP2 masks, 730 000 surgical masks and 730 000 pairs of protective gloves arrived today in Belgrade and were delivered to a warehouse of the Ministry of Interior. The protective gear is part of a donation from the European Union to Serbia through the EU Civil Protection Mechanism which operates a special facility for emergency situation called rescEU. The delivery has a worth of 857,000 EUR.

The goods arrived from stockpiles located in Belgium and Romania.Serbia is the biggest beneficiary of the rescEU in Europe during the COVID 19 crisis, having received personal protective equipment of a value more than 6.8 million Euros.

EU assistance during COVID-19 has taken many forms: funding recruitment of Serbian medical staff, transporting hundreds of tons of medical supplies, donating millions of personal protective items, bringing back Serbian stranded citizens from every corner of the world, purchasing ambulances and decontamination vehicles. All these are donations. 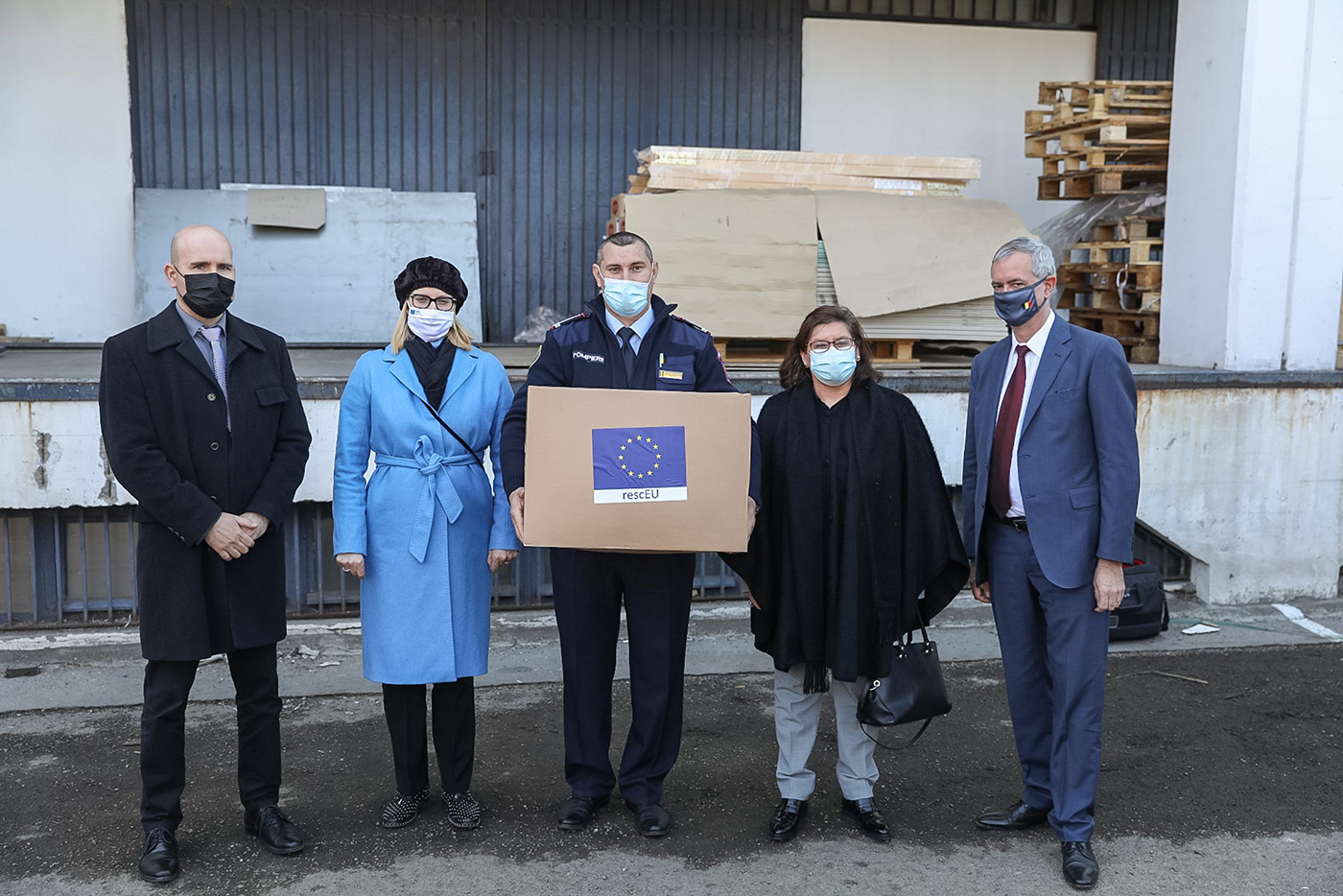 The chargee d`affaires of the EU Delegation to Serbia, Mrs Mateja Norčič Štamcar was present at the handover of the assistance. Mrs Norčič Štamcar stated that the EU Civil Mechanism is the mechanism of true solidarity, and that, while people can sometimes forget the numbers, the help remains.

„One thing we never forget though: this is the sense of relief we feel when we and our loved ones are safe from a health risk.

I feel proud of this consistent expression of solidarity not only because the EU is the largest donor in general to Serbia, but because it remains the largest donor when it is needed the most and has been supporting Serbian healthcare system long before this pandemic broke out.“ 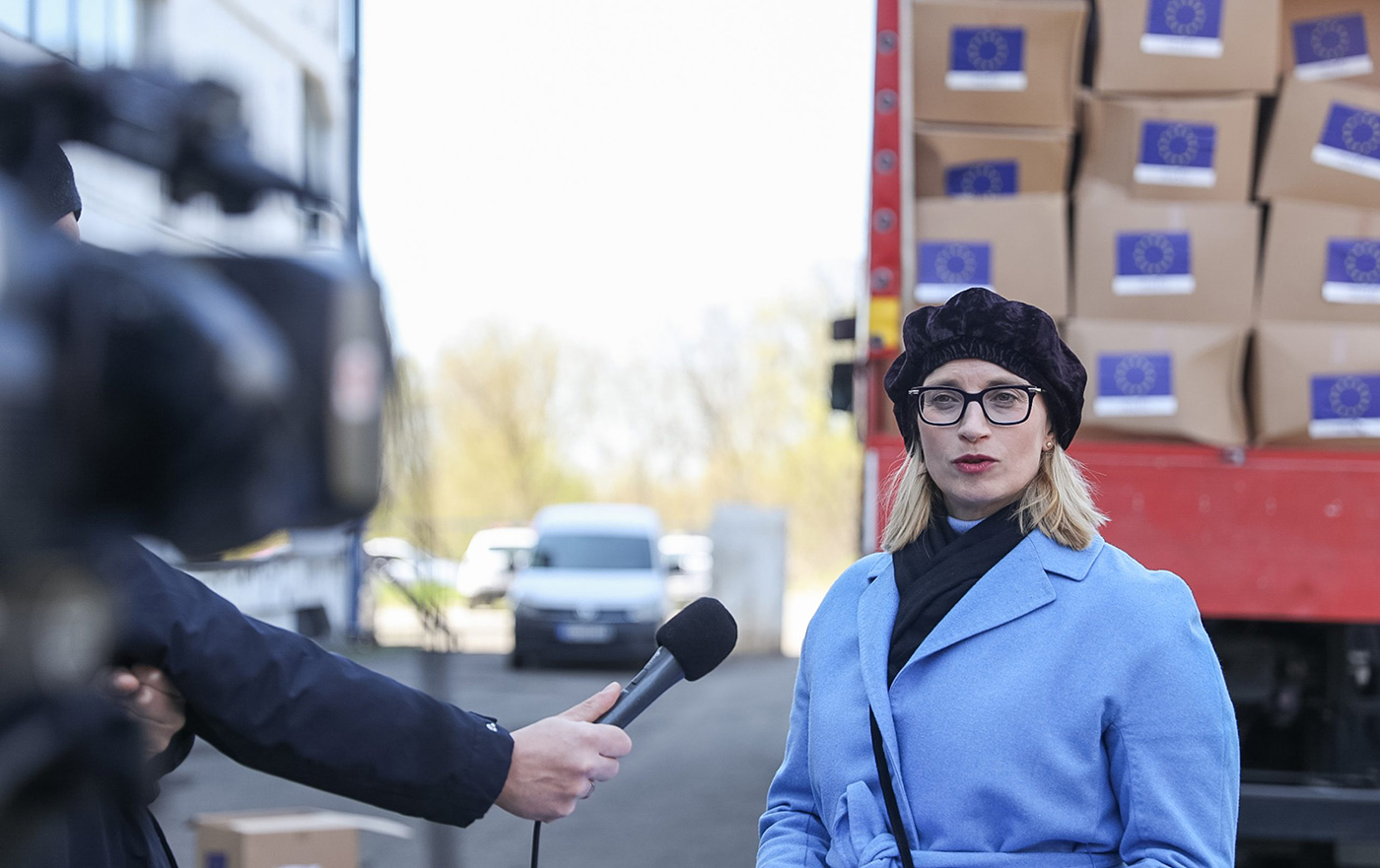 Belgian Ambassador Koen Adam was also present at the handover and expressed his satisfaction with the arrival of the EU-funded delivery of protective equipment through the RescEU mechanism. The delivery from Belgium consists of 730 000 surgical masks and 730 000 protective gloves and is escorted by a team of the Belgian civil protection and the Ministry of Health.

Ambassador Adam stated: „The EU is all about solidarity and mutual support, not just among the member states but also and in particular with the countries that are candidate countries for EU membership. Today’ s donation is another great opportunity to make this solidarity tangible.“ 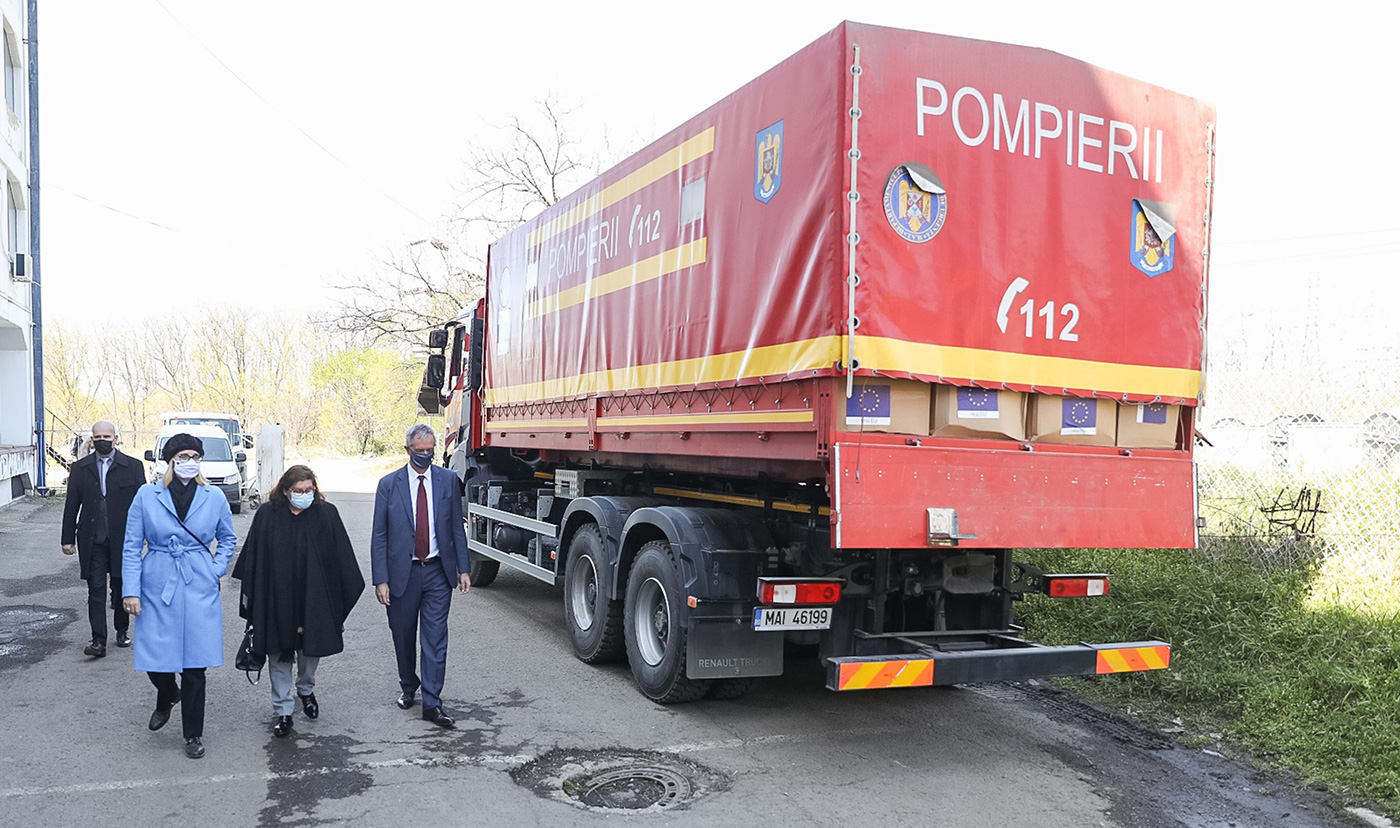 „The present shipment of protective equipment coming from the strategic RescEU distribution centers from Romania and Belgium is another proof of European Union solidarity with Serbian people and authorities. We are committed to continue ensuring effective delivery of essential medical equipment to Serbian people. We would like to emphasize on this occasion that Romania and Serbia have a good and substantial cooperation in the field of rescue operations and intervention in cases of natural disasters and this is going to continue in the form of further projects.”

In 2019, the EU reinforced and strengthened components of its disaster risk management by upgrading the EU Civil Protection Mechanism. The latest element introduced – rescEU – has the objective of enhancing both the protection of citizens from disasters and the management of emerging risks.

In addition, rescEU establishes a new European reserve of resources (the ‘rescEU reserve’) which includes a fleet of firefighting planes and helicopters, medical evacuation planes, as well as a stockpile of medical equipment and field hospitals that can respond to health emergencies, and chemical, biological, radiological, and nuclear incidents.

The EU Civil Protection Mechanism facilitates cooperation in emergency response, preparation and prevention between Member States, as well as several other European countries. Serbia became a member of the Mechanism in 2015, but even before that, during the devastating floods in May 2014, Serbia benefitted from the EU Civil Protection Mechanism. That operation was one of the largest since the mechanism was established.