The European Union and the Government of Serbia signed today a financing agreement which will guarantee Serbia another 138.55 million Euros in donations.

In the last ten years the EU granted support to Serbia worth 2.5 billion Euros. These funds aim at supporting Serbia meeting European standards and to help modernise the country – ranging from topics such as public administration reform, environmental protection, agriculture, infrastructure, support to the digital economy to name a few.

The latest agreement was signed today by Minister for European Integration Jadranka Joksimovic and the EU Commissioner for Neighbourhood and Enlargement Negotations, Mr Oliver Varheyli in the presence of President Aleksandar Vucic and the Ambassador of the European Union to Serbia, Sem Fabrizi.

The funds will be allocated into projects, run by implementing partners and will be largely dedicated to three areas: 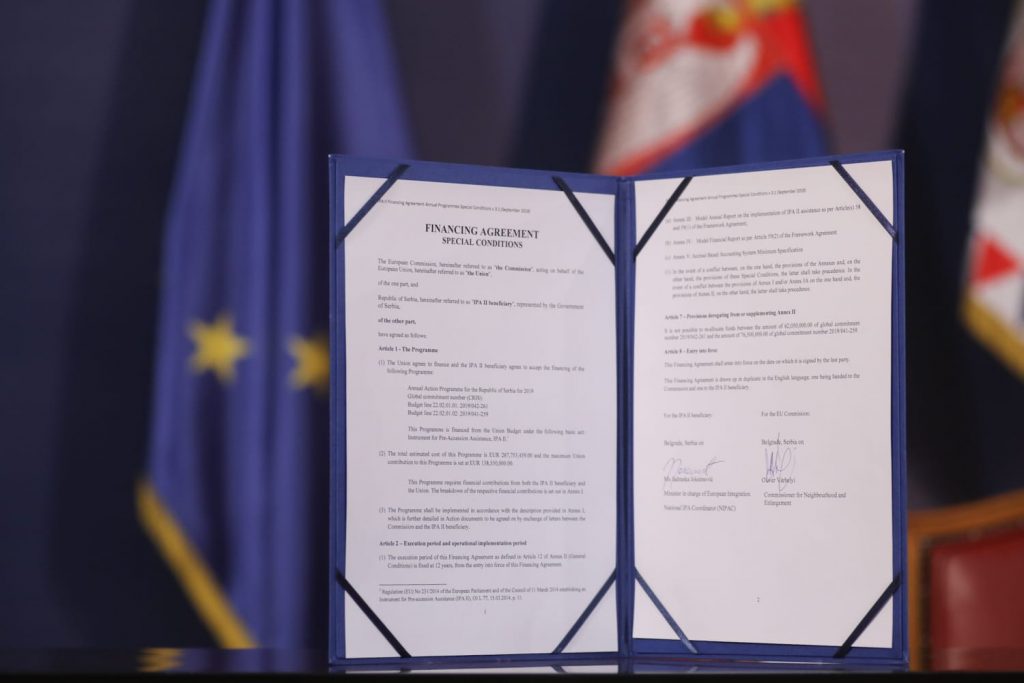 Other areas covered include support for the participation in EU programmes such as the science programme Horizon 2020 or the educational programme Erasmus+. Support to countering the effects of disasters such as floods is also part of the newly signed aid package.

The European Union is Serbia’s number one partner: its biggest donor (over 2,5 billion of non-refundable grants in the last 10 years), main trade partner (65% of total trade) and first investor (70% of total Foreign Direct Investments).