At the Intergovernmental Conference held on Monday in Brussels, Serbia opened two new chapters within its EU accession negotiations – chapter 26 (Culture and Education) and chapter 20 (Enterprise and Industrial Policy).

Chapter 26 was immediately closed as the area of culture and education entails no common EU alignment criteria and thus no closing benchmarks.

European Commissioner for Neighbourhood Policy and Enlargement Negotiations Johannes Hahn commended Serbia’s success and said that the country had proved its firm commitment to negotiations.

“The results produced are impressive. Progress in the area of education and entrepreneurial policy is good, Serbia is moving towards normalisation of ties with Kosovo with a clear European perspective. I am confident that additional chapters would follow. We will do our part of the job any time Serbia achieves good results. I hope that the launch of election campaign would not hamper the process, but boost it further,” Hahn said.

Louis Grech, Deputy Prime Minister of Malta, said that the opening of new chapters sent a positive signal and added that the EU was making progress in the context of enlargement. He said the EU was pleased with the progress made within accession negotiations, adding that the chapters opened today were not important only in terms of negotiations but also in terms of bringing concrete benefits to citizens.

“The EU will continue to monitor the progress made within these chapters. Serbia has shown its resolve and was thus encouraged by the opening of two chapters. At the same time, the EU has shown its commitment to the entire region of the Western Balkans. Serbia and the Western Balkans play a major role in bringing peace and security about. I would like to congratulate the Government of Serbia for the effort it had put in. I call on it to continue the reform process in order to make further progress and encourage it to build on this momentum,” Grech said. 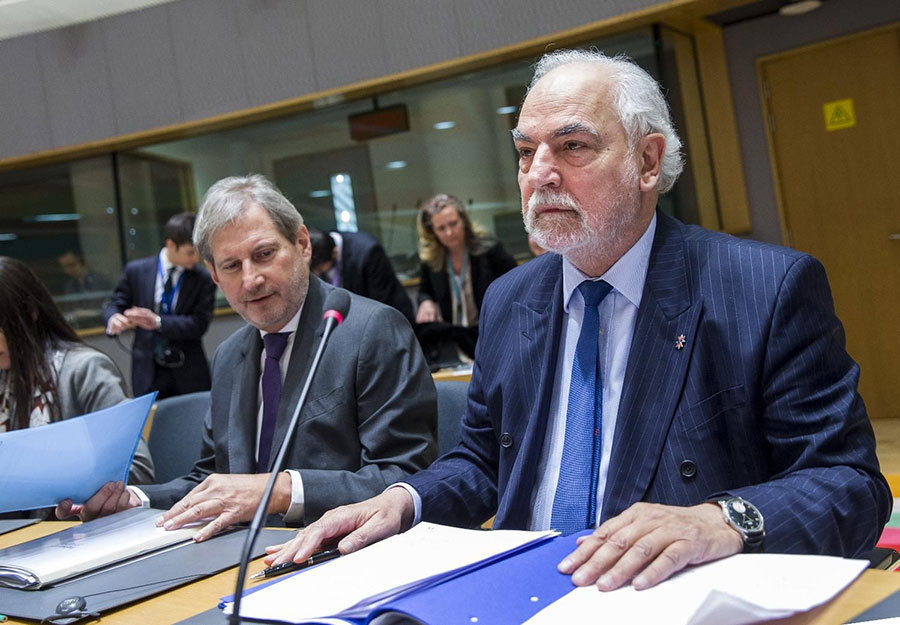 Minister Jadranka Joksimovic said that the Intergovernmental Conference was the proof of steady dynamics which served as a good basis for further work and showed that the results achieved by Serbia were acknowledged by the EU and would provide a momentum to further intensify the reform effort.

“Reform is important – this is the message we are sending to our citizens not because Brussels says so, but because we wish to improve the society and join the EU club which we perceive as the best place to live and work. The reform manifests itself through the opening of chapter 20, dealing with enterprise. We want to make SMEs the backbone of our economy. Opening a chapter is a good thing but closing it poses a real challenge,” Joksimovic said.

She said that 2017 would see elections in major EU countries which might affect the enlargement agenda. According to her, this is why it is necessary to convince citizens that the enlargement is the best policy.

“In order to convince our citizens that the European path is the best we need to cooperate. This is why the effort made by the Government, and the effort that will mark our European path, is twofold – implementing the reform in the country and promoting cooperation in the region.”

Serbia has so far opened six out of 35 chapters within its EU accession negotiations which kicked off in January 2014.

The first chapters were opened in December 2015: chapter 32, Financial Control and Chapter 35 – other issues, which in case of Serbia entail the normalisation of ties with Kosovo*.

Chapter 23 – Judiciary and Fundamental Rights and 24 – Justice, Freedom and Security were opened in July 2016.

Chapters 5 and 25, dealing with Public Procurement and Research, respectively, were opened on 13 December 2016.