“I don’t just admire celestial objects; I study them. Not to advance the state of the science, not to make the world a better place, but to make me a better person – more perceptive, more aware, more engaged with the world.” (Tony Flanders, The meaning of Stargazing)

Ever since becoming a conscientious being, man has gazed at stars. At first, man gazed at stars, looking for consolation and signs of deities that shaped his beliefs. As knowledge and science advanced, man started to use stars for orientation, navigation, and to better understand his own place in the universe. And never, not even after thousands of years, has he stopped admiring their beauty.

Has the time come to link stargazing with science and education, and combine them into a tourist attraction? Professors and associates of the Department of Physics of the Faculty of Sciences of Novi Sad, in cooperation with their colleagues from Hungary and Serbia, showed that indeed it is the time to do so through an inspiring, compelling, and creative project.

The project entitled Night sky of Vojvodina and Bács-Kikun as a new tourist attraction, aka VoBaNISTA, was approved by the European Union in November 2017, as part of the Interreg-IPA Hungary-Serbia cross-border cooperation programme, and will run through October 2020. On the Hungarian side, the project is implemented by the Foundation of Astronomic Observatory from Baja (BajaiObszervatóriumAlapítvány), as the project’s main beneficiary, while on the Serbian side, the effort is joined by the faculty of Sciences of Novi Sad as a project partner.

The main idea behind the project was to tap into unfulfilled potential of the Vojvodina/Bács-Kiskun region; the quality of night skies, wildlife reserve, and cultural heritage and to turn them into fresh tourist attractions. It is aimed particularly at primary school children, families, students, and young people who visit music and cultural festivals in the territory of Vojvodina and Bács-Kiskun.

Over the course of two years, over 30 activities and programmes have been carried out, including the establishment of a mobile observatory (unique in our region), the construction of a visitor centre (planetarium), astronomic camps, observations, and contests, cycling-astronomic tours, international conferences, wildlife reserve tours, educational workshops, lectures, festival participation… 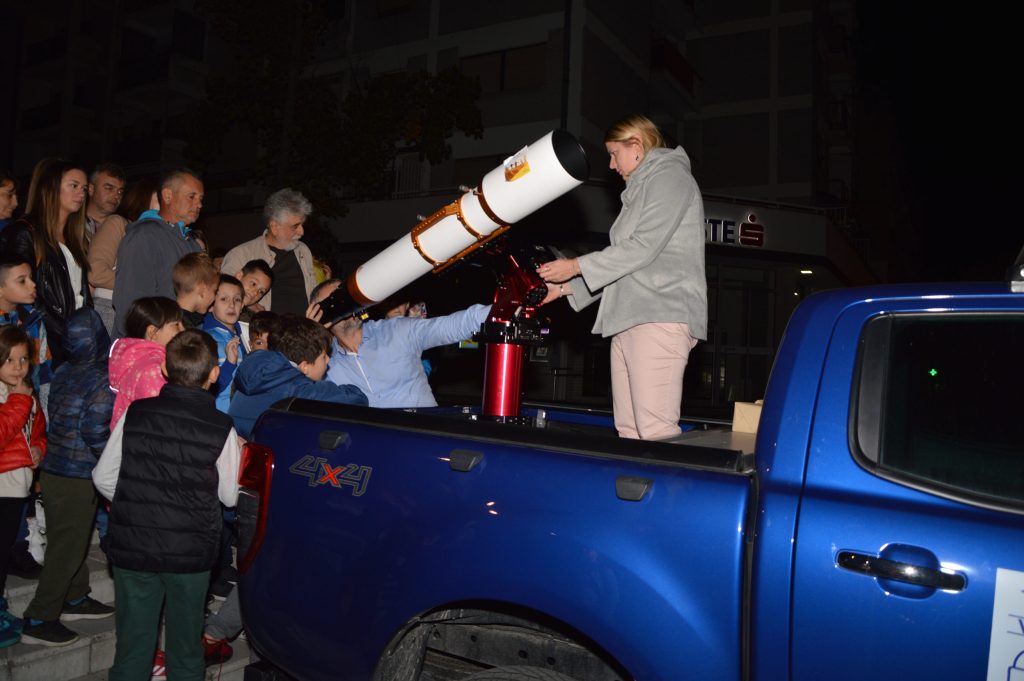 “Project VoBaNISTA allowed us to raise awareness of the issue of light pollution in urban areas and the importance of maintaining the night sky and its quality at the levels from the past among citizens and young people,” project coordinator and supervisor dr Kristina Bikit-Šreder explained and added: “Thanks to the equipment received within this project – in the form of mobile observatory and a number of telescopes – we managed to take observations outside of urban areas and conduct them in wildlife reserves and rural areas instead, showing people that there is no substitute for the night sky in these modern times, which is why it matters to preserve it for future generations.”

In 2018 and 2019, VoBaNISTA project was showcased during one of the biggest tourism events in Serbia, EXIT Festival. On these occasions, project team was visited by Head of the EU Delegation to Serbia, Ambassador Sem Fabrizi, who was briefed about the results and future activities of the project.

Apart from the development of new tourism offer, popularization of astronomy and science among children and youth, raising awareness about light pollution, fostering cooperation between partners from neighbouring countries, the project’s added value is reflected in its viability. The mobile observatory will help to extend the knowledge of generations to come, offering a unique opportunity to see and experience parts of the universe. 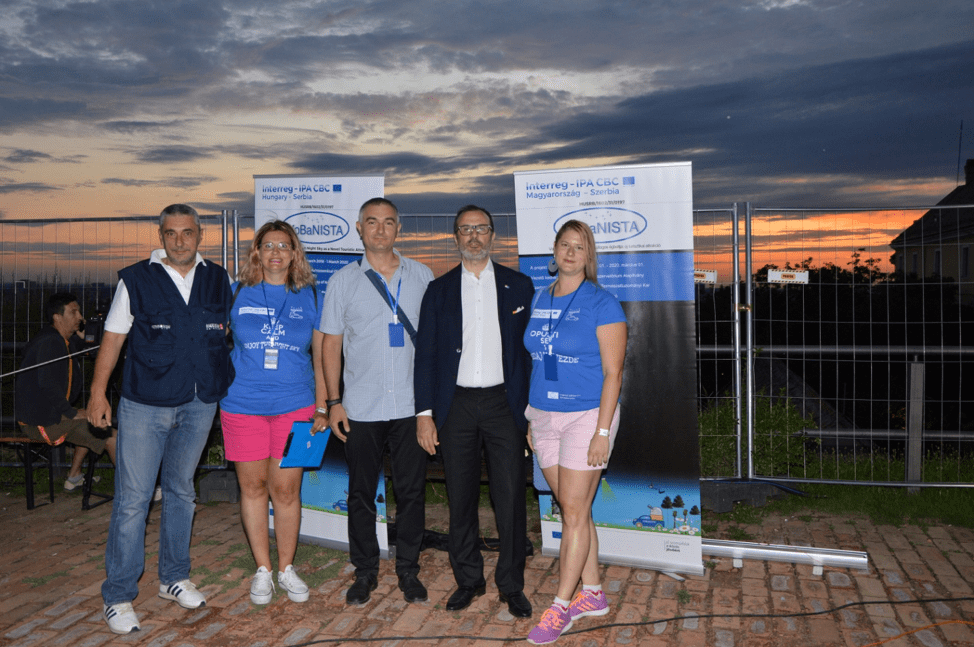