Local self-governments play a key role in the European integration process, it was concluded at the presentation of the European Commission’s Annual Report on Serbia, which was organised by Standing Conference of Towns and Municipalities (SCTM).

Head of the EU Delegation to Serbia Sem Fabrizi says that guidelines on how to accelerate and improve reforms of the functioning of local self-governments can be found in the Report.

“The capacity of local governments should be improved and there are big differences between individual municipalities.  The responsibilities on local level are assigned without any adequate analysis of capacities or human and financial resources.  However, there was progress in the field of consultation with local authorities during the law proposal process”, Ambassador Fabrizi says, citing parts of the Report.

“The government remains committed to making administration more accessible.  There was progress in the field of electronic services, such as the enforcement of the Law on electronic administrations, which was adopted in April 2018”, Fabrizi adds.

The European Union will continue to support development initiatives on local and regional levels, the Ambassador confirmed.  More then EUR 400 million has been invested in such initiatives so far, and the EU PRO programme particularly stands out.

“The Annual Report clearly states what is needed in order to make the integration process more dynamic.  It can only be achieved if accession becomes a project uniting all parts of society”, the Head of the EU Delegation concludes. 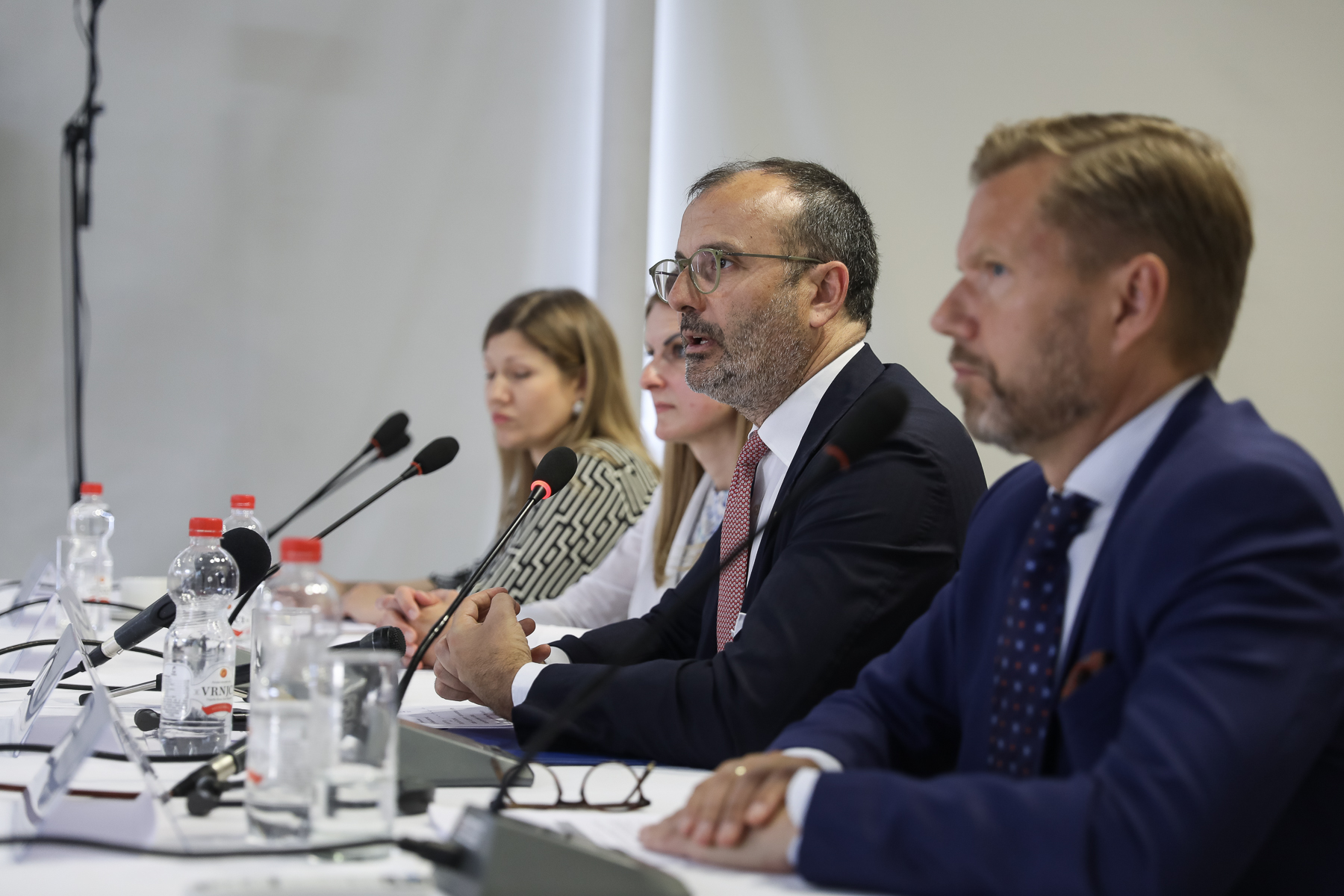 Deputy Ambassador of Sweden in Belgrade Joachim Wearn thinks that the EU will be better when countries in the Balkans, including Serbia, join the EU.  However, he states that every country must individually achieve certain standards before accession”.

“We will help on that journey but the most important part of the work is up to each country itself”, Wearn says.

Local self-governments should realise around 70 percent of obligations that await Serbia in the European integration process and that is why their role in this process is very significant, President of SCTM Dusanka Golubovic says.  She claims that it is also important that local communities realise where improvements during the process had been made, and where there was still room for reforms.

“SCTM, as an association of local self-governments is directly included in three negotiation groups, and indirectly in more of them”, the Mayor of Sombor explains.

She concludes that local self-governments need to work harder on the plan of harmonising their acts with European ones in order to use financial aid more efficiently.