The wild Danube in the focus of tourists

Nature has always been there to unite us, not separate us. There are no boundaries when it comes to nature. That is why more and more associations and organizations are connecting through cross-border cooperation programs to build and preserve the ecosystem which we are all a part of. One such project is the INTERREG IPA cross-border cooperation project between Serbia and Croatia: Danube Wilderness Route – New ecotourism programs for wildlife observation.

By developing a special form of cross-border tourism, the project partners sought to establish a sustainable model of natural site management, focusing on education, marketing, quality management and infrastructure. Electric cars and bicycles were procured and sites for observing animals and the most characteristic species for observation were defined. The focus is on the construction of special observatories from which visitors could enjoy the beauties of wild species. Currently, three photo hides are being built, as well as their preliminary design. They serve primarily to hide visitors who will photograph the wild world.

According to Dinko Pešić, project manager from the Association for Nature and Environmental Protection Zeleni Osijek, already during the construction, the project led them to interesting discoveries, which is one of its goals. During the research of the terrain and potential locations for observing and photographing animals, as well as setting up shelters and lookouts, a new colony of birds was found on the Čarna canal near Zlatna Greda. The colony is mixed, which means that different species of wetland birds nest in it. 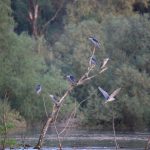 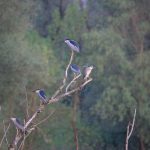 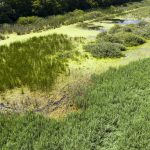 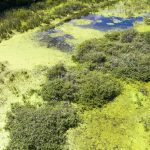 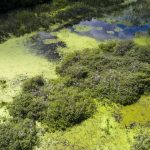 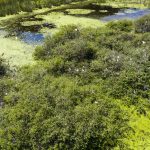 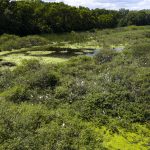 “This is currently the only colony in the wider area of the middle Danube region where all these species nest at the same time and is therefore very interesting for observation and photography. The Čarna Canal is located only 800 meters from the village of Zlatna Greda and also represents the northern border of the Kopački rit Nature Park. Through the project, a smaller observatory will be built and set up near the colony, hidden at the edge of the forest, so that the access to the observatory does not disturb the birds and thus enhances the experience of the visitors,” Pešić explains.

As the focus of the project is photography, specialized guides for photography and wildlife observation have been trained, and the photos that will be taken from these interesting observatories will remain as a legacy of this project, but also as a basis for continued cooperation between the two countries.

“Apart from live streaming on the official pages of partner organizations, photos and recordings of animal species from Serbia and Croatia will also be included in a joint exhibition at the end of the project. The main idea of connecting our countries is actually in continuous action through the further promotion of this specific ecotourism offer to future generations of visitors “, says Jovana Vukadinović, Special Nature Reserve Zasavica.

She adds that this type of ecotourism is very attractive and the fastest-growing, especially in Europe, and that there is a need to point out the importance of nature conservation through ecotourism programs in our area through various activities of observing and photographing animals. The growing popularity of ecotourism is supported by the fact that in the United States alone in 2011, the revenue of 107 billion dollars was generated from bird watching. Vukadinović pointed out that the introduction of ecotourism in our country would provide all the conditions for sustainability in the long run and improve the quality not only of nature but also of spending time in it.

The coronavirus pandemic did not spare this inspiring project either, but the partners in both countries found a way to continue the implementation of the project unhindered. Part of the activities were redirected to online communication and platforms that enable meetings and workshops to be held. The specific situation has opened a new ground for the more intensive promotion of animal species of Serbia and Croatia on the official Facebook and Instagram pages of the project. Some of the animal species that we cannot see so easily are on the pages of the Danube Wilderness Route where we can enjoy their diverse beauty, in the hope that the conditions for long-term sustainability will soon be met and quality will improve, not only of nature but also of staying in it in an environmentally and socially responsible way.

Every June 29, Serbia marks the International Danube Day, when various events raise awareness about the preservation of the Danube as one of the most beautiful European rivers, emphasize the importance of the Danube for people living in its basin and appeal for more rational use of water resources.

This year, at the webinar that will take place on Monday, June 29 at 18:00, on Danube Day, we want to discuss the following topics: