Western Balkans Summit in Paris – focus on connectivity and youth

Leaders of the Western Balkans 6 as well as Germany, Austria, France, Italy, Slovenia and Croatia are meeting on 4 July in Paris.

The summit will focus on connectivity and youth. It will review progress in implementation on the accompanying reform measures for transport and energy agreed by Prime Ministers last year in Vienna. It should confirm a new set of reforms including the establishment of a regional market for electricity.

The political leaders will also endorse a new package of investment projects covering railway infrastructure, renewables and energy efficiency. The leaders will sign an agreement for the establishment of the Regional Youth Cooperation Office and the European Commission will launch a new pilot project for 30 young civil servants from the region who will attend an executive programme at Sciences Po in Paris as well as an exchange programme in the region.

“Our connectivity agenda aims to improve links within the Western Balkans as well as between the region and the EU” wrote Johannes Hahn, European Commissioner for Neighbourhood Policy and Enlargement Negotiations in CONNECTIVITY AGENDA on Co-financing of Investment Projects in the Western Balkans in 2016. 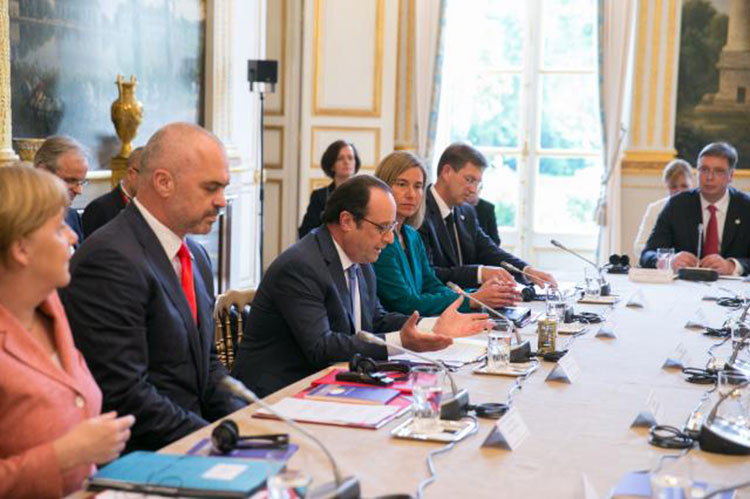 “The European Union has set aside up to €1 billion for connectivity investment projects and technical assistance for the 2014-2020 period. We provided the first €200 million at the Western Balkans Summit in Vienna in August 2015 for ten priority projects. We expect to break ground on some of these in the coming months. This year we follow-up with approximately €100 million for three connectivity projects, as well as an additional €50 million for the Regional Energy Efficiency Programme and the Green for Growth Fund. These initiatives will help finance energy efficiency measures in residential buildings as well as hydro-projects” Hahn wrote.