As part of the celebration of European Year of Cultural Heritage, today saw the opening of the EU Info Centre-organised photo exhibition “A Journey through Cultural Heritage” in the main hall of Ilija M. Kolarac Endowment.

The exhibition was officially opened by the Endowment Director Jasna Dimitrijevic and EU Delegation to Serbia Head of Information, Communication and Media Paul-Henri Presset. 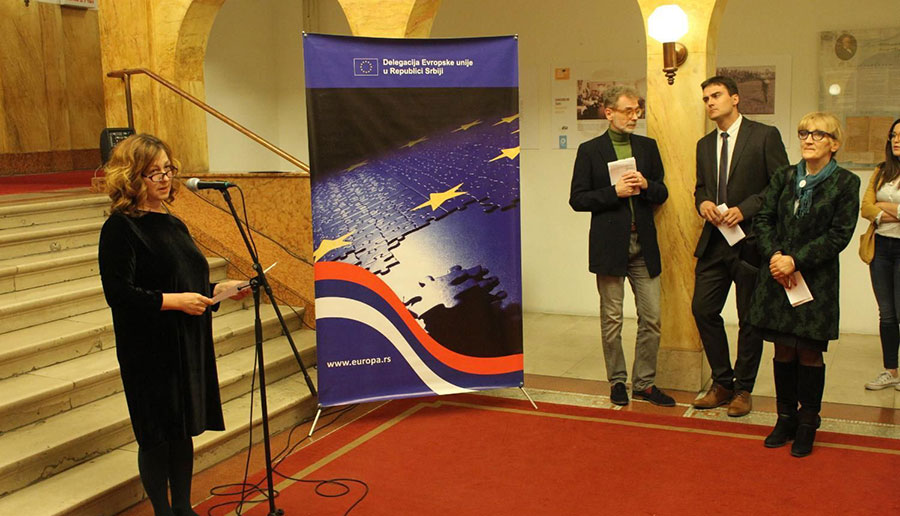 The Year of Cultural Heritage is an opportunity to spark a reflection on individuals and events that left a mark on European cultural space through affirmation of the culture of remembrance, Dimitrijevic said. It serves to encourage authors and institutions to create new cultural and artistic values, thus creating cultural heritage for future generations, she added.

“Being both a cultural monument under protection and part of the intangible cultural heritage, the Kolarac Endowment felt particularly inspired by EU’s digital platform Europeana and challenged to find new ways to showcase the value of its work by opening up to new possibilities of the digital world we live in.”

“This exhibition is more than a photo archive of European and Serbian cultural heritage. It is educationally important as it raises awareness of the importance of culture and art as the backbones of social development in the past, present and future,” Dimitrijevic said. 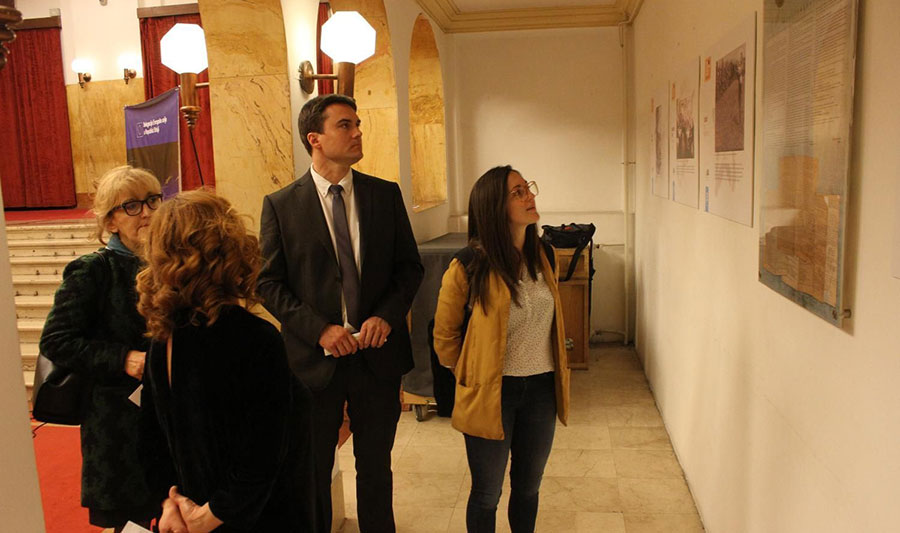 Head of Information, Communication and Media at the EU Delegation to Serbia Paul-Henri Presset said that the exhibition was part of the cultural heritage campaign organised by the EU Delegation to Serbia and EU Info Network (comprised of the EU Info Centre in Belgrade and EU Info Points in Nis and Novi Sad) under the slogan “Our Heritgae: Where the Past Meets the Future,” featuring over 40 events across Serbia.

“Together with our partners, we are making a collaborative effort to participate in the European Year of Cultural Heritage celebration. The European Commission has decided to dedicate this whole year to cultural heritage, and it is the only thematic year organised under the Commission of President Juncker. The purpose of the Year is to raise awareness of social and economic importance of cultural heritage and to celebrate Europe’s cultural richness and diversity,” Presset said. 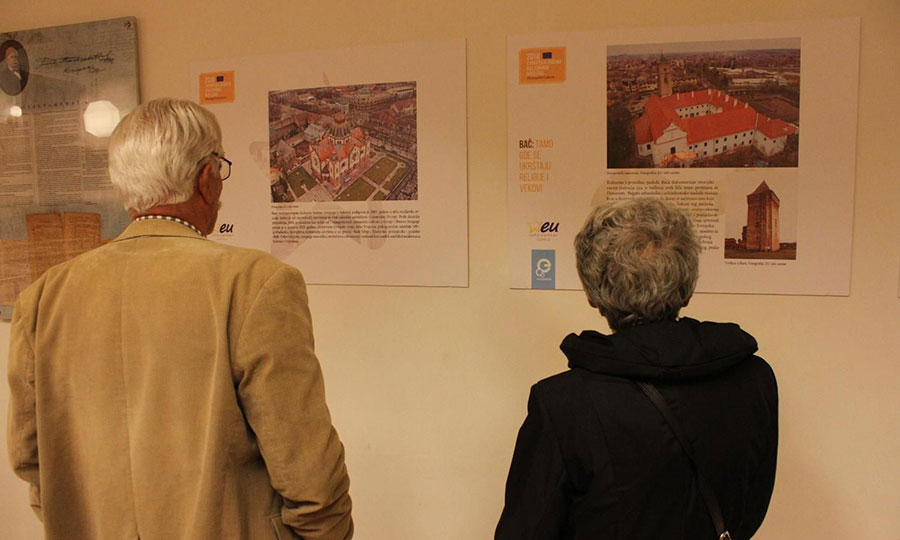 Presset described the Endowment as the best possible place to talk about culture, tradition and heritage. I hope our cooperation will continue in the future, he said.

“I also hope that these lovely photos here will remind visitors of their great national culture which makes part of great European culture. We share values, tradition, history, culture; these connect us and make bonds stronger than political ones. And that was probably the reason why the father of European integration, Jean Monnet, noted in his memoirs, decades after the foundations of today’s European Union were laid: ‘If I were to start anew, I would start from culture’,” Presset said.

The exhibition features a selection of photographs depicting cultural heritage sites in Europe and Serbia, including those related to the collective memory of World War I, photographs showing monasteries and archaeological sites or pieces of street art in Serbia. In parallel, the exhibition serves as an opportunity to promote EU’s digital platform Europeana, which lent a portion of featured photographs.

The exhibition runs through 28 April in the main hall of Ilija M. Kolarac Endowment.

Detailed information on the cultural heritage campaign can be found at: http://euinfo.rs/evropska-godina-kulturnog-nasledja/