Yearly conference of the representatives of the Eastern Partnership and leaders of the European Union began today in Brussels. The celebratory event, which is organised for the tenth time was opened by the European Commission President Jean-Claude Juncker.

The Conference, which brings together Heads of State or Government and Foreign Ministers of the partner countries, Foreign Ministers of the European Union Member States, civil society representatives, business leaders, young people and journalists from across the 34 countries, not only celebrates the Partnership’s successes, but is providing a forum for discussions on its future strategic direction. The Commissioner for European Neighbourhood Policy and Enlargement Negotiations, Johannes Hahn, and the Commissioner for Trade, Cecilia Malmström, are also participating.

“The Eastern Partnership is fundamentally a partnership for the citizens and with the citizens; firmly focussed on what is important for them. Together we are working towards stronger economies, stronger governance, stronger connectivity and stronger societies”, said Juncker. 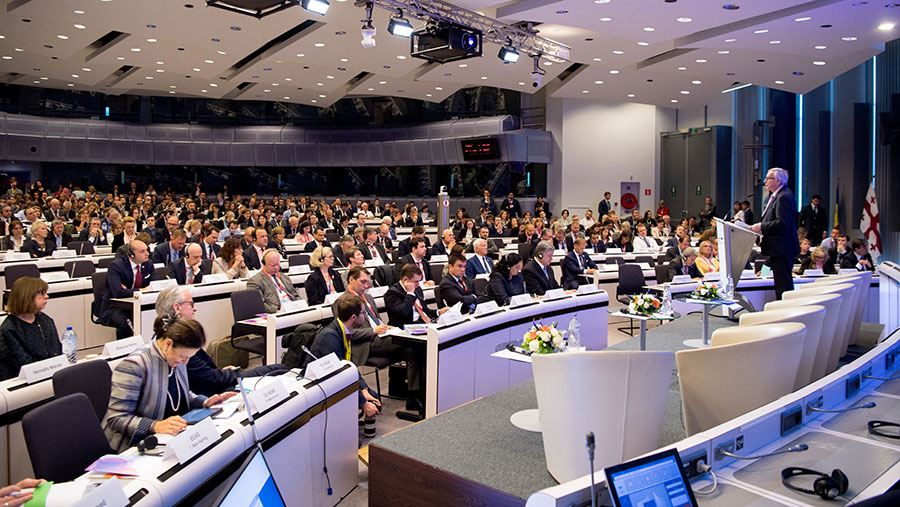 “We have put in place ambitious Association Agreements and Deep and Comprehensive Free Trade Areas with Georgia, Moldova and Ukraine and citizens of these countries also benefit from visa free travel for short stays in the EU. 125,000 loans have been provided to businesses in the Eastern Partnership, of which half are in local currency, and we have contributed to the creation of over 30,000 jobs in the region. I would like us to continue to focus on the content of what we believe we should do together so that our Partnership can keep its promises,” the EC President points out.

We celebrate 10 years of the Eastern Partnership.

With 🇦🇲🇦🇿🇧🇾🇬🇪🇲🇩🇺🇦 we have been working towards stronger economies, governance and societies.
It is a partnership for the citizens and with the citizens.#EaP10 pic.twitter.com/Xo6hpk5rTP

The Eastern Partnership is a joint initiative involving the EU, its Member States and six Eastern European Partners: Armenia, Azerbaijan, Belarus, Georgia, the Republic of Moldova and Ukraine. It is a specific dimension of the European Neighbourhood Policy. It aims at building a common area of shared democracy, prosperity, stability and increased cooperation. Additionally, bonds forged through the Eastern Partnership help strengthening state and societal resilience: it makes both the EU and the partners stronger and better able to deal with internal and external challenges.