Through intensive cooperation with the Supreme Court of Cassation, four appellate courts, 25 higher courts and 66 basic courts, Ministry of Justice, Judicial Academy, High Judicial Council, mediation centres and mediators, the EU Support to the Supreme Court of Cassation project has achieved exceptional results in the areas of backlog reduction and prevention, alternative dispute resolution with a focus on mediation and case law harmonisation.

As pointed out at the conference, the tangible results have significantly contributed to the efficiency of the judicial system and to strengthening the public services, ensuring thus for Serbian citizens improved legal certainty, easier access to justice and more transparent insight into the work of the judiciary.

The results achieved during the two-and-a-half-year implementation of the project EU for Serbia – Support to the Supreme Court of Cassation were presented at today’s conference – the project’s close-out event. 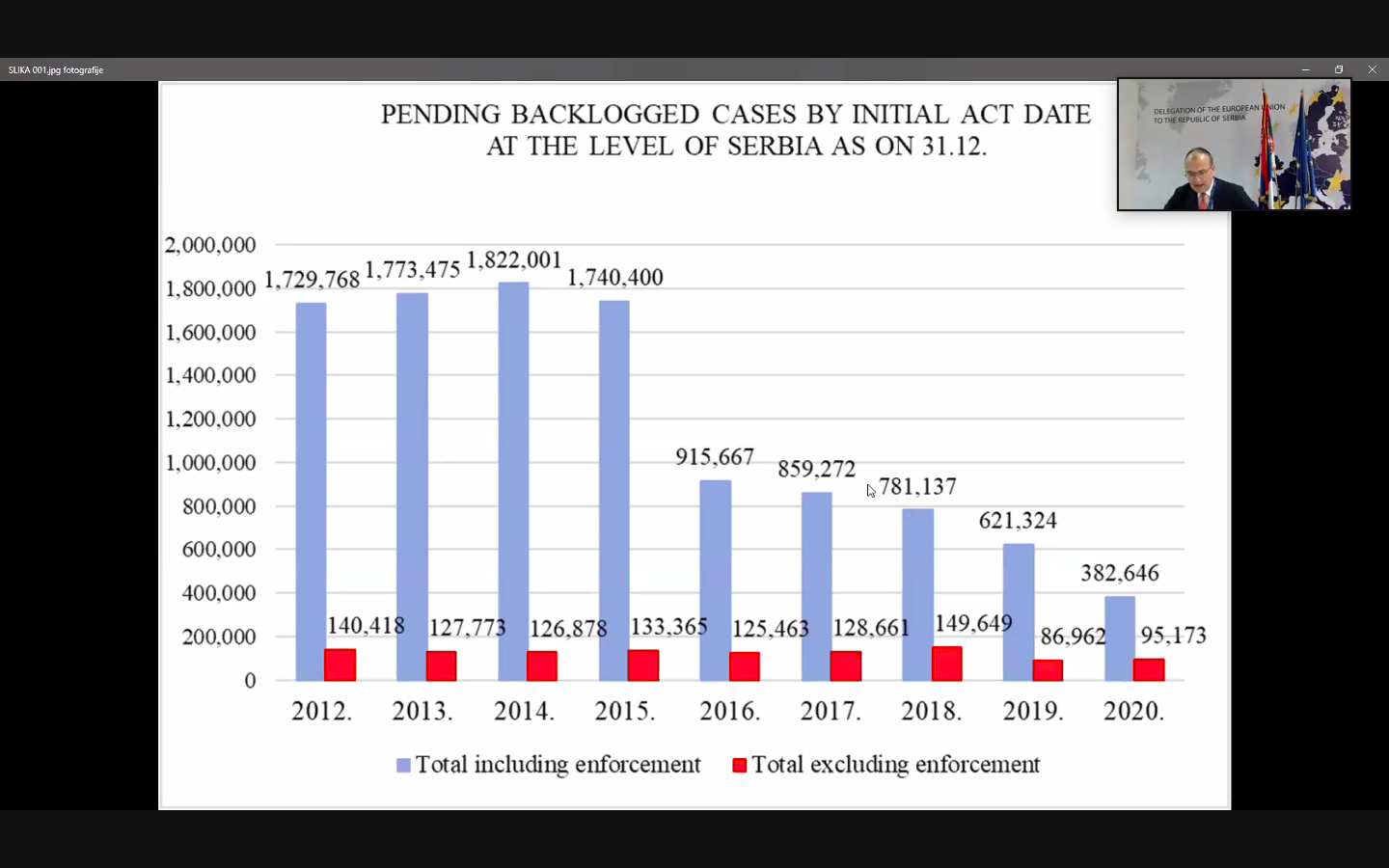 During the conference’s opening session, the participants were addressed by the acting President of the Supreme Court of Cassation and the president of High Judicial Council, Dragomir Milojević, Minister of Justice, Maja Popović, Ambassador and Head of Delegation of the European Union to the Republic of Serbia,H.E. Sem Fabrizi, and the Project’s Team Leader, Dimitrije Šujeranović.

“Rule of Law is at the core of Serbia’s accession to the EU. Reforms in the judiciary system play a crucial role in this regard. Independence, accountability and efficiency are the three key drivers of these reforms. Today, we discussed with the Ministry of Justice and the Supreme Court of Cassation the results of the successful EU funded project to improve efficiency of the courts. Some data tell all: duration of processes and backlog have been halved. This project demonstrates how the EU and Serbia can make the difference by working together with all the stakeholders. Results should be made now sustainable in the longer term. The EU will continue to allocate resources to support the reform in the Rule of Law sector,” said Ambassador Fabrizi.

The project EU for Serbia – Support to the Supreme Court of Cassation is funded by the European Union, with a total budget of EUR2.3 million, and implemented by a consortium led by the British Council in cooperation with Alternative Consulting and 4Digits Consulting. The project implementation started in September 2018 and ends on 28 February 2021. The project ‘s goal was to contribute to the advancement of the judicial system and the rule of law in the Republic of Serbia, as well as the further harmonisation with the EU standards in the justice area.