Tens of thousands of people participated in activities during the European Sports Week. Most of them are children, which is especially important because education through sport, where there is no discrimination of any kind, is a path to a better and healthier society, the Olympic Committee of Serbia said.

The European Commission has supported the initiative to hold the European Sport Week through the Erasmus + program. The European Union Delegation to Serbia was present at sports challenges, where those interested could travel across Europe on the basketball court and win prizes – basketballs.

According to the rules, the winner of the challenge where forces were weighing two cities was one whose citizens were more active than the total population. Bor and Knjazevac were first on the floor and Borans were better, with over 7 percent of them playing sports for at least 15 minutes during the first day.

Due to weather conditions, Arandjelovac and Sombor had to organize their challenge indoors, but this did not reduce enthusiasm and over 5500 people participated in the challenge when the results of both cities were summed up. More persistent were the athletes from Arandjelovac, where one of the best results of the game Road around Europe was recorded, as one of the participants had 11 baskets.

In a duel for dominance in southeastern Serbia, Zajecar defeated Pirot, and with 11 percent of citizens involved set a new record. Pirocans are not far behind, as over 10 percent of them showed up for the event.

Sabac and Valjevo did not have luck with the weather, but over four thousand people in both cities decided not to stop them in the intention of playing sports.

Sports Challenges ended in Belgrade, where elementary students tried different sports at Ada Ciganlija. Over the weekend, a night race was held in Tashmajdan Park, with over 1500 people participating.

Also, the primary students practiced during the two Olympic classes, and once attended the Head of the EU Delegation to Serbia, Ambassador Sem Fabrizi. 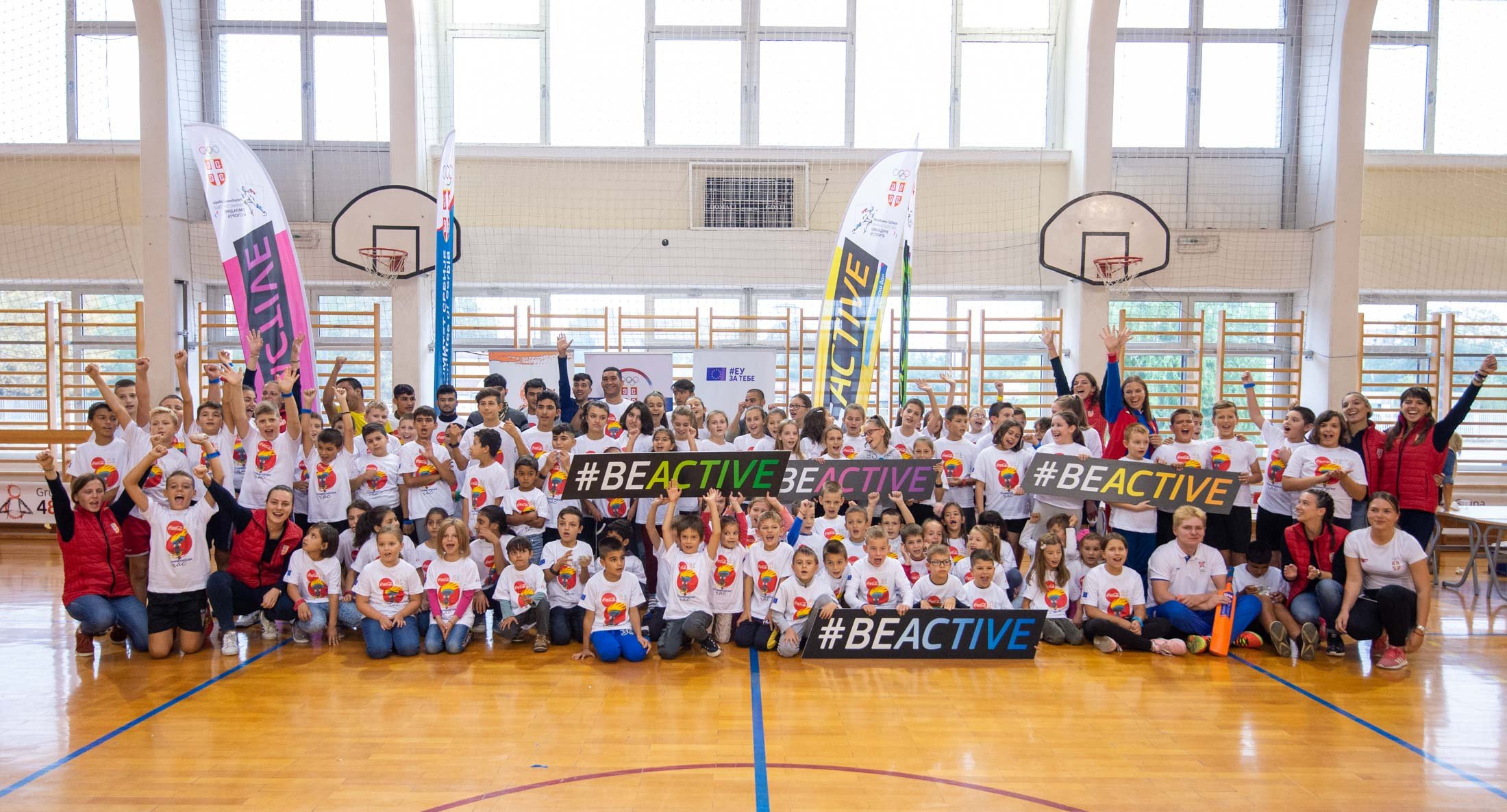 “Sport should be an occasion for this society to grow into a healthy and inclusive society. Especially considering the fact that only 30 percent of children in Serbia practice sports, and the percentage of those over 30 is only 10 percent. That is why this event is important in order to influence people to play sports more and to leave behind a healthier society, ”says Damir Steiner of the Olympic Committee of Serbia.

Activities do not end here, as the competition within the Olympic Training Committee’s mobile app began over the weekend. Participants will be able to choose the school they are competing for. The three schools that have collected the largest number of miles in ninety days will be rewarded with sports equipment and props.