You are at:Home»News from Brussels»Commissioner Varhelyi Visits North Macedonia and Albania

European Neighborhood and Enlargement Commissioner Oliver Varhelyi visited Skopje and Tirana. It is the first visit to the region by a member of the European Commission who took office on 1st December 2019.

The focus of Commissioner Varhelyi’s conversation with officials of North Macedonia and Albania was the possibility of the two countries gaining candidate status.

“I have good news for the integration of the Western Balkans. It will continue and we will work even harder to achieve it. Enlargement is a priority for the new European Commission. We need to accelerate the processes and put the momentum in them, but at the same time make them safer and more credible. for all of us, both for the region and for the member states, “Varhelyi told a press conference with North Macedonia Prime Minister Oliver Spasovski. 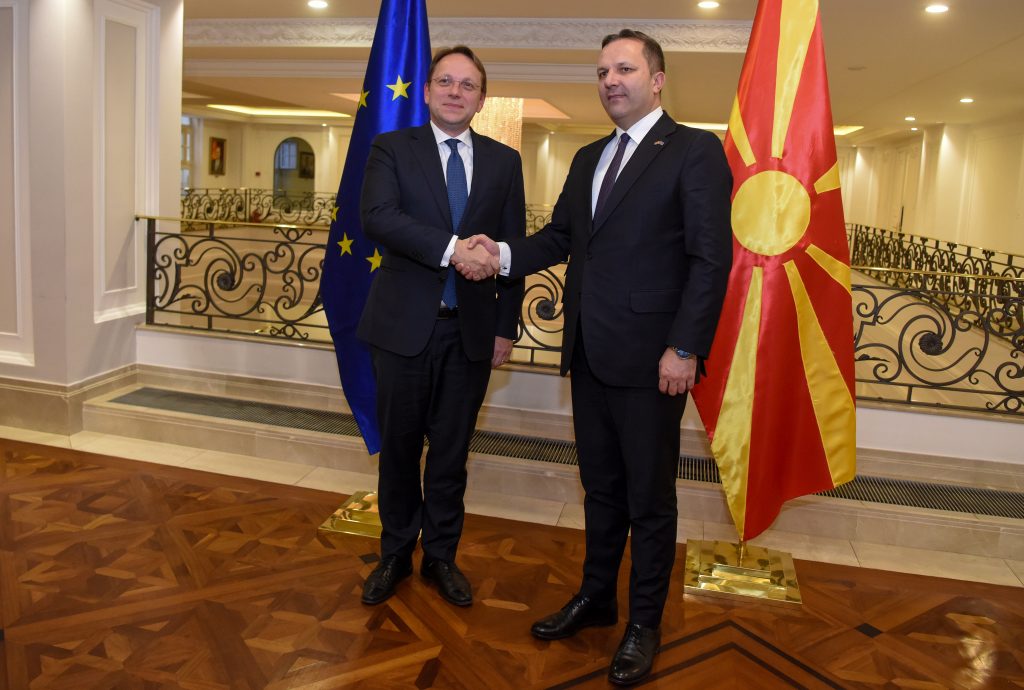 Varhelyi said the European Commission remains confident that Northern Macedonia and Albania are ready to begin accession negotiations and that he expects member states to decide on their opening before the EU-Western Balkans Summit in Zagreb in May.

“We have to work based on the assessment that Northern Macedonia and Albania are ready for the start of negotiations. There is no change in this attitude and we will hold the first assessment that the accession negotiations with these two countries must begin. This means that we should have a positive decision by the Council to open accession negotiations before the Zagreb Summit”, states the European Commissioner for Enlargement.