The action of cleaning the Savski Kej was organized today as part of the joint activities of the campaign “Look around – Let’s Move”. Among the participants in the action was the Head of the Delegation of the European Union to Serbia, Ambassador Sem Fabrizi.

Volunteers in white T-shirts were divided into three groups, which together counted about 200 participants. With joint forces, despite the heat, they cleaned up a part of the Savski kej, a promenade and the Sava River coast behind blocks 45 and 70. In this action, the Ambassador of Finland Kimmo Lahdevirta, Danish Ambassador Anders Hougaard, the Ambassador of Austria Nikolaus Luteroti, representatives of the EU Delegation, The European Commission’s Neighborhood Policy and Enlargement Negotiations, Greece, Sweden, Spain, France, and Germany, as well as the Serbian ministries. 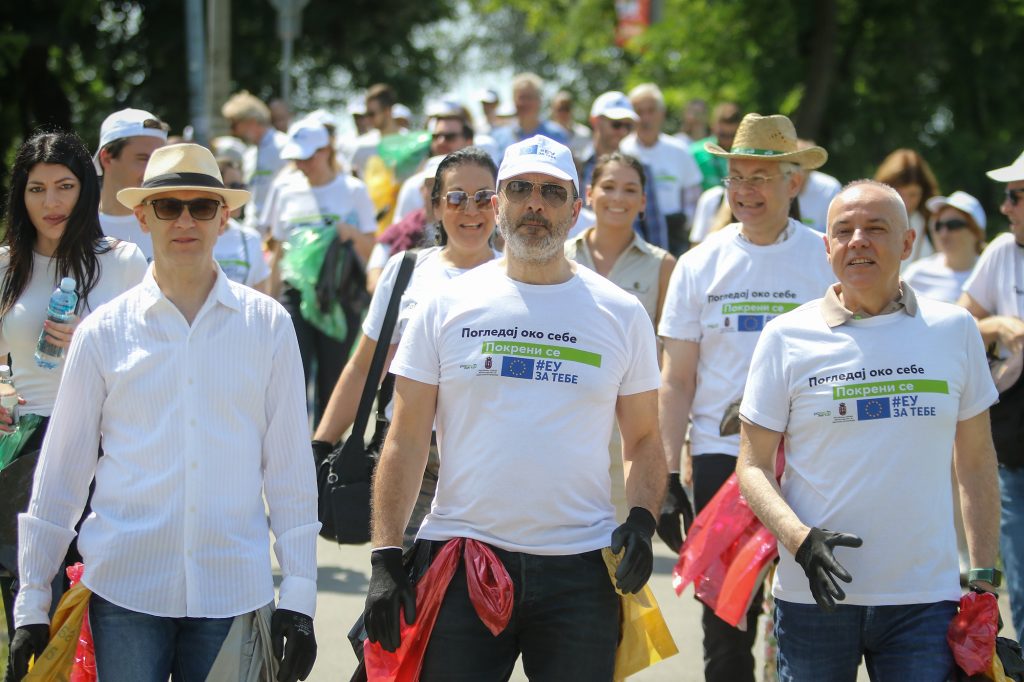 Ambassador Fabrizi says that the cooperation between Serbia and the EU in the field of environment protection was very good in the previous period.

“In the past ten years, Serbia and the EU have invested more than 600 million euros in this field, of which more than 400 million euros have been provided from the European donations, while the rest is the investment of Serbia. It is an important sign that we have a strong partnership,” says the Ambassador, which adds that the slogan of the ecological campaign is a good basis for further action.

“This motto contains two messages: let’s look around, take a look and take some action, we did it today,” notes Fabrizi, who has invited other cities to join a campaign that will take four weeks.

“There is no partner that is closer to us in this area than the European Union, it is the paradigm of environmental protection and the setting of standards on a world level. Our heritage in quality and the state of the environment is not good because of all the possible technological revolutions we have gone through. To skip this gap that we have behind the European Union, and we can do so only with the help of these good people and countries that help us,” said Minister Trivan. 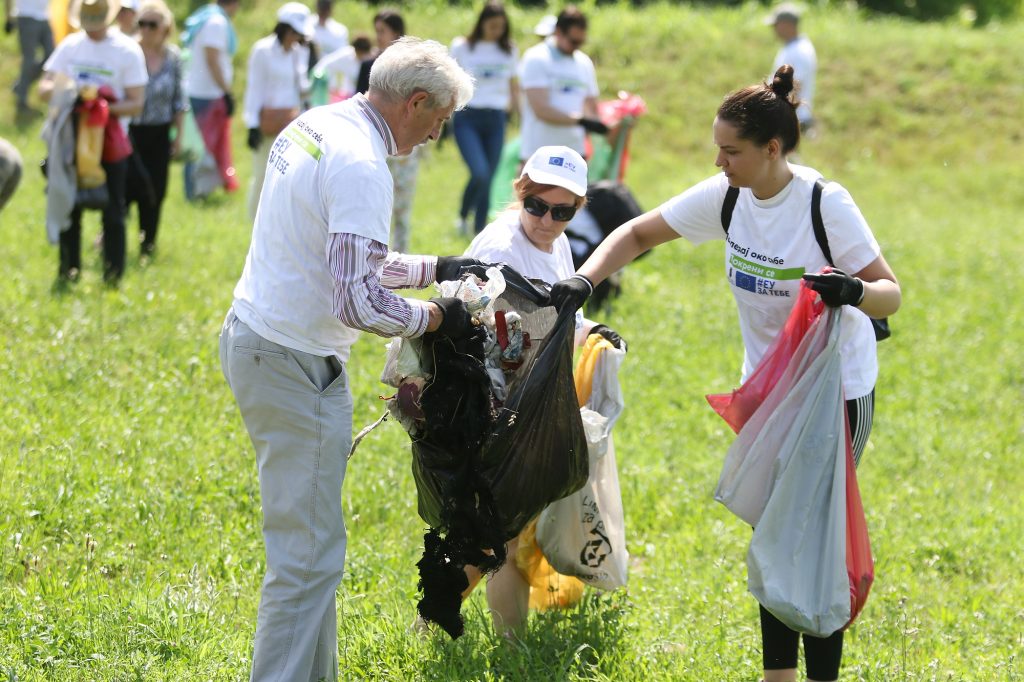 “It is best to show and learn through the example. Today, we make our contribution to cleaner Belgrade, but also to raising awareness that it is necessary to take into account the cleanliness of the city. We need to do everything to make our Belgrade better and better. One of the main directions in which this city will develop is to be cleaner and greener because the amount of waste we have around the river shows that we have to behave more responsibly, and the European Union is an excellent example to follow,” Mayor Radojicic says.

A truck was full of collected and segmented waste, the bags were taken to the recycling center of the Public Utility Company “Gradska čistoća”. Also, participants took this opportunity to invite other cities across Serbia to join them in the ecological challenge of collecting garbage. 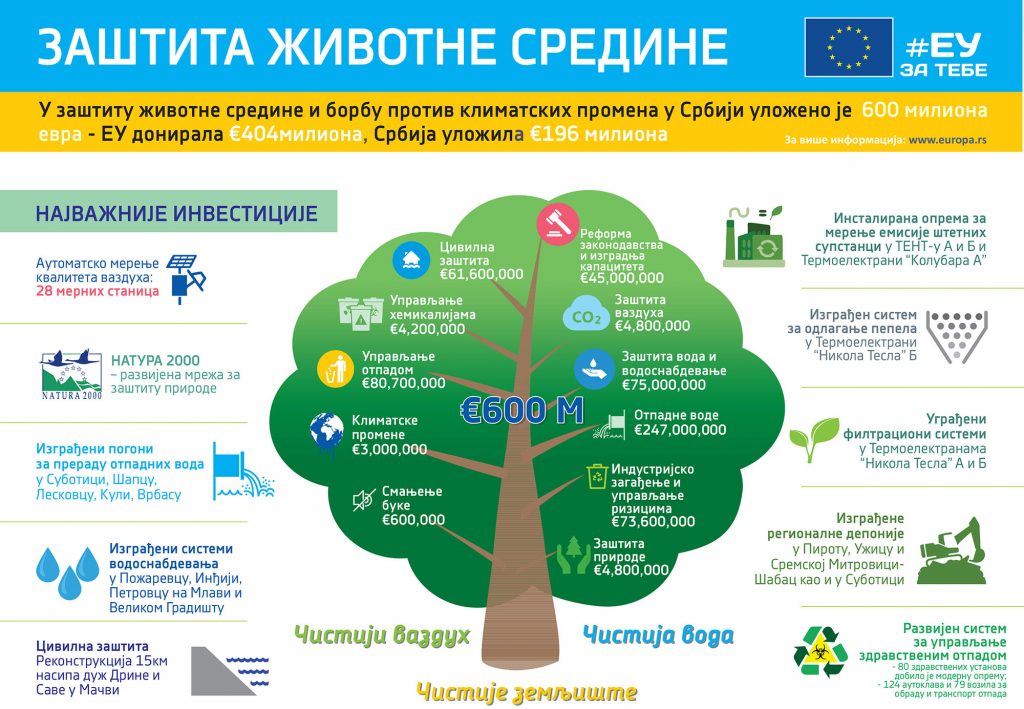 In order to be more effective, more effective and far-reaching, the “Look around” campaign will be implemented in synergy with numerous organizations, institutions and cities, and during its duration will be organized “Green Days” and exhibitions in Uzice, Sabac and Subotica, as well as events in the capital of Serbia.