Serbia’s signing earlier this week of an additional 85 million euros loan with the EBRD for the construction of the Nis – Plocnik part marks another important and concrete steps to accelerate the construction of the ‘Peace Highway’. People and businesses will benefit greatly from this important infrastructure, which will enable quicker and safer journeys. The improved infrastructure links will also create more economic opportunities with reduction in transportation costs and higher flow of people and goods.

The highway will connect Niš with Priština, continue to Tirana and end in Durrës on the Adriatic Sea. The road has been classified as an extension of the Trans-European Transport Network (Orient/East Mediterranean corridor) and is a part of Route 7 of the Western Balkans core network. This connection will further promote and improve regional integration in Western Balkans. European Union is staying committed to promotion of better connectivity and strengthening of regional economic growth.

Sem Fabrizi, EU Ambassador and Head of the EU Delegation to Serbia, said: ‘I welcome the signing of the loan with the EBRD as another concrete step in the realization of this important project. The “Peace Highway” is one of the bridges for the peace and reconciliation in the Western Balkans. It will boost economic cooperation and recovery and make the region more prosperous by delivering better connectivity between people.

The EU has already mobilized substantial financial resources for its realization: €40.6 million grant for the section Nis – Plocnik lot 1 as well as 9.6MEUR grant for preparation of project documentation through the Western Balkans Investment Framework. In addition, the construction of Nis – Plocnik section is co-financed with a €100 million preferential loan by the European Investment Bank.

“Peace Highway” is one of the investment flagships projects within the EU’s Economic and Investment Plan for the Western Balkans. The plan is supporting major road and railway connections in order to support the better connection between the economies of the Western Balkans within the region and with the EU. In this context, the EU and the Government of the Republic of Serbia are already actively engaged also on preparation of the remaining section of “Peace Highway” between Plocnik and Merdare. 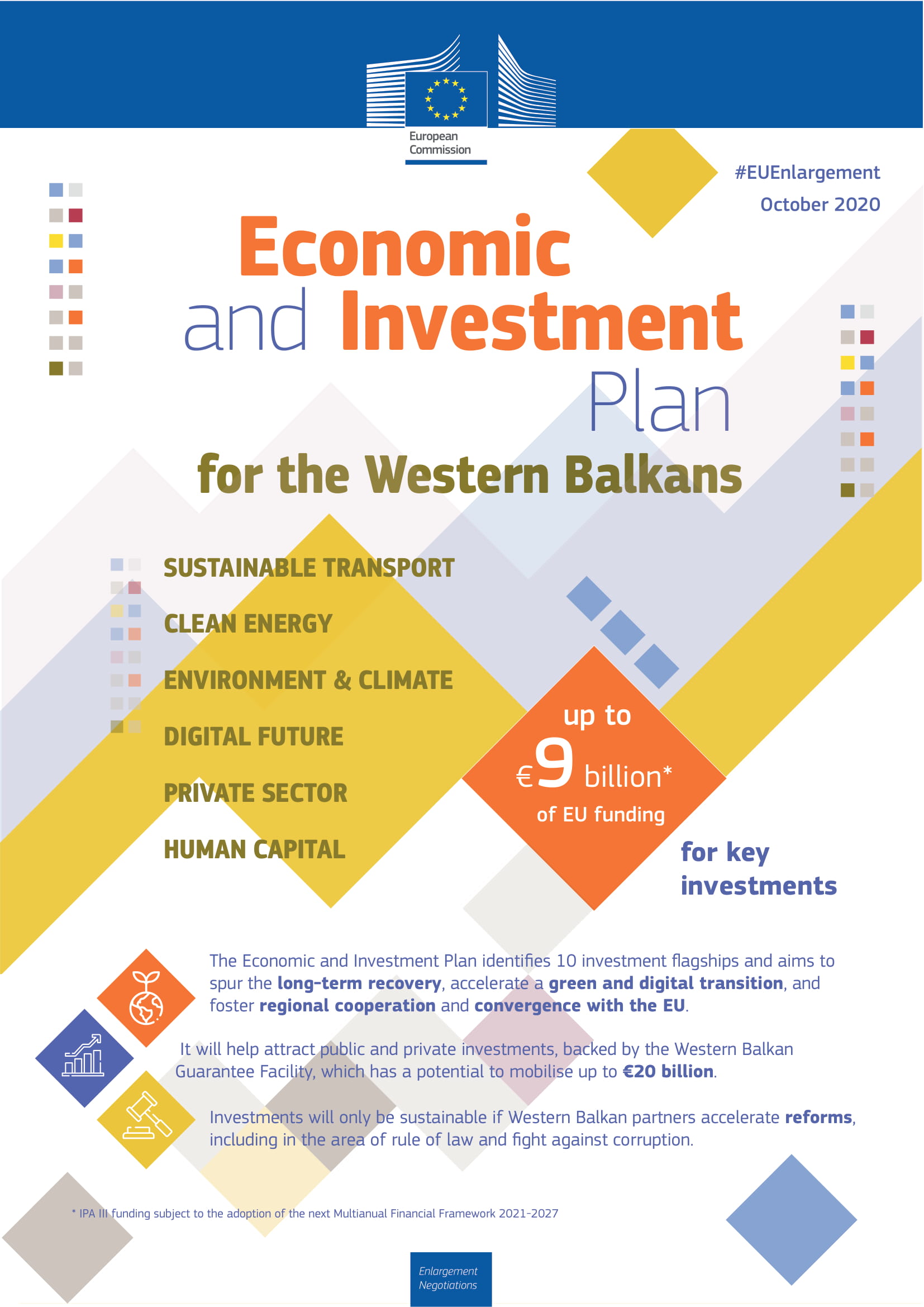 With the loan of up to €85 million from the European Bank for Reconstruction and Development (EBRD) secured, construction of the section between the cities Niš and Pločnik is moving forward. First works tender for this section is to be launched in December 2020. Tender for the supervision services is ongoing. This proves the commitment of the Government of the Republic of Serbia and EU to move according to the schedule with this important project.

‘The European Bank for Reconstruction and Development has been and will be strongly supporting, through investments and policy reform advice, the regional integration in the Western Balkans. We are delighted to contribute financing to the construction of the Peace Highway, starting with the first section, Nis-Plocnik as it is now a shovel-ready project. This is one of the key investments in the development of the common regional market, facilitating trade and movement of people’ said Zsuzsanna Hargitai, EBRD’s Regional Director for Western Balkans.

‘European Investment Bank is looking forward to supporting connectivity towards better relations and economic ties within the Western Balkans. The ‘Peace Highway’ is a significant contribution in that direction and we have unlocked EUR 100 million for the construction of a 32-kilometre section between Nis and Plocnik. This is important step for the regional cohesion, trade flows and economic recovery’, said Dubravka Negre, Head of the European Investment Bank.