Representatives of 18 towns and municipalities in Serbia have signed contracts for the implementation of property management projects for which the EU had allocated EUR3 million through its Exchange 5 programme.

Grant schemes for a total of 18 projects over the next 18 months have been supported within the first component of the programme, covering 48 local self-governments and other local partners – utility companies, regional development agencies, NGOs, said the participants in the ceremony at Klub poslanika.

Minister of European Integration Jadranka Joksimovic said that the programme would assist the towns and municipalities in determining their development potential.

“Once we know what is public and what is private, we can change the investment and business environment at the local level,” she said, adding that sustainable local and regional development is the goal of European integration, the Minister said.

“Property management is an area that needs to be fully regulated. This way, we are tackling that issue the way it deserves in order to attract investment and provide benefits to towns and municipalities,” Minister of Public Administration and Local Self-government Branko Ruzic said.

He said he was happy that local self-governments have successfully gone through the selection process and received EU money. 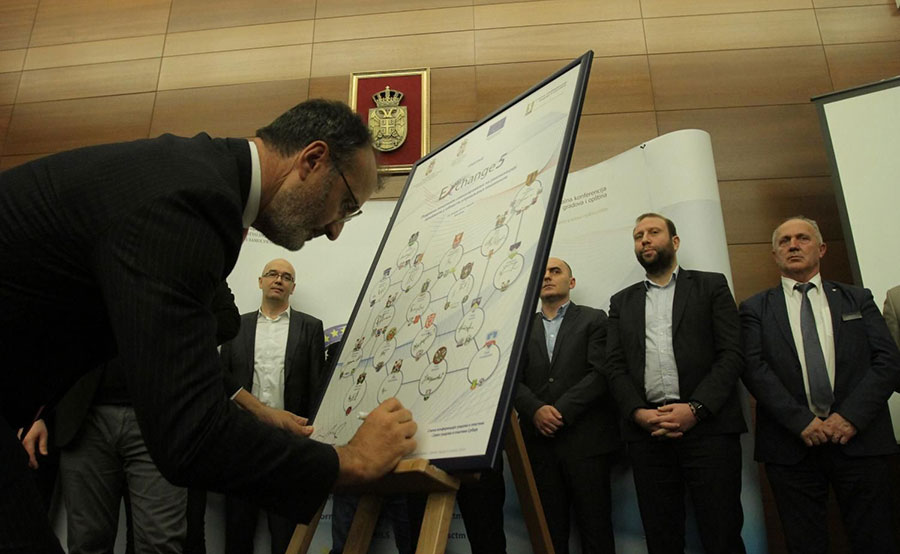 Head of the EU Delegation to Serbia Sem Fabrici pointed to importance of the role of local self-governments in the EU accession process.

“As much as 70 percent of EU acquis and standards are applied at the local level which is why we need to strengthen local administration and train it to apply the laws for citizens’ sake,” Fabrizi said.

According to him, Exchange programme is focused on property management which will result in revenue and local development.

The value of this grant scheme within the Exchange 5 programme stands at EUR3 million. Since 2004, a total of EUR33 million have been awarded to 166 local projects.