The building of the Sokolski dom in Šabac, built in 1934, will retire the old look thanks to the support of the European Union through the development program EU PRO. In this way, the younger generation will have adequate conditions for sports and social activities, but it is also about preserving tradition and memory of successful athletes who made the first steps on the Sokolana field.

“Sokolana is more than a sports facility for the citizens of Šabac. Its reconstruction will create better conditions for the work of numerous sports clubs and associations. In addition, this building is of great cultural and historical significance as a cultural monument, so its reconstruction is of multiple significance for our entire city”, said the President of the City Assembly of Šabac during the visit of Nemanja Pajić.

Sokolski dom was built with voluntary contributions by citizens, donations of city and state, and was ceremoniously opened by King Aleksandar Karađordjević, while in 2005 the building was declared a cultural monument. However, the lack of maintenance caused by unresolved property relations led to the current ruined state, damaged ceilings, shattered windows, destroyed floors. 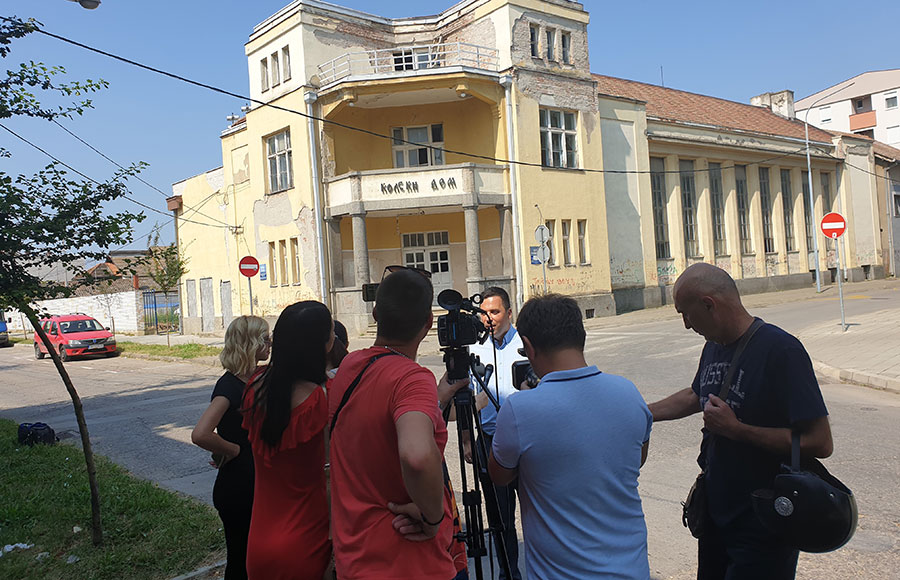 “I am very happy that this temple of the sport will be restored as it deserves. I was playing on the clay in 1959, only a concrete came in later, there is no athlete who has succeeded without having trained here”, said Petar Fajfrić, the legend of the Šabac and Yugoslav handball.

The deadline for the completion of works is 100 days, and all activities are carried out in agreement with the Institute for the Protection of Monuments, the Šabac authorities say.