Introducing Romany language in primary education system in Serbia is highly important for both Roma community and Serbia’s process of European integration, concluded participants of the meeting which marked the launch of “Introducing Romany language and culture in primary schools in Serbia” project, funded by the EU and implemented by Centre for education of Roma and ethnic communities from Belgrade.

“The project, funded and supported by the EU, represents one of the most important projects aimed at Roma inclusion in Serbia,” said Nicolas Bizel of the EU Delegation to Serbia.

“Tangible measures which improve the status of Roma are instrumental within Chapter 23 negotiations and EU’s task is to support the Government and Roma community in undertaking these efforts,” he said.

Teachers’ role is significant in this process because they are the ones passing the language, culture and values on to children and contributing to their inclusion in society, said Bizel noting that there is much work left before reaching a satisfactory level of Roma integration, at local level in particular.

Project coordinator Ljuan Koko said foundations were being laid for the introduction of Romany as an optional course.

What is necessary, he said, is to determine whether there is a possibility of introducing the course, develop curricula and allow teachers, selected by the Ministry of Education, to obtain necessary certificates at the Faculty of Philology of the University in Belgrade.

The project focuses on advising parents to enrol their children in Romany language course because it is important for both children and society to learn more about Roma and their language. Koko notes that the project runs for 20 months and is worth EUR158,600, out of which the EU has donated EUR134,800. 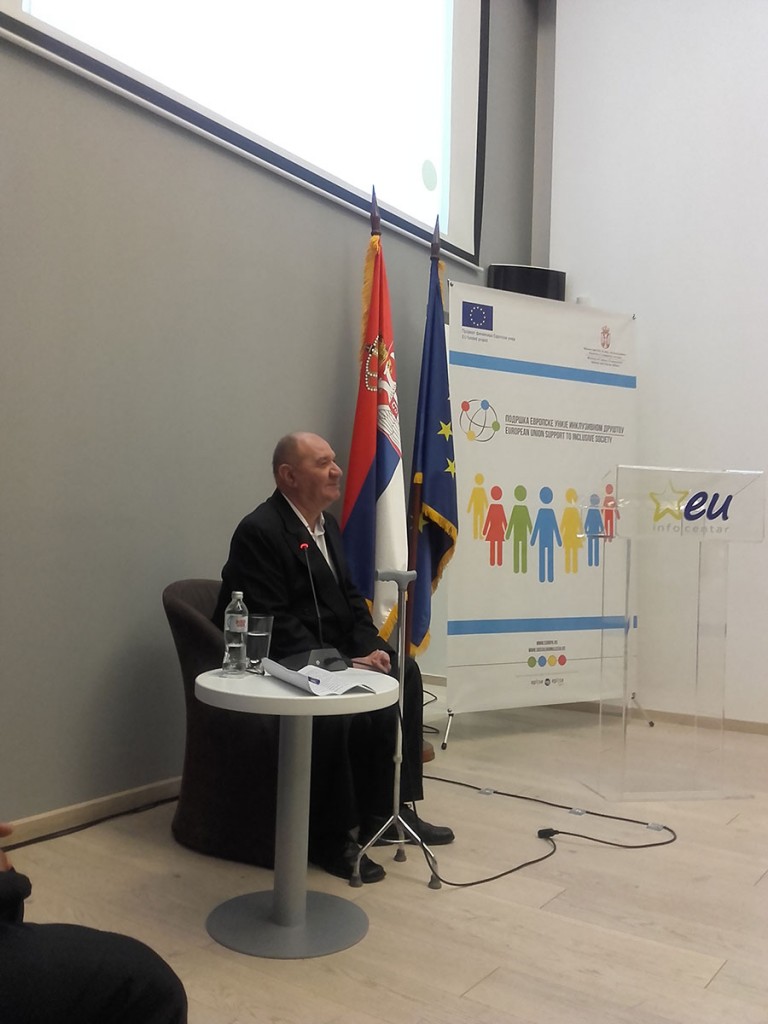 Writer Rajko Djuric talked about the history and importance the Romany language had for education and how important language learning was for cultural identity and social significance of Roma.

Jasminka Perunicic Alen of the Ministry of Education warned about the lack of teachers and parents’ interest as well as insufficient number of children necessary to set up classes. The most dominant, however, remains a poor response from parents, she said and added that some 10 schools had sufficient number of students but their parents failed to sign them up.

Goal of the project “Introducing Romany language and culture in primary schools in Serbia” is to improve and develop curricula for children and youth who show interest in learning Romany language. Besides, at least 40 teachers will be empowered, educated and given certificates allowing them to teach Romany language with elements of national culture. Also, the project will support teachers’ engagement in school with the necessary conditions to set up the course in question.

This action is part of “European support for inclusive society“ project, funded by the EU with EUR5.4 million and implemented by the EU Delegation to Serbia in cooperation with the Ministry of Labour, Employment, Veteran and Social Affairs.