You are at:Home»News»Ambassador Fabrizi for RTS: European Union Activated the Mechanisms to Help Western Balkans

The European Union has already activated various existing mechanisms to assist the Western Balkans, and in particular, Serbia, said Head of the EU Delegation to Serbia, Ambassador Sem Fabrizi, in an interview with RTS.

Presenter Sanja Babic: “A statement from the President of the European Commission, Ursula von der Leyen, echoed in Serbia, with information that a ban on the export of medical equipment from the European Union was introduced. In the days that followed, it became clear that both the Commission itself and many Union members believed that in terms of restrictions, the Western Balkans should be considered part of Europe.

In an interview with RTS, the head of the EU Delegation to Serbia, Sem Fabrizi, explains that this is not a ban but a state export control and that Brussels is already looking for ways to help Serbia, as it did in all previous crises. Moreover, reminds Fabrizi, Serbia has anticipated the coronavirus spread more readily than many countries, thanks to Union assistance. 20 clinical centers were renewed, the Torlak Institute of Virology was renewed, equipment was purchased for the Infectious Diseases Clinic, and in 122 ambulances from 250 Union donations, there are respirators, which are so valuable today.” 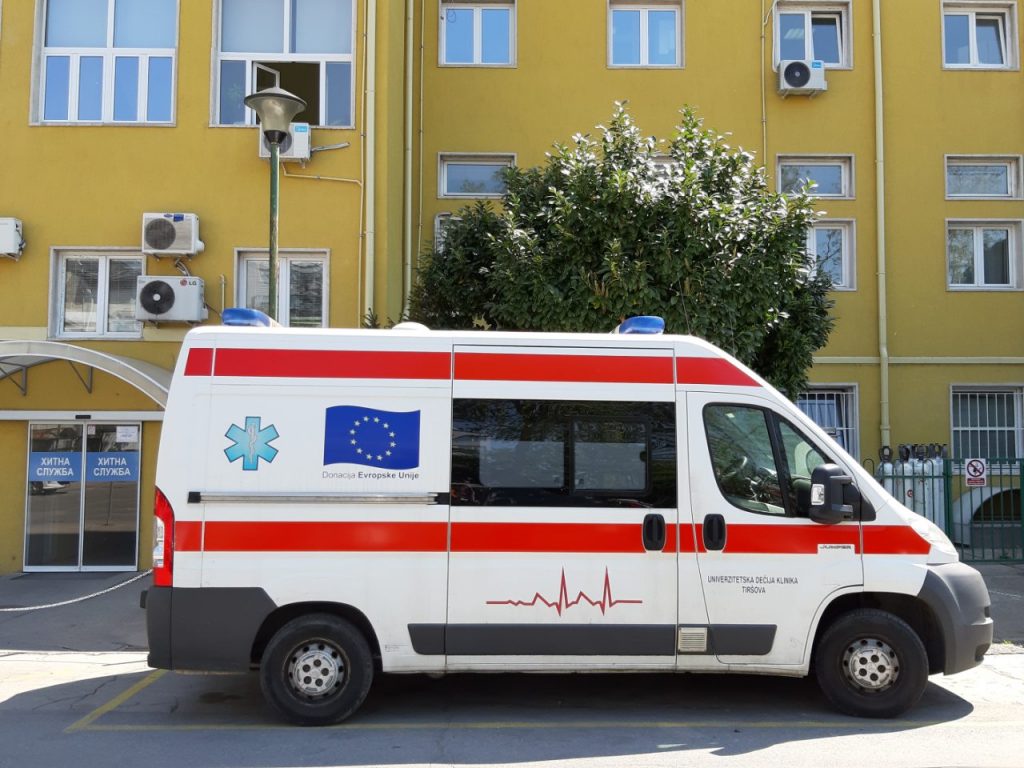 Ambassador Sem Fabrizi: “The European Union is coordinating all measures to reduce the risk of coronavirus and protect the lives of people and countries, the economy. The European Council yesterday decided at a video conference on measures to combat the epidemic, mobilize all forces to produce and procure important things such as masks, respirators, and medical equipment, to get it where it is needed most.

It was agreed that the European Central Bank and the Union budget would react to support the economy. An evacuation was also organized for Union citizens wishing to return home from the affected areas. We have shown a high degree of solidarity and understanding that only by sticking together can we overcome this difficult crisis that is plaguing the world. ”

RTS journalist Bojan Brkic: “Do any of the mentioned measures apply to the candidate countries, where Serbia is, will they be able to get involved in these mechanisms and what kind of assistance can they expect from the Union?”

Ambassador Fabrizi: “The European Union has already activated various existing mechanisms to help the Western Balkans and particular Serbia. First, we activated a civil protection system for Serbia, which allows Serbia to seek assistance from other members. In the health field, the Centers for Disease in Brussels has offered Serbia all its expertise in combating the virus. In the previous days it was said that Serbia was not allowed to buy equipment in the Union, which is not true. 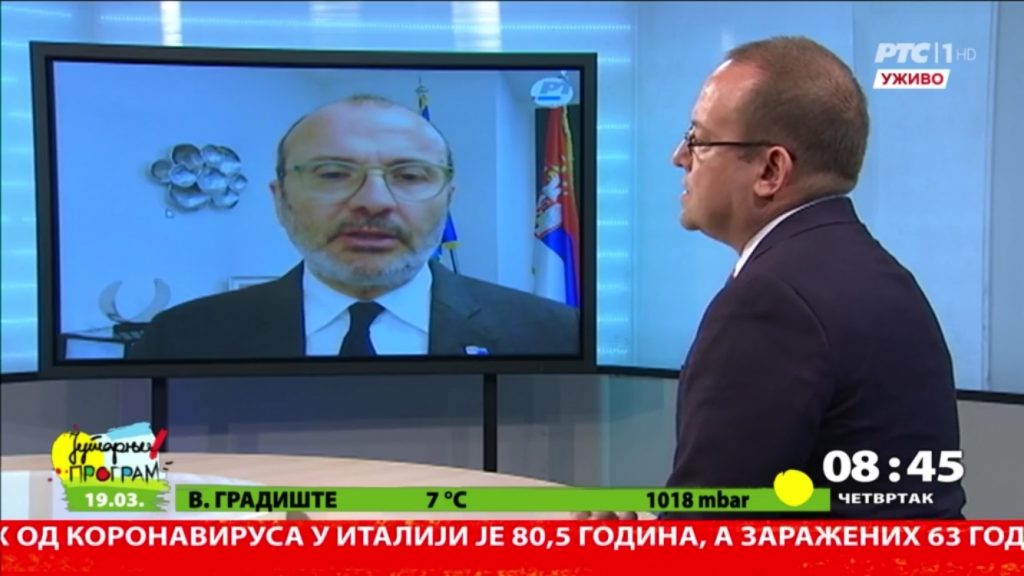 It can be sold outside the Union, only the approval of the country in which the required goods are manufactured is required. This was done because some countries outside the Union, of which Europe used to buy medical equipment, introduced a ban on exports so that there would be no shortage in Europe, we had to introduce outflow controls for those goods.

And finally, we will help economically. We are in constant contact with the Government of Serbia to see how we can quickly, efficiently and in the best way channel 200 million euros from pre-accession funds into measures to support the Serbian economy. As soon as we get some review from the Serbian authorities, we will act. At present, it seems that the biggest help will be needed for small and medium-sized enterprises, which are now having trouble working and we will certainly be engaged there, but we are open to any suggestions by the Serbian government how we can help.

So, we are working with both Union members and candidates to overcome the crisis together. If we are together if we work together, and ultimately, if we suffer together, it will be easier to get out of this situation. “