Within the EU Civil Protection Mechanism, a donation from the European Union, which contains medical protective equipment worth 2.5 million euros, was delivered today to the Ministry of Internal Affairs of Serbia.

The handover of 600,000 high-protection masks and 650,000 pairs of protective gloves was attended by the Head of the European Union Delegation to Serbia, Ambassador Sem Fabrizi, Assistant Minister of the Interior and Head of the International Cooperation Sector Zoran Lazarov and Deputy Head of the Emergency Situations Department Boban Stevanovic.

Ambassador Fabrizi pointed out that Serbia, as well as the rest of Europe and the world, is facing a coronary virus pandemic, and emphasised that our country is responding excellently to this pandemic and achieving excellent results. 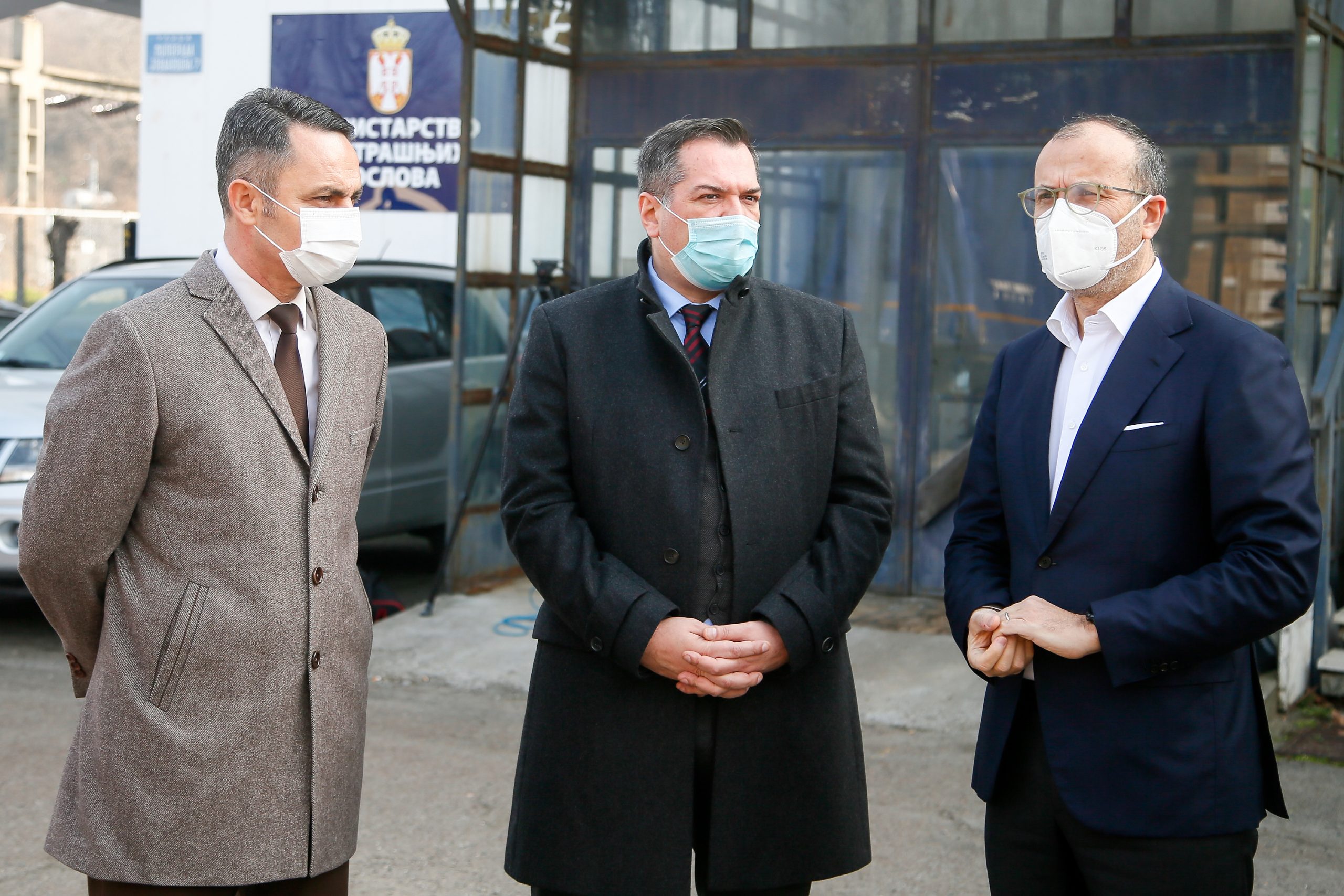 The Head of the EU Delegation pointed out today’s donation, worth 2.5 million euros, the fifth delivery of medical protective equipment initiated on the basis of Serbia’s request initiated through the EU Civil Protection Mechanism, which was activated in March 2020, and added that the sixth is expected in the next days, and that its users, in addition to the Ministry of the Interior, were other institutions in Serbia.

Ambassador Fabrizi announced that, having in mind the current situation related to vaccination, a deep-freezing device and transport vehicles for vaccines will come to Serbia through this mechanism in the next two weeks. 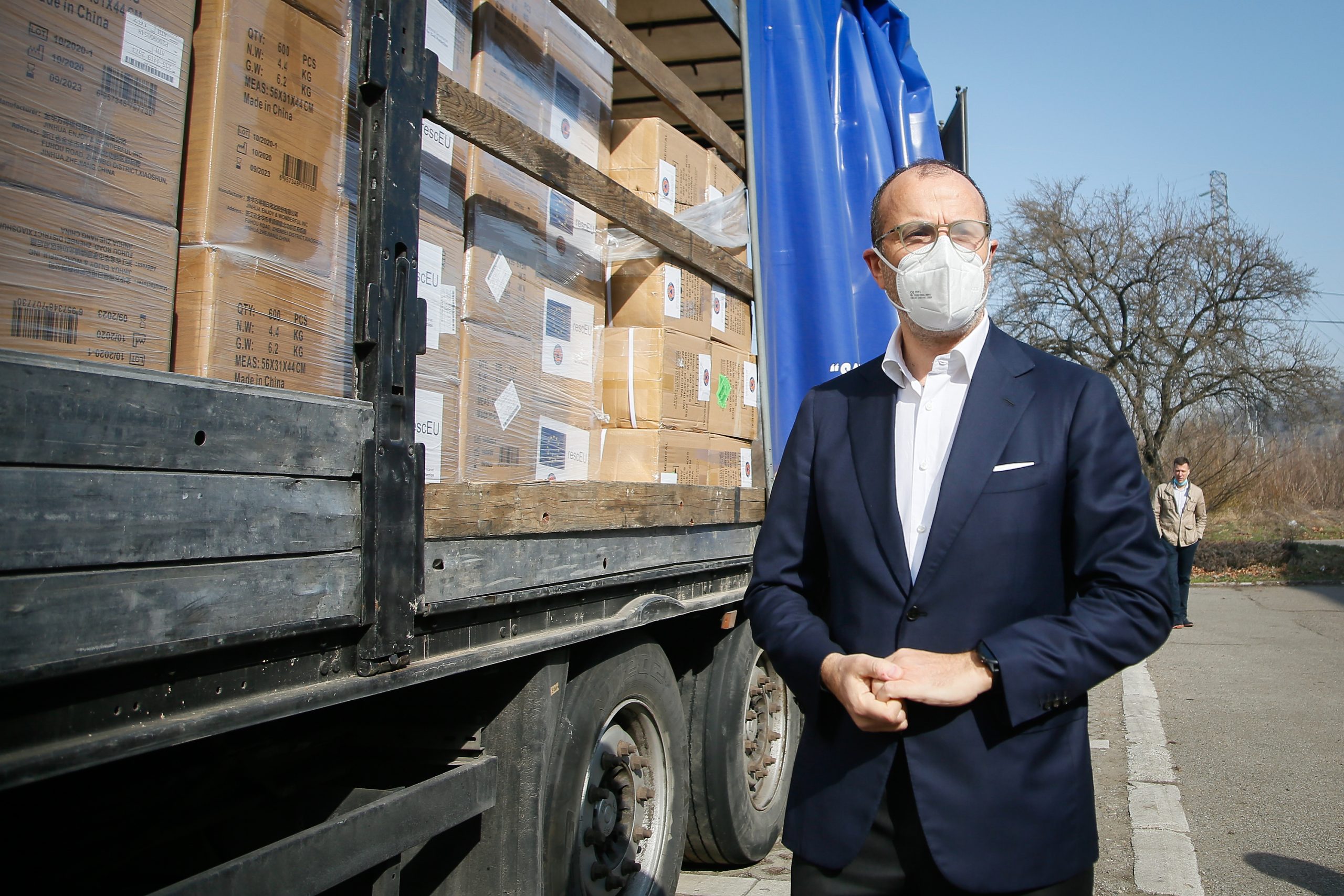 “The fight against COVID is a race, which will probably be a marathon, and that is why we must all work closely together, Serbia, the European Union and other partners in order to achieve good results,” said Ambassador Fabrizi.

Stevanović pointed out that the delivered medical equipment, in order to increase safety and protection against infection with the Covid 19 virus, was intended for the uniformed composition of the operational units of the Ministry, but also for all other employees who have direct contact with citizens. 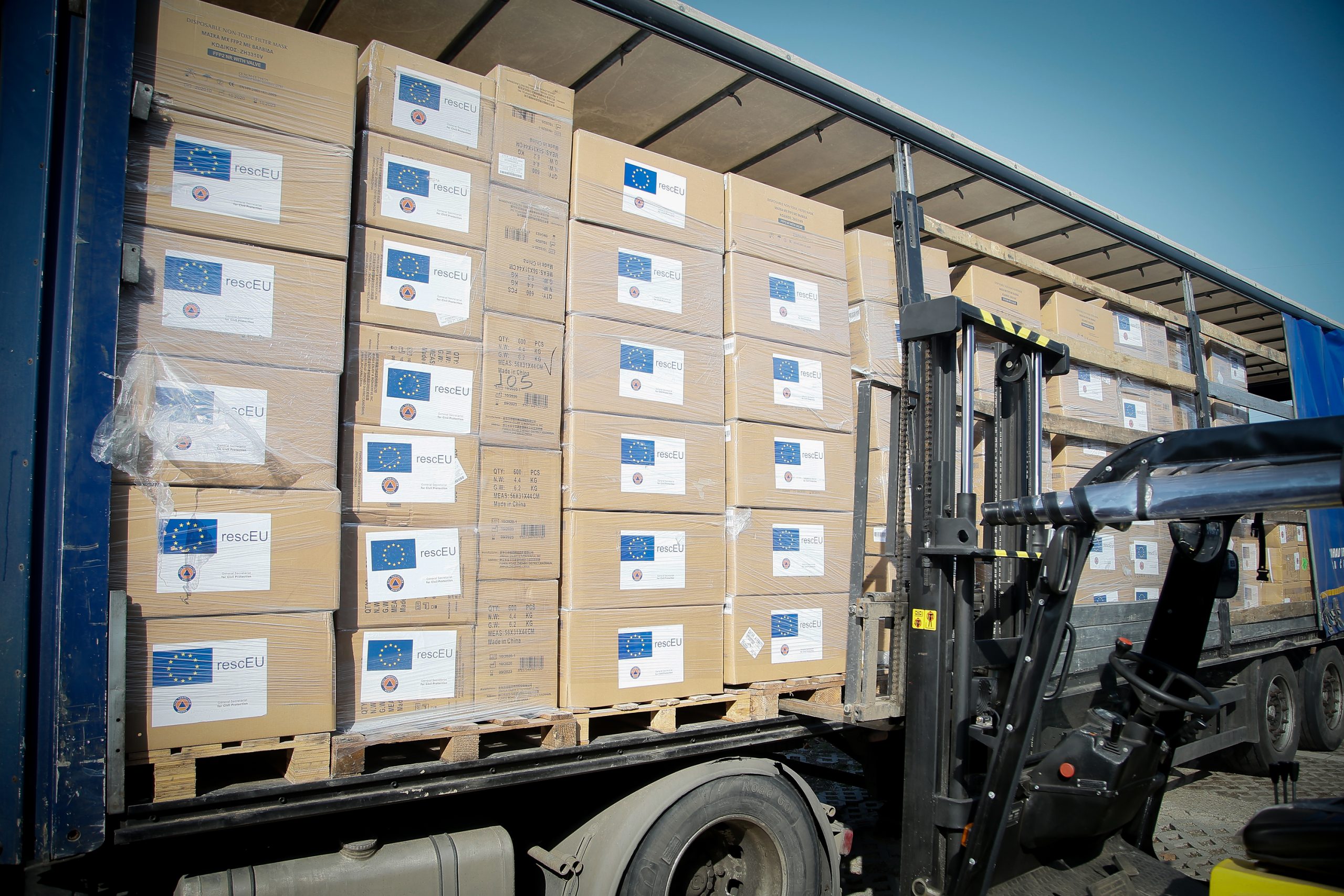 He explained that the Civil Protection Mechanism of the European Union, in which the Republic of Serbia has been participating since 2015, is a platform for providing mutual assistance to member states in the event of large-scale emergencies.

Today’s donation is the third delivery from the RescEU contingent of medical supplies of the European Commission, which is made in accordance with the signed Agreement between the Republic of Serbia and the European Union on Serbia’s participation in the EU Civil Protection Mechanism.