Twelve new ambulances with modern equipment, decontamination vehicles and protective equipment will be available to the health system in Serbia thanks to a European Union donation. 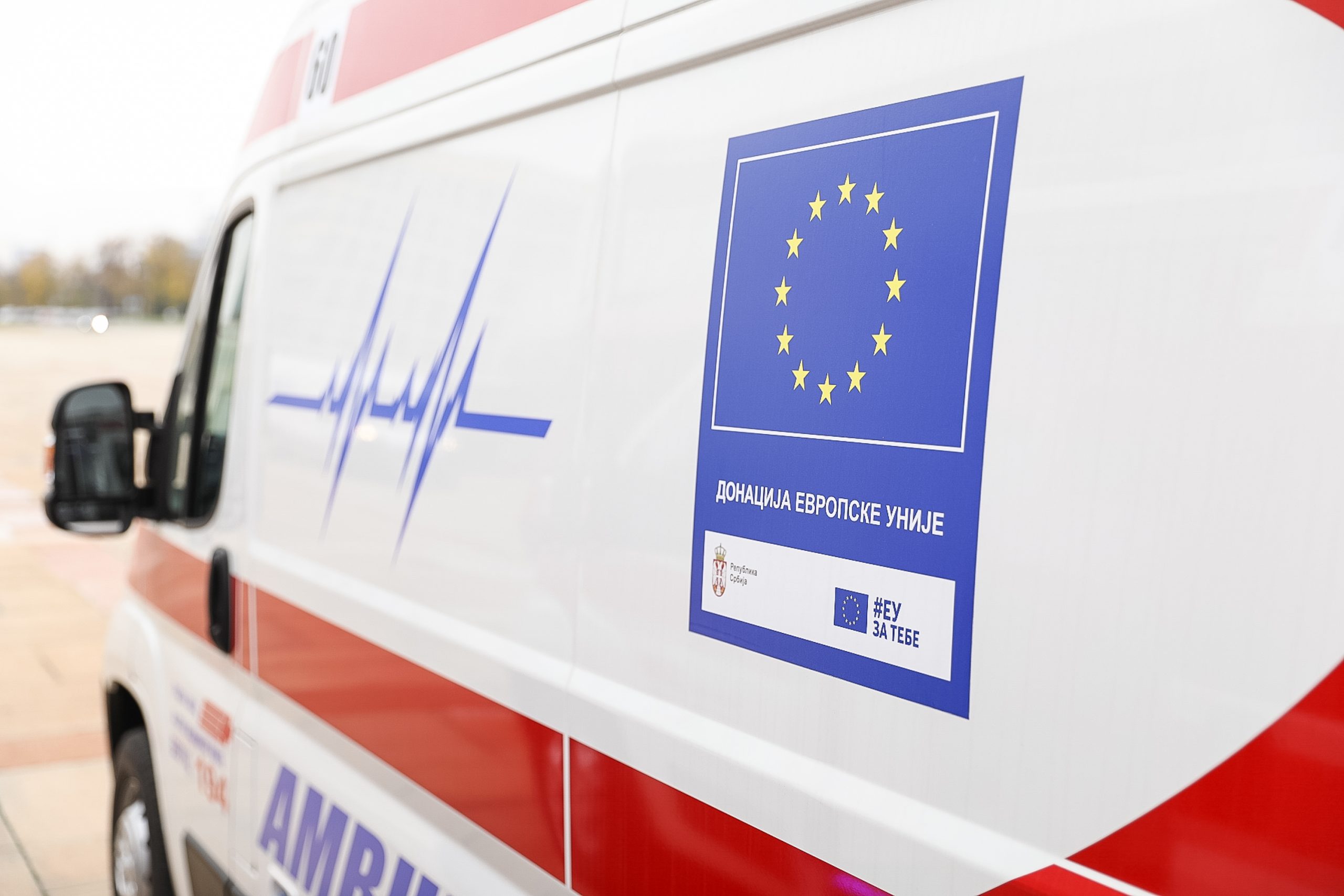 Ambassador Fabrizi emphasised the importance of cooperation with the Serbian authorities during the pandemic.

“Since the outbreak of the pandemic the EU has worked closely with Serbia to mitigate the health and economic impact of the Covid crisis. Initially, the EU financed an air lift bridge worth 7-million euros. 720t of essential medical assistance thanks to this air lift bridge. In July, the EU financed the hiring of 200 Serbian medical workers. Now that we are witnessing a new wave of the Covid-19 pandemic – which is putting under severe stress the health system and its capacities – the EU is bringing Serbia another signal of its support and solidarity in a difficult moment”, said Ambassador Fabrizi.

Vehicles and equipment handed over in Belgrade are a part of a wider donation of the European Union which includes 12 ambulance vehicles and mobile ventilators, 2 decontamination vehicles, as well as 75 sets of highly protective equipment that have already been delivered in October to institutes for emergency medicine and public health institutes in Niš, Kragujevac and Novi Sad. 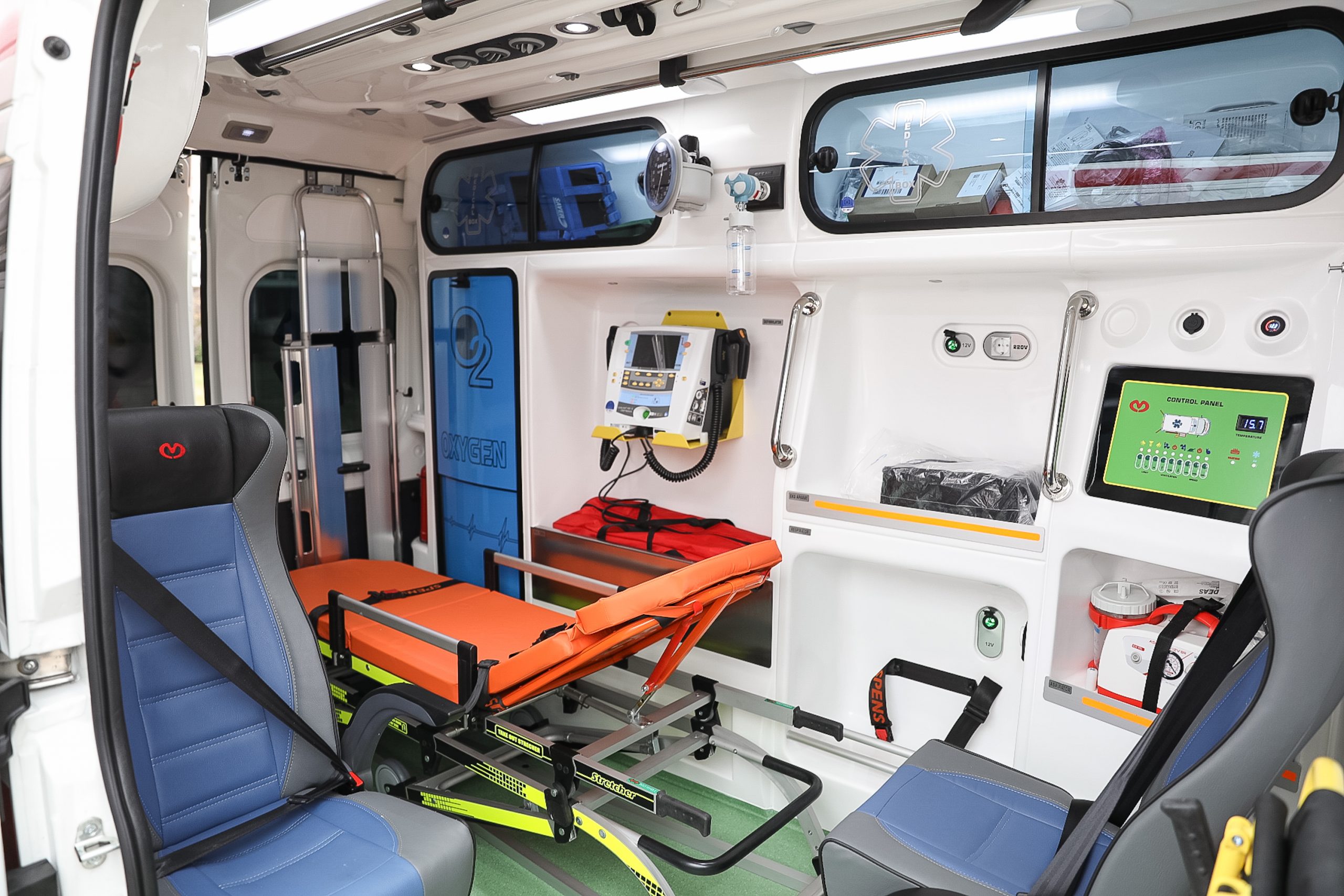 “With these 12 fully equipped ambulances we are making the emergency health services of Serbia more able to respond to the crisis. Earlier this year we honoured the brave Serbian workers who stand on the front lines in the battle against Covid 19 through our “Oni su heroji” campaign. This donation is dedicated to them, the heroes of Serbia”, emphasized Fabrizi.

The handover was preceded by a meeting between Ambassador Fabrizi and Minister of Health Dr. Lončar, that highlighted the assistance of the European Union provided to Serbia in the area of emergency management and health. 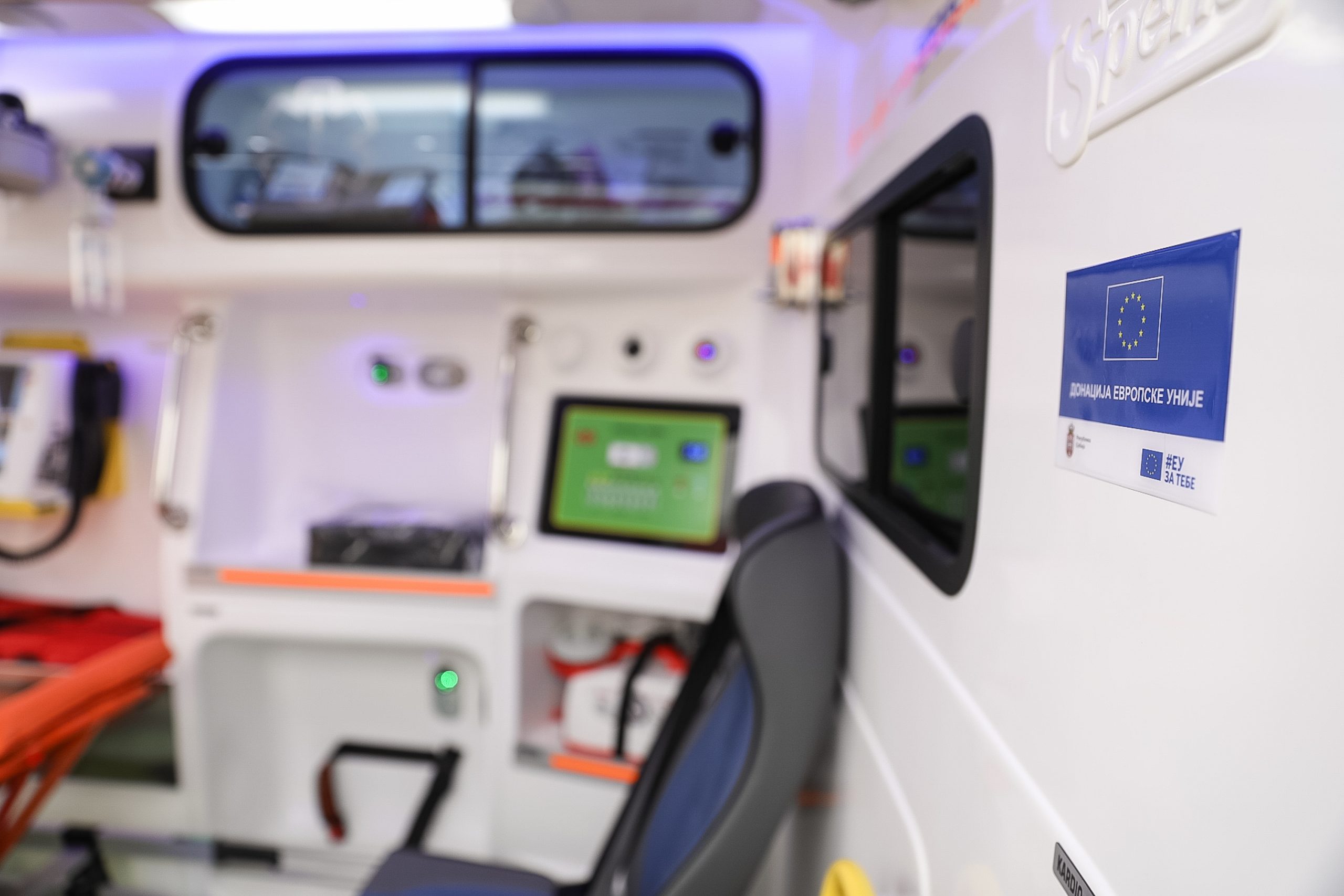 Minister of Health, Zlatibor Lončar, MD, thanked the EU Ambassador for the donation and underlined the importance of solidarity and cooperation, especially in times of crises such as global COVID 19 pandemic.

“Since the very beginning of the COVID 19 epidemics, the Republic of Serbia has responded in a responsible and decisive manner. For the last couple of months, the entire health system is focused on the care of the COVID-affected ones. The Government of Serbia is doing everything to provide health workers with sufficient quantities of personal protective equipment and supplies“, stated Lončar. 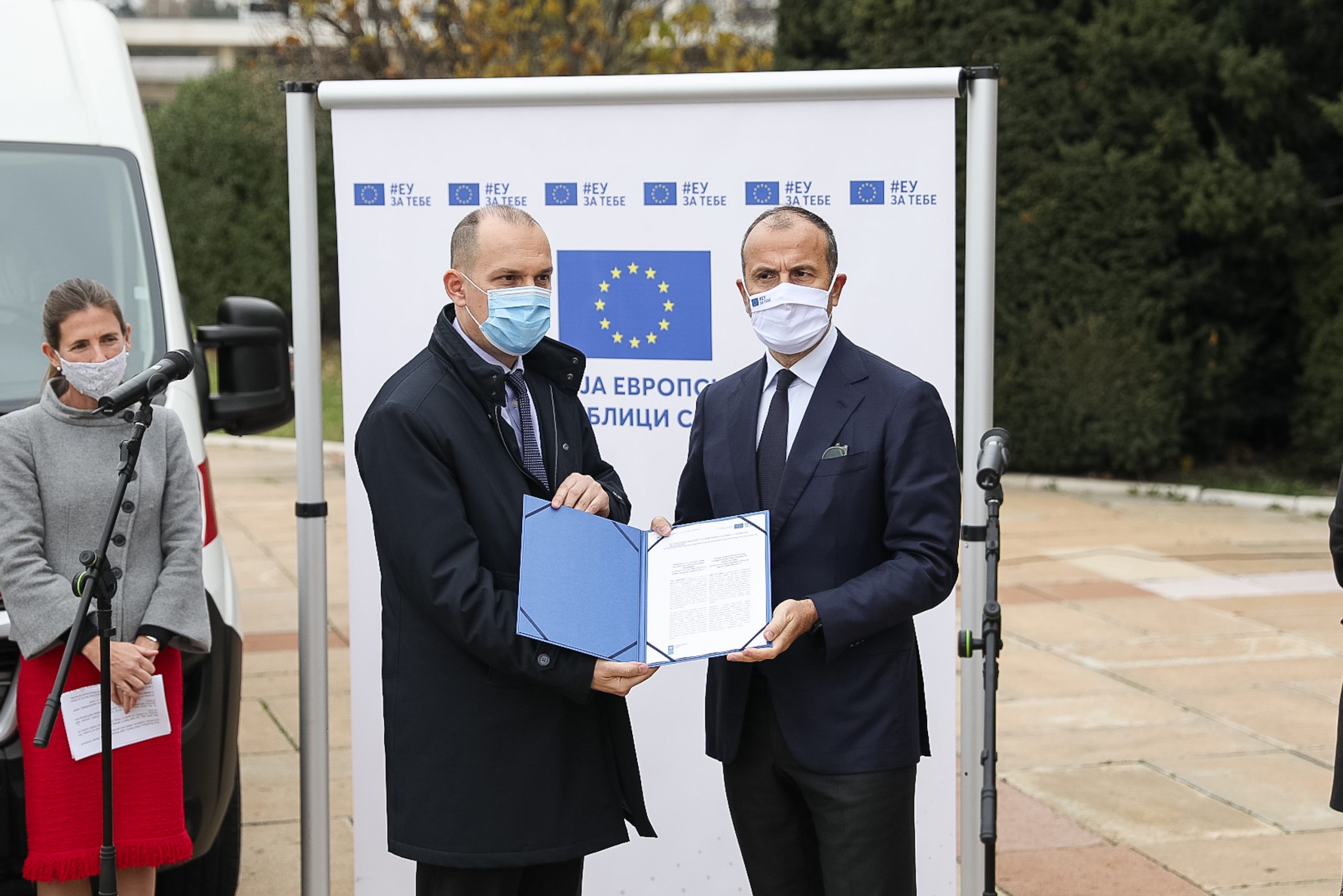 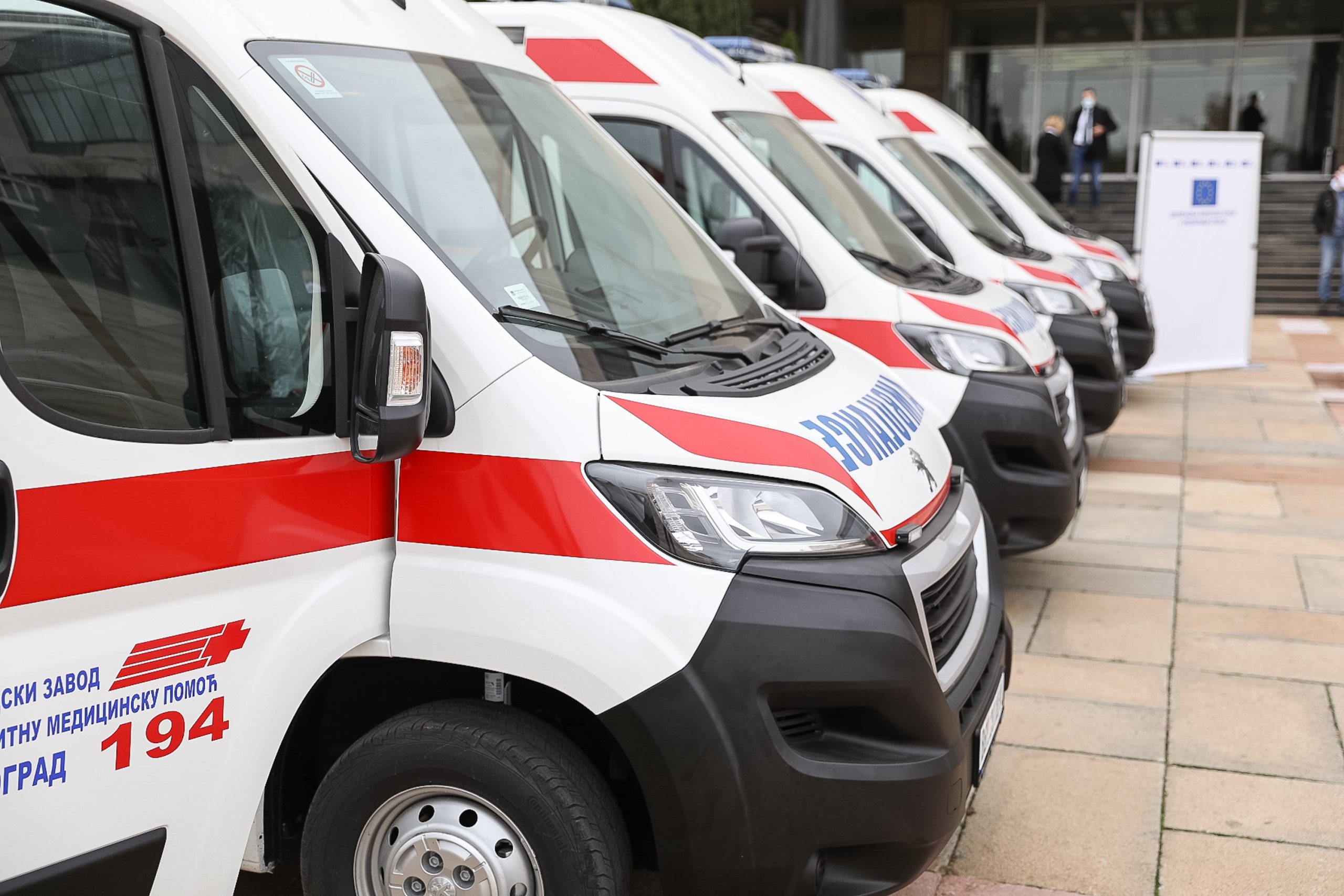 “Each ambulance vehicle is equipped with innovative disinfection system that enables the protection of staff and patients in case of exposure to infection and contamination. Mobile ventilators and highly protective equipment will assist them in prompt response thus saving more lives’, said Ms. Pickup. 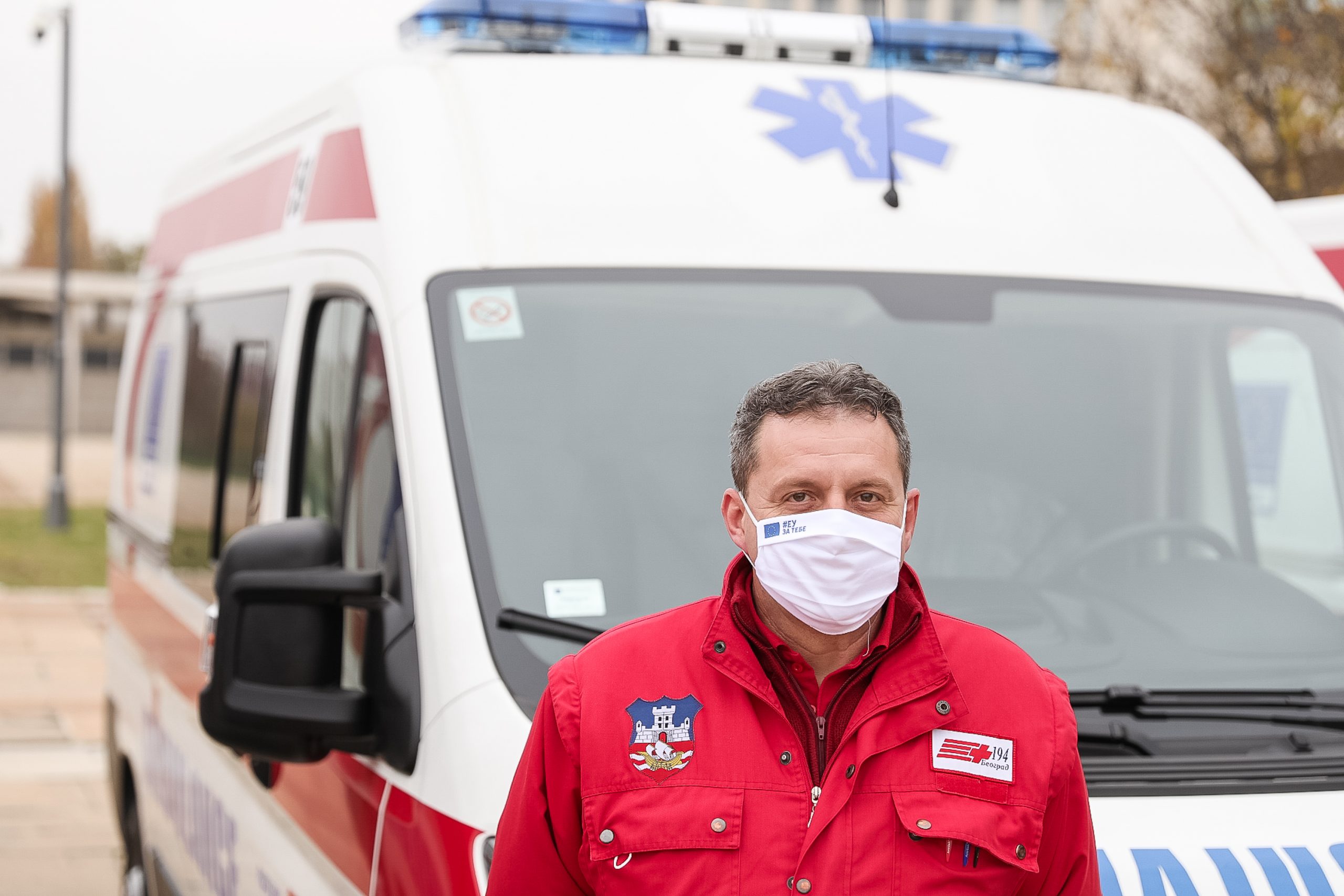 With regard to the medical and emergency workers, Ambassador Fabrizi pointed out that they were the real heroes.