The Head of the EU Delegation to Serbia Sem Fabrizi and the Minister of European Integration Jadranka Joksimovic signed the 2014-2020 IPARD II financial agreement that would allow the first contracts with farmers to be signed and money disbursed.

Following the signature of the agreement at the new headquarters of the Directorate for Agrarian Payments in New Belgrade, Fabrizi said that IPARD II was comprised of a EUR175 million grant which, combined with funding from local self-governments and private sector, will amount to around EUR400 of investment in agriculture.

Fabrizi pointed out that submitted projects proposals should be carefully reviewed, adding that he hoped the first contracts would be signed by the end of the summer.

“Over the past eight years, Serbian agricultural exports to the EU have doubled to EUR1.5 billion,” Fabrizi said, describing IPARD as the “entry point” of Serbian agriculture and a test of its readiness to cope with competition in the EU once the country becomes an EU member. 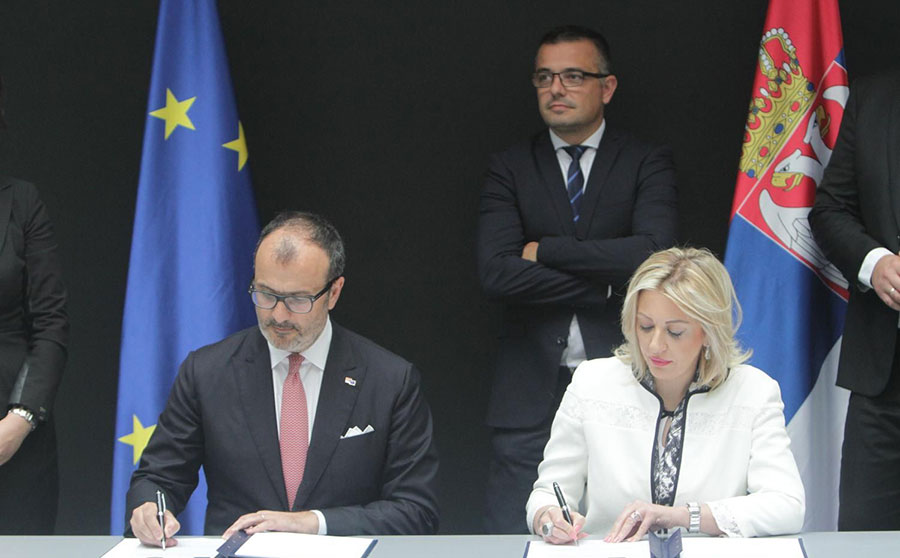 “I call on the Minister to take the remaining steps in this process,” Fabrizi told the event, participated in by the Minister of Agriculture Branislav Nedimovic, among others.

Joksimovic said that the main precondition to receive EU grants for rural development was to relocate the Directorate for Agrarian Payments from Sabac to Belgrade. The Directorate is now located in New Belgrade, in the building of Srbijasume.

According to her, proposals will be pre-financed in the first stage, but the money will eventually be reimbursed by the end of the process.

Joksimovic said the programmed was weighty as it helped Serbia to align its agricultural policy with EU’s own Common Agricultural Policy.

Nedimovic said 500 project proposals have been submitted to the IPARD, adding that the Directorate is currently reviewing the applications. He said he believed that “if everything goes as planned” the first contracts would be signed on Thursday, 5 July.

“This practically means that farmers will have money in their pockets,” Nedimovic said.