The President of the European Commission, Ursula von der Leyen, arrived in Serbia. The first official arrival of the President of the EC in Belgrade is part of the visit to the region of the Western Balkans, after Skopje, Tirana, Pristina and Podgorica.

President von der Leyen was greeted at the airport by Serbian President Aleksandar Vucic, and the two officials later met at Villa Mir. On Thursday, a delegation from Brussels met with Serbian Prime Minister Ana Brnabic. Later in the day, President von der Leyen will attend the ceremony on the occasion of the official start of works on the modernization and rehabilitation of the Nis-Brestovac railway and the signing of the contract on the first phase of the construction of the “Peace Highway”. 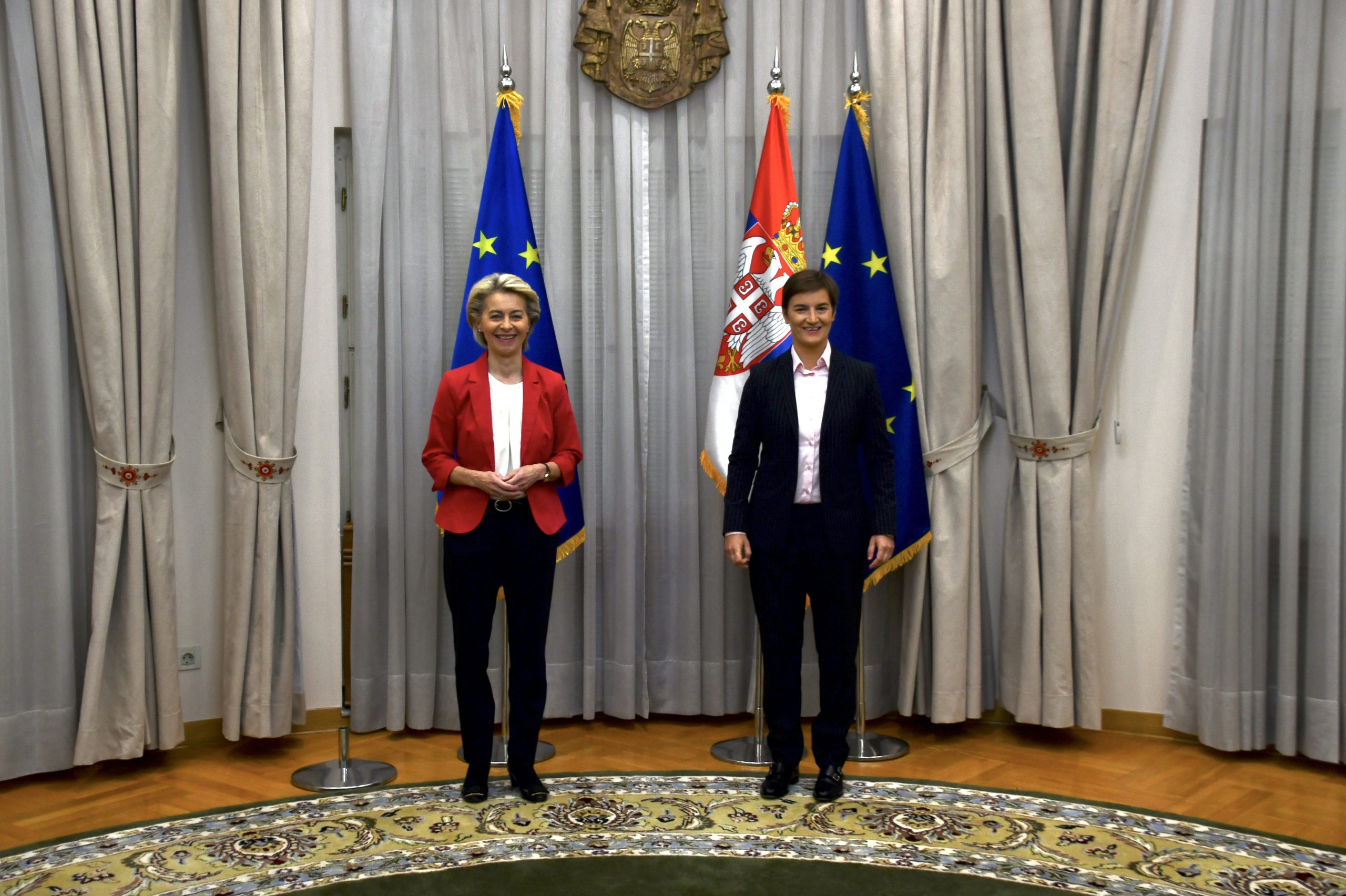