Today at the government building, Ambassador Sem Fabrizi, Head of the Delegation of the European Union to Serbia handed over to Ms. Jadranka Joksimovic, Minister for European Integration, the 2020 European Commission Annual report on Serbia, as well as the Economic and Investment Plan for the Western Balkans which the European Commission adopted today.

This year’s presentation of the Progress Report was accompanied by a comparative presentation of the announced Economic and Investment Plan, which was prepared with the intention of ensuring sustainable and stable development of the region, in the circumstances of improved enlargement methodology and crisis resulting from the current coronavirus pandemic, in order to support its economic and social development.

The Annual Report is the key document which assesses the implementation of fundamental reforms in Serbia and comes with clearer and more precise recommendations and guidance on the next steps for Serbia to make fast progress on its EU accession path, in line with the enhanced enlargement methodology. 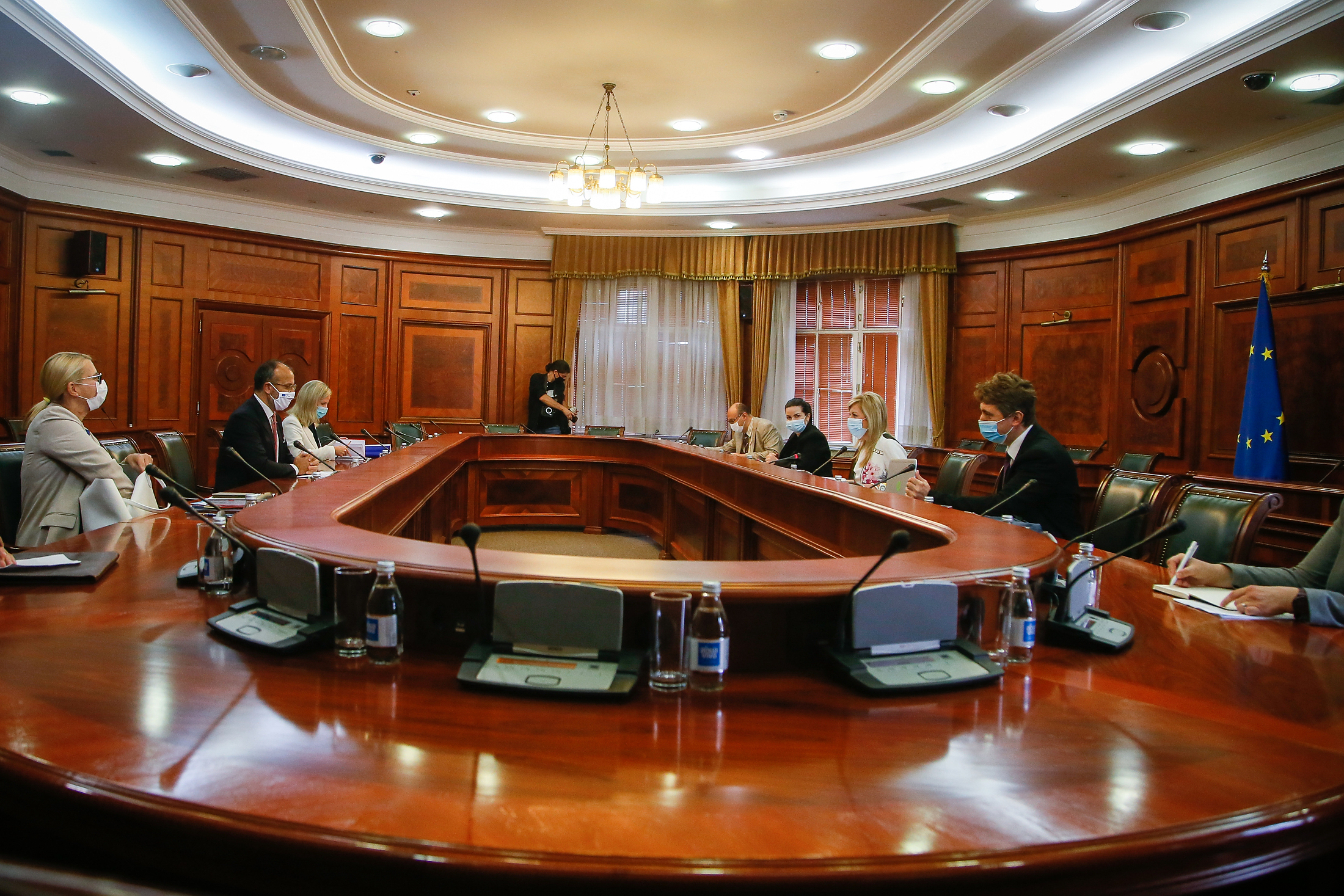 The Economic and Investment Plan for the Western Balkans sets out a substantial investment package mobilising up to €9 billion of non-refundable grants for the region. It will support sustainable connectivity, human capital, competitiveness and inclusive growth, and the twin green and digital transition.

Joksimovic stressed that there is the necessary political will of the government to define the most important and overarching political issues from the EU accession process in the context of the broadest social consensus, and that the new Government will have a programme course that will continue the accelerated reform process necessary in the accession process towards the Union. She pointed out that “European values, which the majority of Serbian society is committed to, clearly show that the policy of European integration represents the umbrella policy of the Republic of Serbia, which the Government and the President of the Republic of Serbia coherently implement.”

“Such progress and citizens’ commitment is the most important result of Serbia’s EU accession process so far and an important achievement the current government will hand down to the future government, because political and economic criteria for the EU accession have become standards and benchmarks for citizens to assess progress in improvement of their standards of living, personal wellbeing and increased sustainable opportunities for all”, Minister Joksimovic said.

The Minister added that the Report states that Serbia remained committed to the EU accession process and is implementing the necessary reforms. The speed of reforms in certain areas varies, which is expected given their complexity, but it is important that there is no backsliding in any area. We will carefully analyse all criticisms and recommendations, and accelerate reforms where there are objective delays. 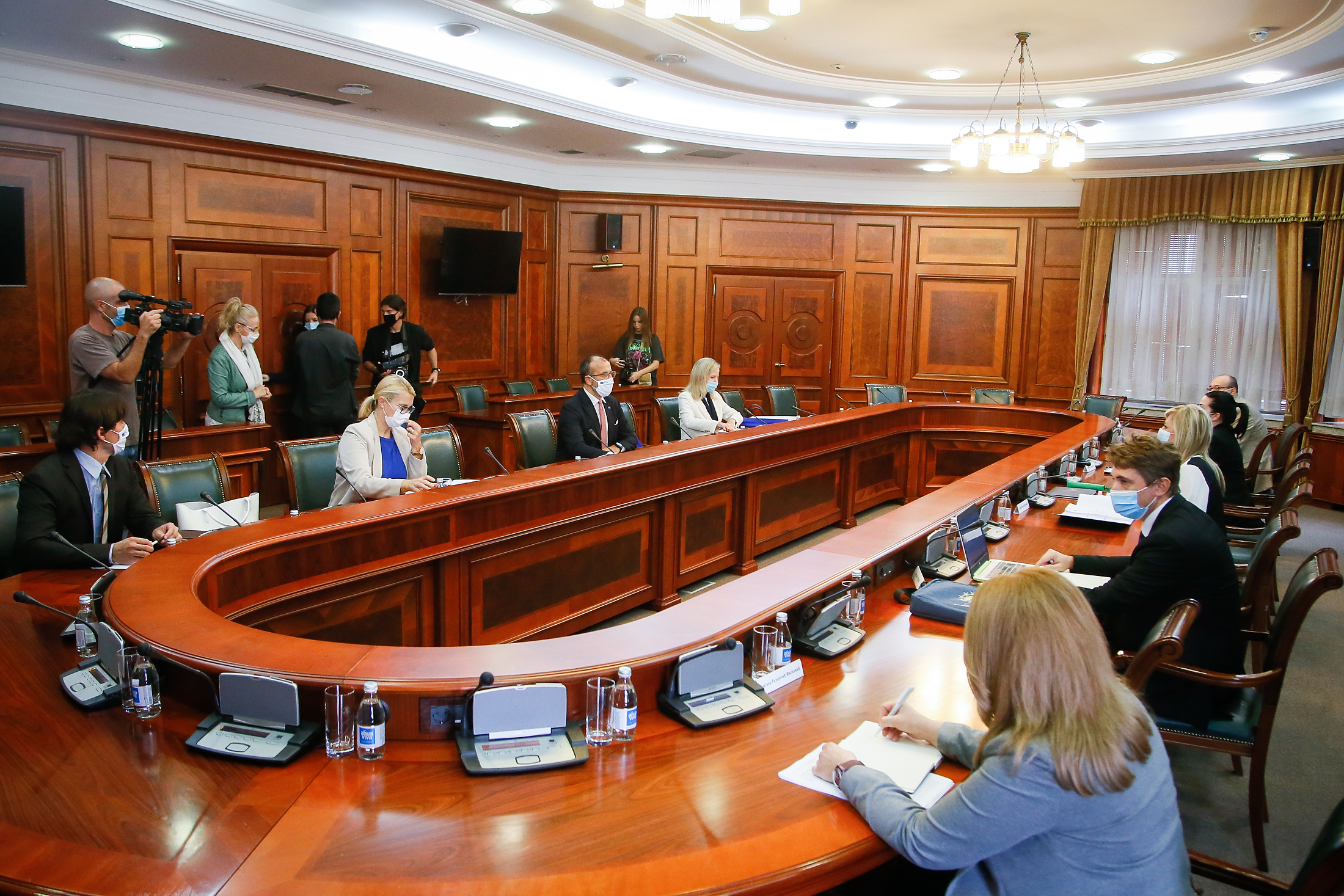 “The report notes progress in most areas and the achieved level of progress enables further opening of negotiation chapters, with the understanding that the application of the new methodology to the negotiation process in Serbia has not yet taken shape,” said Joksimović.

During the meeting Ambassador Fabrizi said that ‘This year, the European Union comes with a comprehensive package to reaffirm the importance of the Western Balkans. In the annual report, Serbia will find clear and precise recommendations to address the key reforms to move faster on its EU accession path and make the country economically more competitive, and environmentally more sustainable. The Report put a strong emphasis on deepening and accelerating reforms on political criteria and the Rule of Law. In particular, implementation of election recommendations by OSCE/ODHiR and continuation of the inter-party dialogue, adoption of the new media strategy, constitutional reform of judiciary, transformation of public administration, and fight against corruption and organised crime. 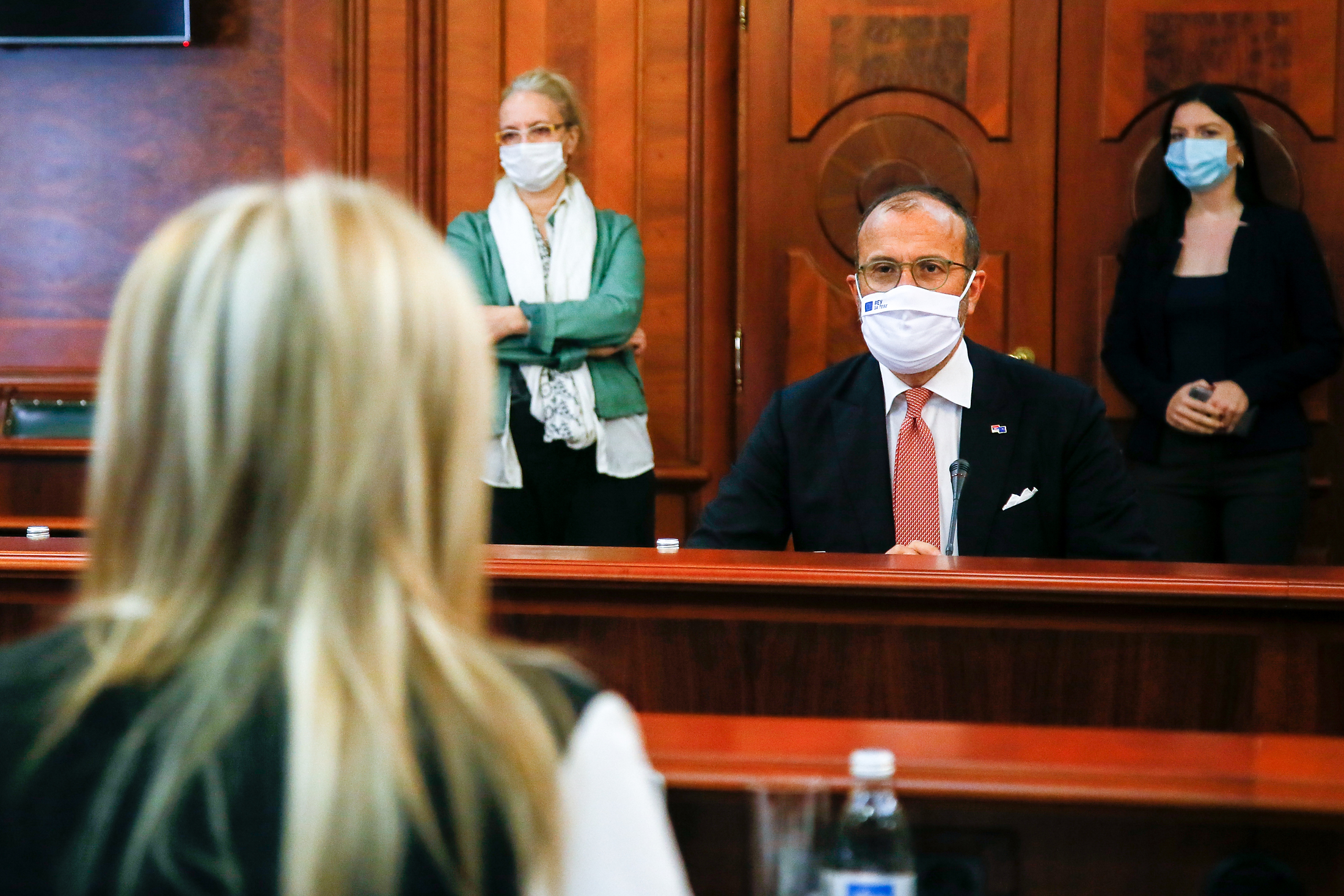 The Report also notes positive developments in the economic sector as Serbia is developing a full functioning market economy and has reacted swiftly to the Covid-19 economic impact. In the Economic and Investment Plan (EIP) for the Western Balkans, supported with over EUR 9 Billion of EU IPA grants, and the Western Balkans Guarantee Facility, which has a potential to mobilise up to 20 billion euros investments, Serbia will find an unprecedented financial package to boost longer – term socioeconomic recovery post Covid-19 and accelerate economic convergence with the EU. The EIP will foster connectivity and infrastructures, support a green and digital transition, and invest in jobs and human capital.

This comprehensive package comes at an important moment for Serbia, which is forming a new government. The Report should serve as key forward guidance and springboard for accelerating policy reforms. The Economic and Investment Plan is to support the economic recovery and convergence with the EU. Together they represent a strong policy and financial toolbox for Serbia to advance faster in its journey to the EU. I am sure that Serbia will seize this great opportunity.’

The interlocutors agreed with the fact that Serbia made important economic progress in this reporting period and responded to the Covid-19 crisis in a timely manner, that in the moments when the whole world is struggling with the biggest crisis of this generation, a positive tone of economic development has been maintained.

As it was emphasised, the Enlargement Package and the Progress Report are arriving at the right time, because they will represent an important segment of the roadmap for further reforms for the new Government of Serbia.