“Olympic Lesson” took place at the Jovan Ristic Primary School in Borca.  The activities are part of the European Week of Sport organised by the Olympic Committee of Serbia and the Ministry of Youth and Sports, with the support of the European Union.

The students, children and young people from the Group 484 Centre for Migration tried out various sports, from basketball and cricket to hurdle races at the school gym and on the pitches in the schoolyard. Nadica Bozanic, a silver medalist in taekwondo at the Youth Olympic Games held in Buenos Aires last year, joined the fun as well. 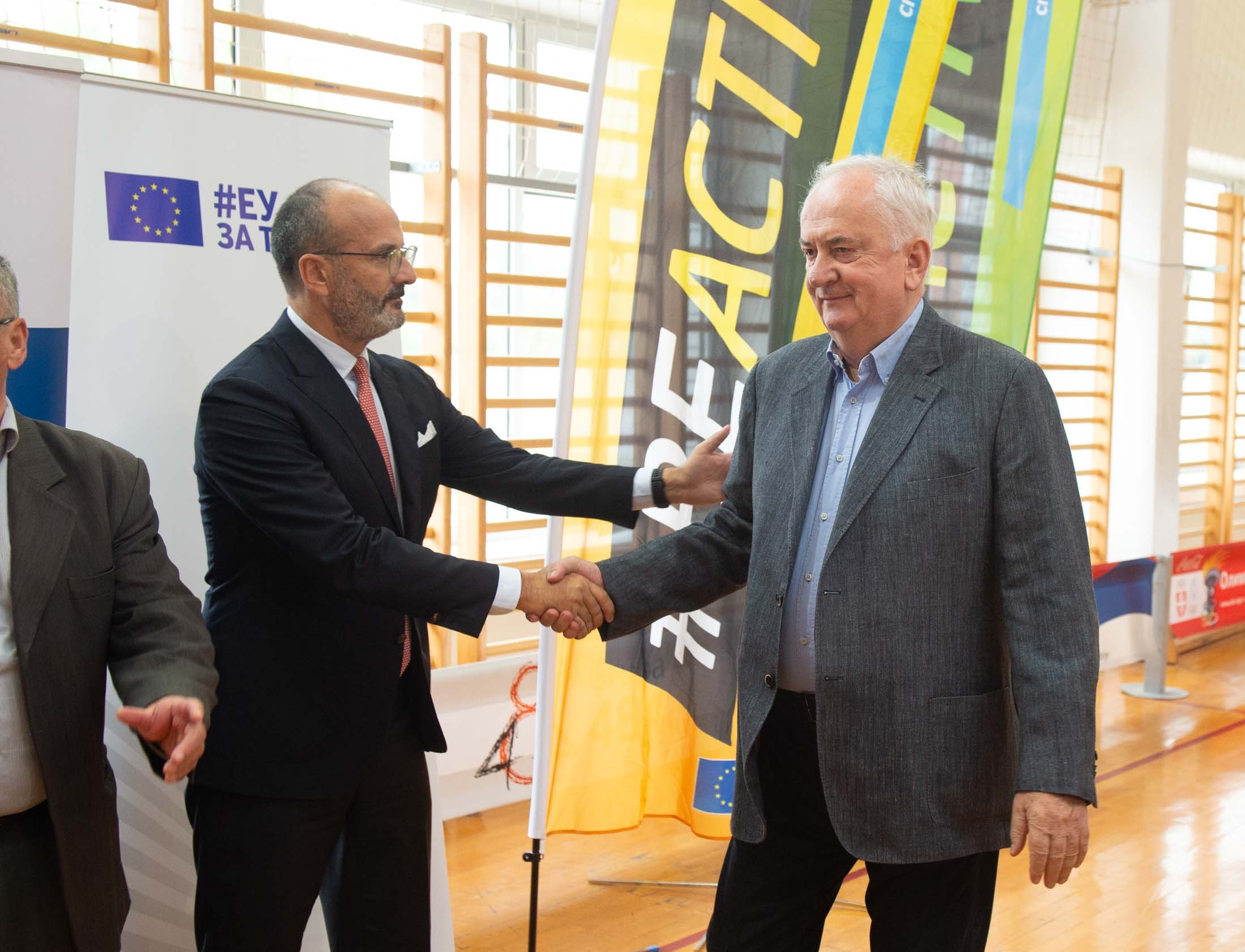 During this lesson, you will not just try out different sports, but you will learn the importance of tolerance and fair play, respect for others and the joy of team sports, Head of the EU Delegation to Serbia, Ambassador Sem Fabrizi said.

“I am so glad that you have the flag of the European Union on your t-shirts, as it is a symbol of tolerance. I hope that you will have a lot of fun today”, Ambassador Fabrizi, who personally joined one part of sports activities, said.

“I am especially glad that tolerance will be in our focus, as it is best learned through sport and positive role models”, the principle of Jovan Ristic Primary School Mileta Djordjevic said.

“When I was a coach of Panathinaikos, we spoke 7 different languages in the locker rooms.  However, that didn’t stop us from being brothers”, President of the Olympic Committee of Serbia and former basketball coach Bozidar Maljkovic said.

Under the slogan #BeActive, the European Week of Sport takes place between 23 and 30 September all over Serbia with the aim of raising awareness of a healthy lifestyle and the importance of sport and physical activities.