According to data published by the company Tvrdjava Golubacki grad, in only two and a half months this spring (15 March-31 May) some 14,000 tourists have visited the Fortress of Golubac, a third of which were foreigners.

Director of the company Iskra Maksimovis said that tourists from all around the world visited the Fortress. “Such a turnout and influx of tourists has been reported in the municipality of Golubac as well. This was reflected not only in restaurants, but also in retail stores and accommodation capacity utilisation,” Iskra Maksimovic said.

The municipality of Golubac, together with several neighbourhoods along the Danube, is home to some 9,000 people. 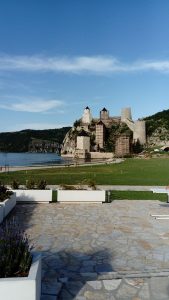 The reconstruction has been carried out in several stages, including the construction of bank revetment, moving the traffic out of the Fortress and construction of a tunnel, a ring road and, finally, a modern visitors’ centre and a pier. The visitors’ centre offers commercial facilities such as the amphitheatre with a capacity of 250 people, a restaurant, etc. The municipality of Golubac expects to see the creation of more than 100 new jobs and annual revenue of some €0.5 million, once the reconstruction and additional facilities are completed.

Another €2 million will be set aside under the IPA 2016 programme in order to finish the reconstruction of the Golubac Fortress which will enable the Fortress to increase the tourism supply and open new jobs for the local population.

Apart from the reconstruction of Golubac Fortress, within the SEDDSR project a new water supply network in Veliko Gradiste was constructed with €4.5 million. This brought direct benefits to 25,000 people and significantly contributed to developing tourism potential of the Srebrno jezero (Silver Lake), another popular tourist destination in Serbia.

Also, within the programme, another 17 smaller-scale projects have been funded which helped to increase the tourism supply of the Danube region and create more than 2,000 new jobs in the municipalities across the Danube region. All of this opened up new opportunities for progress and a chance for a better life in the region, home to 1.6 million people. In parallel, cultural initiatives have also enjoyed support of the project, including the project “Promotion of the Danube as a filming location“ as well as the production of a promotional film “The Danube in Serbia: 588 impressions“, which won 8 international awards. 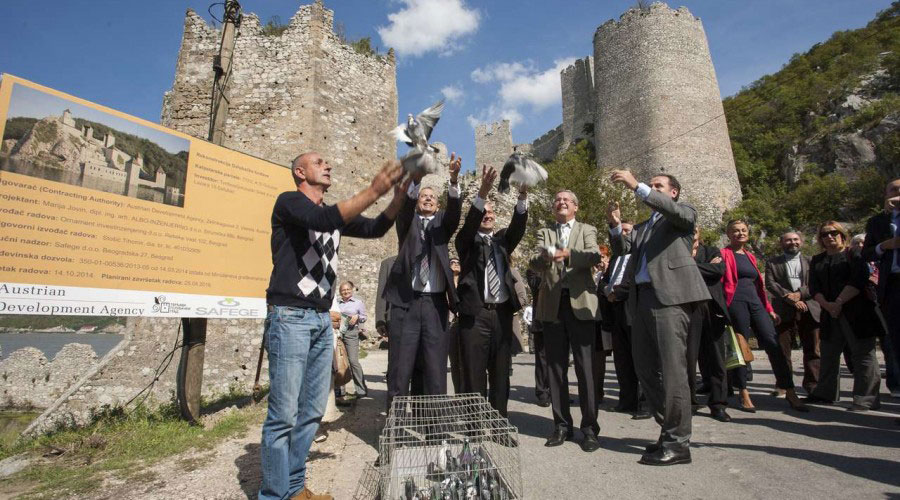 The promotion of the reconstruction of Golubac Fortress is the first success story within the campaign EU for Serbia (EU4Serbia, EU ♥ Serbia) spearheaded by the EU Delegation to Serbia and the EU Info Centre with a goal of bringing Serbian citizens closer to Serbia-EU cooperation and its outcomes and allow them to see scenes from life which, thanks to tremendous EU assistance among other things, is changing for the better.

The campaign also included setting up of billboards depicting success stories in Belgrade, Novi Sad and Nis. The campaign is running on social networks as well.

For more information about the project: http://europa.rs/obnova-tvrdave-golubac-i-novi-sistem-vodosnabdevanja-u-velikom-gradistu-uz-pomoc-eu/

The EU financially supports protection and conservation of various cultural monuments in Serbia because Serbia and the EU share common values, among which the cultural heritage occupies an important place.