Throughout Serbia, over the last three years, cooperation agreements with municipalities for the construction of housing facilities have been signed, construction sites opened, keys to apartments and prefabricated houses handed to refugees and IDPs who have for years, decades even, lived in collective centres.

The results of the EU Project “For A Better Life”, launched in March 2013 and due to close in 2016, and grants worth EUR14.2 million are becoming more and more tangible.

Goal of the project is to provide successful integration and adequate living conditions to refugees and IDPs who have decided to stay in Serbia and allow sustainable return for people wishing to go back to Kosovo*.

According to the plan implemented with the support from Danish Refugee Council, German HELP, Hausing Centre and UNHCR, social housing solutions will be granted to beneficiaries living in collective centres in Bela Palanka, Belgrade, Bujanovac, Kladovo, Kragujevac, Pancevo, Raca, Sabac and Vranje.

One of the goals implemented with the support from Danish Refugee Council and German Arbeiter Samariter Bund is to provide sustainable return for 220 families who have decided to return to Kosovo. Also, they will be assisted in solving administrative issues and provided with grants to start their own business in agriculture and other areas. 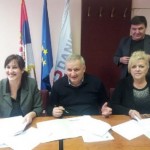 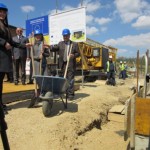 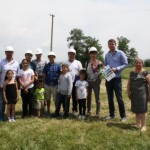 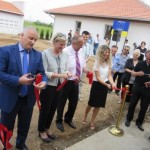 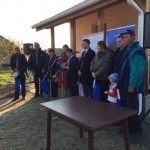 Third aspect of the Project is to provide adequate conditions for the integration of refugees, improvement of living conditions for IDPs and reintegration of returnees under the Readmission Agreement in the municipalities of Arilje, Batocina, Bojnik, Kula, Sombor, Topola, Vranje and Vrbas. Within the project, the municipalities which had signed agreements on grants have helped these families with the provision of construction material and equipment, economic empowerment, as well as the delivery and construction of prefabricated houses.

*This designation is without prejudice on the position of status and is in line with UNSC Resolution 1244 and opinion of ICJ on the Kosovo declaration of independence.