The bag of Serbian fifth grade pupils is on average 7 kilograms heavy, while about 60 percent of children aged 6-14 years have a curved spine. The average of net salary paid in October 2017 amounted to 46,879 dinars. In 2016 in Serbia, 35,921 marriages were made. 64.7 percent of citizens had Internet connection in their homes in 2016. In October 2017, Serbia was visited by nearly 15 percent more tourists than in the same month a year before. In courts of general jurisdiction in 2016, there were 68 percent of women judges while 32 percent of them were men. Average household in the Republic of Serbia has three members.

These are some of the statistics we encounter on a daily basis. How these data are collected and processed and are they accurate? It is important to have confidence in data collected by statistical institutions.

It is therefore necessary that each individual statistical system be independent, impartial and objective and data presented to be fair, accurate and accessible to the public. The importance of coordination within the system of official statistics today, especially in the process of EU accession, is a challenge. The countries involved in the process of European integration are faced with a particular responsibility and a challenge as they need to further improve their institutional position and independence within the system (which is one of the fundamental principles of the European Statistics Code of Practice). In a situation governed by major challenges and competition in the market, official statistics must remain relevant and provide quality data.

To make this possible and feasible, good cooperation among institutions and organizations is a precondition for successful functioning of the statistics system. Cooperation among the producers of official statistics and data providers is complex and requires continuous improvement.

Official statistics have a great significance and is faced by many responsibilities and major challenges in the process of European integration. Statistics specialists point out that it is important that statistics turns from descriptive one (the one that does not go deeper into significance and potential of the data) into statistics that explains phenomena, predicts and influences the decision-making within the government, economy and academic community.

The Statistical Office of the Republic of Serbia (SORS) is responsible for statistics in Serbia as a separate professional organisation in the public administration of Serbia, the one that carries out expert tasks related to development of methodology, collection, processing, statistical analysis and publication of statistical data. SORS has become one of fifteen partners of the UNECE for modernization of official statistics, composed of both international organisations and highly developed national statistical institutes from around the world.

Aiming to improve Serbian statistical system on its European integration, the European Union funded the project “Strengthening the statistical system of Serbia by improving methodologies and standards through the application of good practice”. Harmonisations of methodologies, standards and good practices applied to the production of a reliable statistical basis crucial for Serbia’s social and economic system in view of its EU accession as well as the harmonization of certain statistical areas and indicators that serves as a basis for adoption of public policies in all key areas, were successfully carried out during project activities. 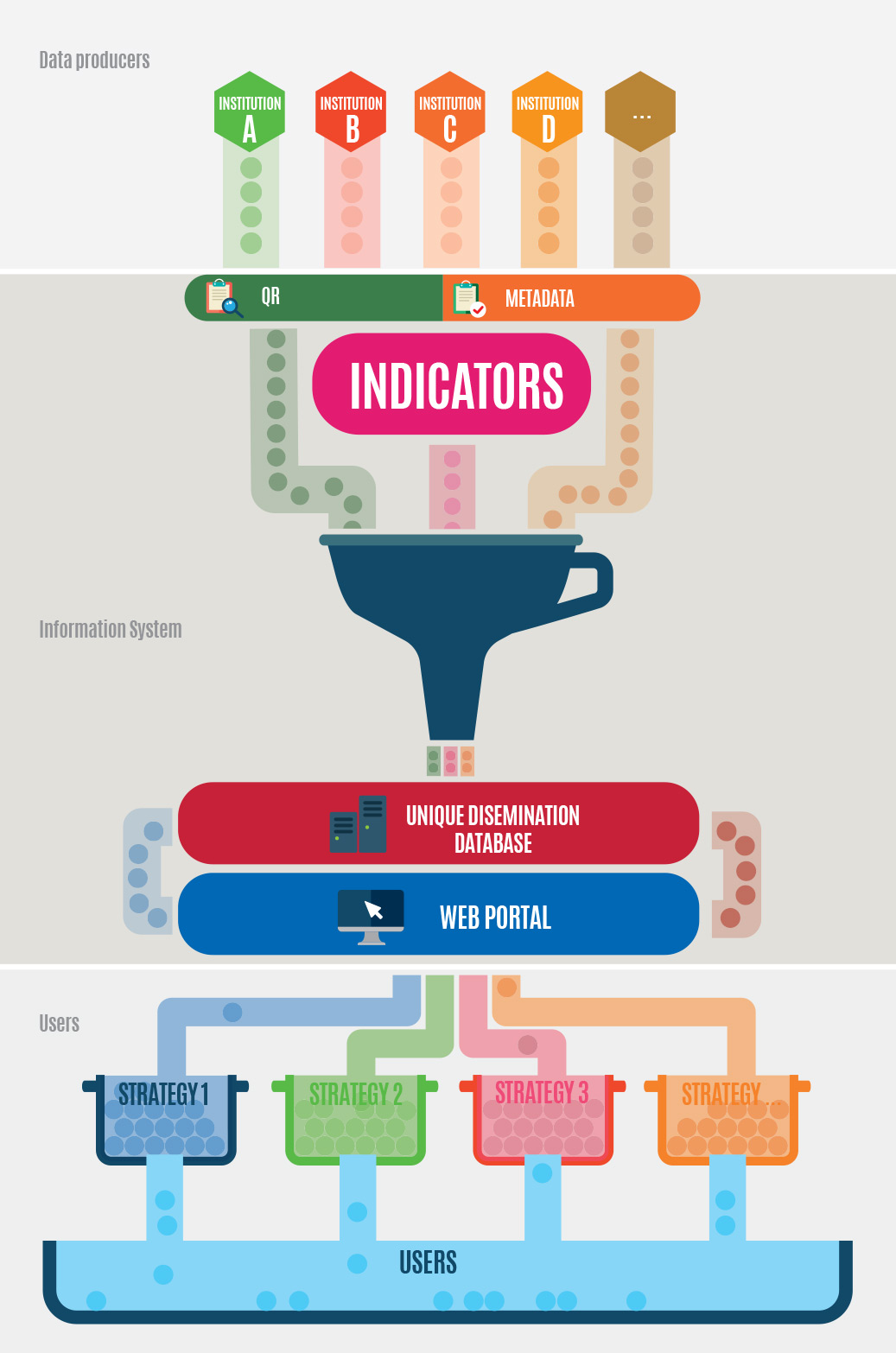 With the support of the project, the SORS ICT sector has been modernized, a new web-site of the SORS has been created and interoperability has been provided, which involves the exchange of data and knowledge with other institutions and organizations. The project provided the necessary support to the SORS as regards the improvement of the overall system for development of national accounts in accordance with the requirements and methodologies of Eurostat (the EU Statistical Office).

SORS is an institution that is also responsible for the production of a set of Indicators of Sustainable Development of the European Union, some of which already exist within the statistical system. Thanks to project activities, 104 indicators have been collected (out of 135 possible (at the moment, Serbia has about 80 percent of indicators that enable the monitoring of sustainable development)).

The project also contributed to fulfillment of obligations under negotiating chapter 18, dealing with statistics. In addition to this chapter, official statistics should provide data for another 16 negotiation chapters (out of a total of 35), especially in the fields of economy, finance, agriculture and regional policy.

According to SORS Director Dr Miladin Kovacevic Serbia is ready to open chapter 18, dealing with statistics. Amendments to the Law on Statistics, expected to be adopted in early 2018, are a positive step on this path. According to Director of Eurostat Peter Everers, who is in charge of cooperation and international cooperation in the European Statistical System, this Law is fully in line with European recommendations. He, however, notes that its enforcement is even more important.

The new Law would substantially improve the functioning of the statistical system, especially taking into account new habits of users due to rising changes in the field of information and communication technologies.

The progress of any country in the process of European integration is measured solely on the basis of official statistical data. As the EU acquis continuously develops, it is necessary to strengthen Serbian statistical system in order for it to monitor changes within the European Statistical System, and to respond to challenges faced not only by statistics, but also the entire process of EU negotiations.

“There is still much work ahead. The EU acquis has some 300 regulations that describe the process of statistics production so as to make it fully comparable to the EU knowing that for EU-aspiring countries, comparability is one of the most important issues,” Everers notes.

The EU has previously donated 600,000 euros to the SORS (data center, PCs and other IT equipment for its head office and various regional departments) and has thus greatly contributed to project implementation. The EU will continue to provide support to the SORS in future.

The project activities started in April 2016 and ran through December 2017. The project was funded by the EU with 3.5 million euros and was implemented by a consortium led by GOPA.

History of statistics in Serbia

Official statistics in the Republic of Serbia exist for more than 150 years. The statistics in Serbia was established in 1862 when Mihailo Obrenovic passed an act that obliged the economic department of the Ministry of Finance to conduct statistical affairs, marking the birth of the national statistics in Serbia. There are records on the number of taxpayers in the region prior to 1862 as well, whereas livestock census dates back to as early as 1824.

From 1834 onward, regular population censuses have been carried out; regular statistics on foreign trade and internal trade statistics, price and wage statistics were introduced a couple of years later. At the time, statistics in Serbia was primarily the “science of the people” i.e. population statistics. At the end of the 19th century, Serbia took a step forward and joined the more developed European countries in this area. In 1881, a separate Law on the organization of official statistics was adopted; the Statistical Office of Serbia was established in 1945.

Nowadays, the SORS is separate professional organisation that perpetuates a rich tradition in development of statistical research and plays a legally defined role of the professional holder, organiser and coordinator of the official statistics system in Serbia, and the role of the country’s delegate in the international statistical system.