Nine Roma families officially moved today to their new apartments in the newly constructed residential block in the local community of Prekodolce, the Municipality of Vladicin Han. They have lost their homes to floods and landslides and are now moving from containers to new apartments built and equipped with basic furniture and appliances within the European Union Assistance for Flood Relief in Serbia Programme. 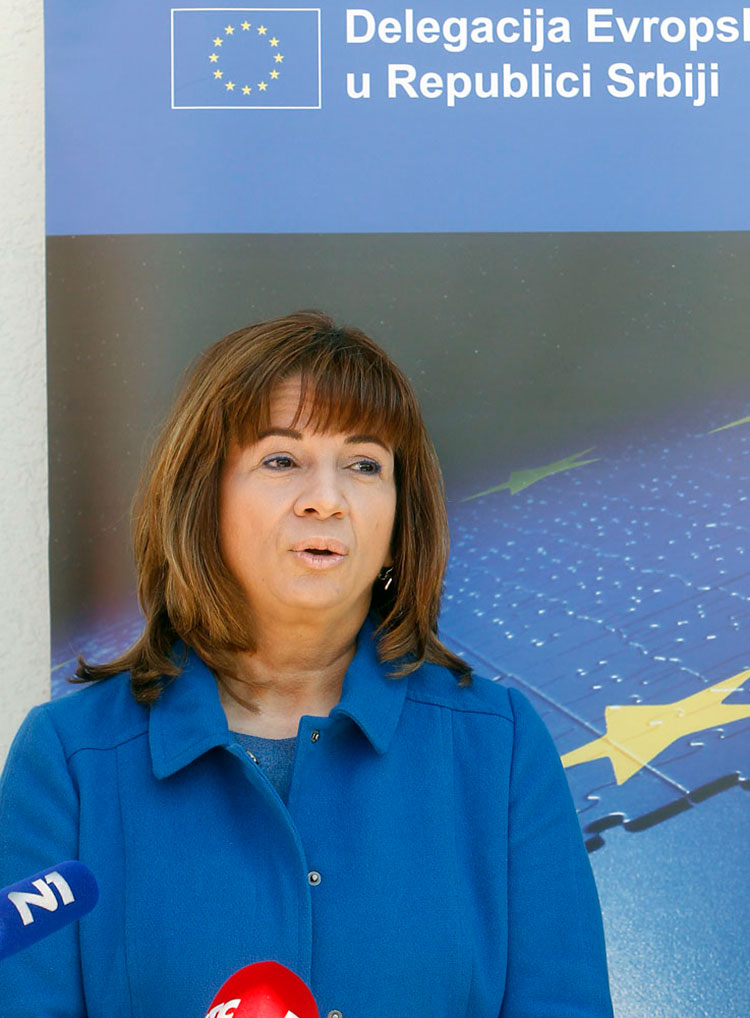 During the official hand over ceremony, the EU Delegation Programme Manager Maja Vuckovic-Krcmar reminded that the EU was the first to respond to May 2014 floods. The money invested in reconstruction projects came directly from EU tax payers and was distributed through IPA funds. The European Union, being the largest donor, provided EUR172 for flood relief to Serbia. The assistance reached the first beneficiaries as early as August of the same year.

“We can conclude,” noted Vuckovic-Krcmar, “that we have done a tremendous job and are more than happy with the results. The project implemented in Vladicin Han was not part of the initial Programme as the municipality was hit by floods in January 2015. Even though we had to follow rather complex bureaucratic procedures, together with the Help, which has been particularly active and productive in the south of the country, we have managed to integrate these people into the Programme.”

“The Municipality of Vladicin Han sets an example of how a humane and rather important project can be implemented with active support of a local self-government and illustrate the work the EU and its Delegation are doing across Serbia. Another example of social housing can be found only in Obrenovac, where we have constructed a building for 32 families, some of which are of Roma descent, who are well-integrated. I hope you too would be pleased here and enjoy your new homes,” said Vuckovic-Krcmar.

By creating basic conditions for a decent life, these vulnerable families now have a chance for a new beginning thanks to concerted efforts made by the EU Delegation and Help as well as targeted efforts made by the local self-government, which secured the construction lot and connections to local infrastructure, and the Centre for Social Work and a health mediator. 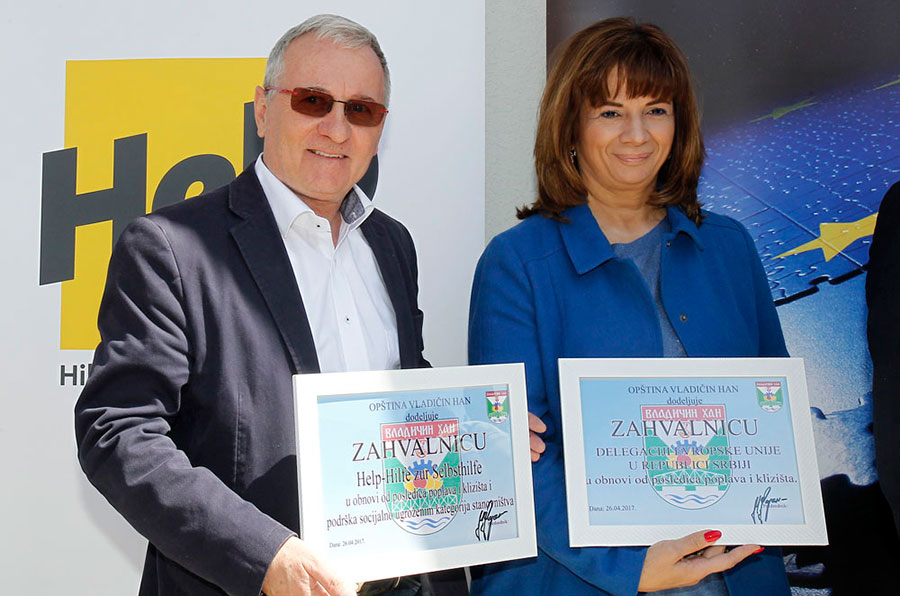 The State Secretary at the Ministry of Labour, Employment, Veteran and Social Affairs, Vladimir Ilic, thanked the EU and Help for their joint efforts and added that the project was of particular importance as it addressed the needs of social assistance beneficiaries. Ilic said that the Government of the Republic of Serbia, social institutions and civil society were all on the same mission, adding that it is necessary to go a step further in order to overcome the difficulties of the socially vulnerable and make them equal members of the society.

While handing the letters of thanks to the EU Delegation and Help, Goran Mladenovic the President of the Municipality said he was happy with the results. “I would like to thank the European Union, the Help and the Ministry of Labour for being sympathetic towards the flood-affected families. Each invested Euro can be seen in the new homes of these nine Roma families,” Mladenovic said.

Help Regional Coordinator Klaus Mock noted that the construction of apartments, carried out with support of the EU, was just another example of good cooperation and targeted assistance provided to those in need in line with the collective mission of all partners. “We have turned an empty space into a functional residential block with apartments equipped with appliances and furniture, street access and a children’s playground. Total value of the investment in the local community – the construction of prefabricated houses, basic furniture and appliances as well as the construction of driveways, footpaths and access paths, green space and the children’s playground – amounts to EUR208,088.00,” Mock said. 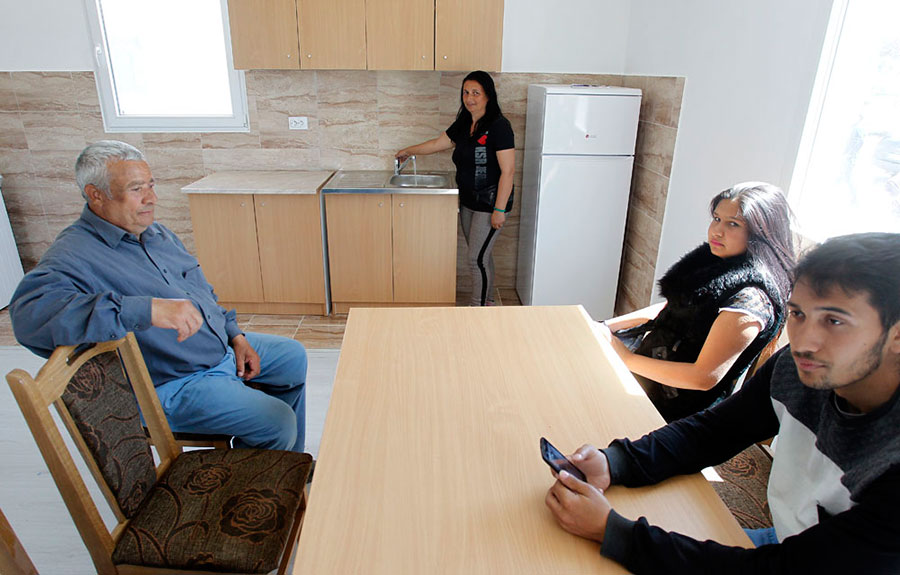 A part of the Programme, implemented by organisations ASB, DRC and Help, also focused on the construction and reconstruction of private homes and support for micro and small companies and farmers who had suffered flood damage.

All activities on the ground are carried out by the UN Office for Project Services (UNOPS), UN Food and Agriculture Organisation (FAO), organisations HELP, ASB, DRC, Austrian Development Agency and World Bank – in coordination with the Government Office for Assistance and Reconstruction of Flooded Areas.