Alija Sirotanovic was once just a miner, but during the 1970s he became a sort of the Superman of the Balkans after setting an 8-hour coal mining world record back. He set the record back in 1949 on this very day, 26 July, together with another eight of his fellow miners. On that day, his miners dethroned their Russian colleague Alexey Stakhanov, by mining 152 tons of coal or 253 minecarts. Alija was thus proclaimed the Hero of Socialist Labour and his face was printed on a banknote, while his endeavour came to be known as a model of hard and efficient work.

One of the numerous urban legends about Alija Sirotanovic says that he complained to his superiors about his shovel being too small. So, a couple of days later, they made him a bigger shovel, even though Alija had used a pneumatic drill while working.

Today in Serbia, there are 200 working mines and some 250 quarries, abandoned mine pits and mine waste dumpsites. In the territory of the Municipality of Raska alone, located 200 km southeast of Belgrade, there are seven mine waste dumps, in addition to another three mines that are still running. Abandoned mines can in the long lead to the pollution of air, soil and water and thus become a threat to the health of people, animals and plants, posing a risk to the environment. Also, as the wind disperses tiny particles of the material from abandoned mines and leads to erosion (especially after heavy rains), resulting in the dispersal of polluted particles in both surface and underground water. 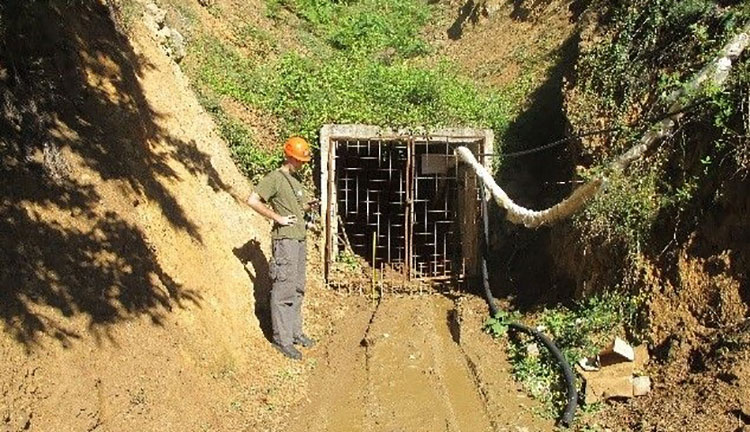 In late 2017, the European Union funded a project titled „Cadastre of mining waste in Serbia“ aimed at creating an inventory of all mine waste collecting sites and ensuring the management of those systems. In cooperation with the Ministry of Mining and Energy of Serbia, the project was envisioned as an investment in environment, cleaner rivers, soil and air in Serbia.

On an annual basis, Serbia produces nearly 150 million cubic metres of mine waste, some 15.5 million tons of flotation waste and around 35,000 tons of oil sludge. Mined samples are tested at the Mining and Metallurgy Institute Bor which is in charge of attesting the mined material. It also takes part in EU-funded cross-border projects with Romania.

Elektroprivreda Srbije is the biggest producer of lignite. The coal used in the enterprises’ thermal power plants accounts for around 70 per cent of the produced electricity. The production of lignite takes place in open pit mines of Kolubara and Kostolac mining basins, located close to thermal power plants.

Since 2000, the European Union has invested over EUR600 million in energy in Serbia.