You are at:Home»Project Activities»Support to Commission for State Aid Control – Trainings around Serbia and Regional Connections

During the first 11 months of implementation, the project Support to the Commission for State Aid Control has organized basic training sessions on state aid rules in 109 local self-government units across Serbia, as well as four conferences involving experts from EU Member States. 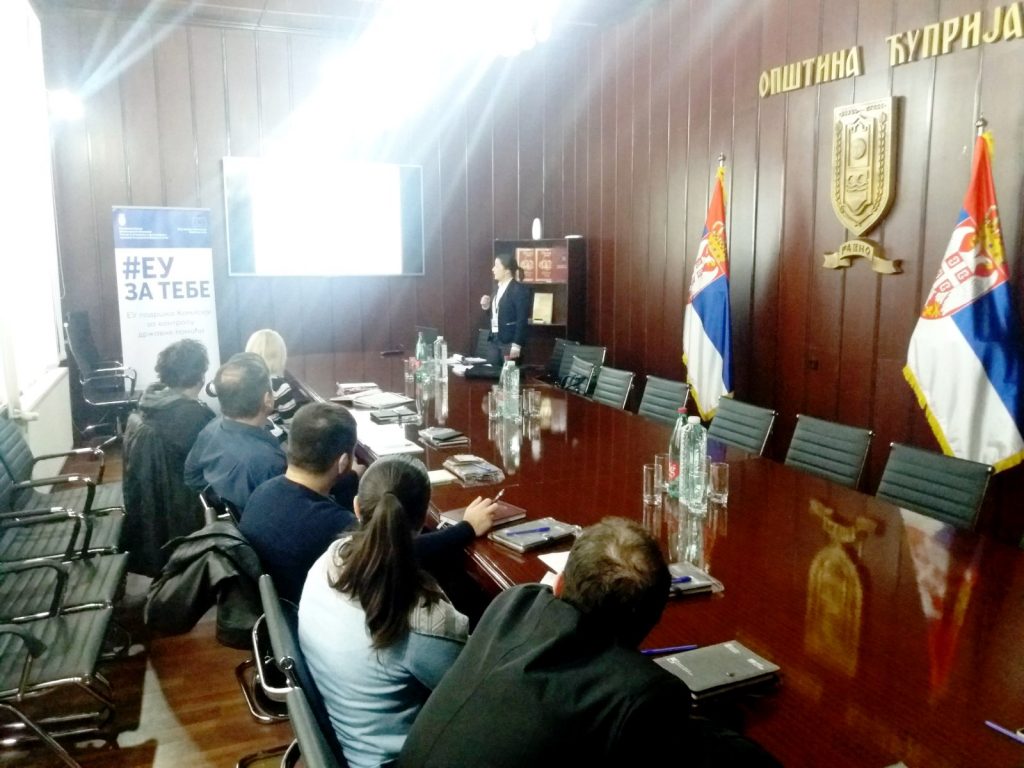 The project plan envisages that the trainings will be organized in all 174 local self-government units in Serbia, in order to get acquainted their employees with the modernized state aid rules which are in force in the EU, as well as with the state aid rules most commonly used in practice – in the areas of environmental protection, support for small and medium-sized enterprises and regional development.

All trainings are organised according to the principle of “on-the-job training”.

With the support of the Commission for State Aid Control, the project has also organised the Regional conference „State Aid and Western Balkans Economies“, which brought together representatives of the state aid control bodies from the Western Balkans, representatives of European Commission and eminent European experts, in Belgrade on September 26-27. It was the first time that a regional gathering had been held on state aid control. In her opening address, the European Commission (Directorate-General for Competition) representative Ariana Podesta expressed her hope that such a gathering would become a tradition because it is “of great importance to the region”.

The project Support to the Commission for State Aid Control is funded by the European Unionć’s IPA funds with € 999,000. The project has started in February 2019 and will last until February 2021; it is  managed by the Ministry of Finance – Department for Contracting and Financing of EU Funded Programmes. Apart from organising training sessions for all local self-government units, the project supports the harmonisation of relevant legislation with the European Union, the development of state aid schemes and facilitates the exchange of best practice with EU Member States. Study visits to EU countries are planned during the second year of implementation. One of the main project’s messages is “state aid that develops Serbia” – to indicate that state aid granted under the rules (so-called “good” state aid) contributes to the economic growth and development of society.