Today, the Speaker of the National Assembly of the Republic of Serbia, Ivica Dačić received the Head of the EU Delegation to Serbia, Ambassador Emanuele Giaufret.

Speaker Ivica Dačić said that Serbia is ready to continue full cooperation with the EU, its institutions and member states, as well as to work intensively to progress and accelerate the negotiation process, since EU membership is our country’s foreign policy priority and strategic determination. 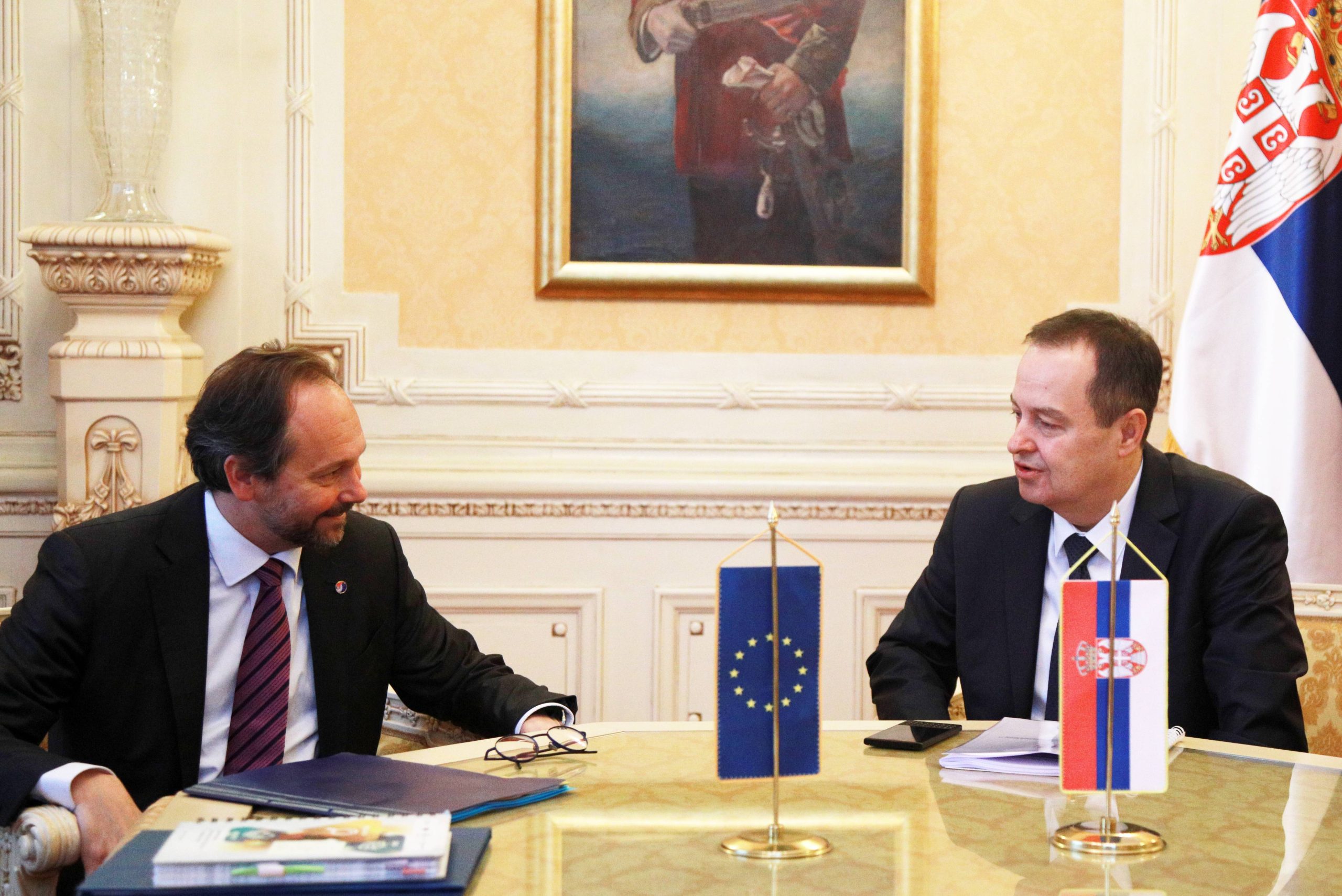 The interlocutors pointed out positive work results of the current legislature of the Serbian Parliament, such as successful implementation of measures agreed in the Inter-Party dialogue in cooperation with the co-facilitators from the European Parliament, participation of all political forces in recently held elections without a boycott, improvement of election conditions, and reform of the judiciary and the Constitution achieved thorough cooperation with the Venice Commission. The Speaker expressed his hopes that cooperation with the Venice Commission will also continue when it comes to future reforms.

At the interest of the Head of the EU Delegation, Emanuele Giaufret, the Speaker Ivica Dačić informed his interlocutors about the legal deadlines for convening the next parliament and forming other state bodies. Ambassador Giaufret pointed out that the EU Delegation in Belgrade is a partner of the Serbian Parliament, and that he hopes to continue constructive cooperation.

Ambassador Giaufret thanked the outgoing Speaker for the role of mediator, together with members of the European Parliament, in the Inter-Party dialogue and welcomed the fact that all key political actors participated in the election process. The report of the Election Observation Mission of the OSCE Office for Democratic Institutions and Human Rights will make new recommendations for further strengthening the integrity of the electoral process in Serbia. He stressed that the EU expects the formation of a new assembly and a new government with a strong mandate to introduce the necessary reforms to make progress on the path to EU membership. 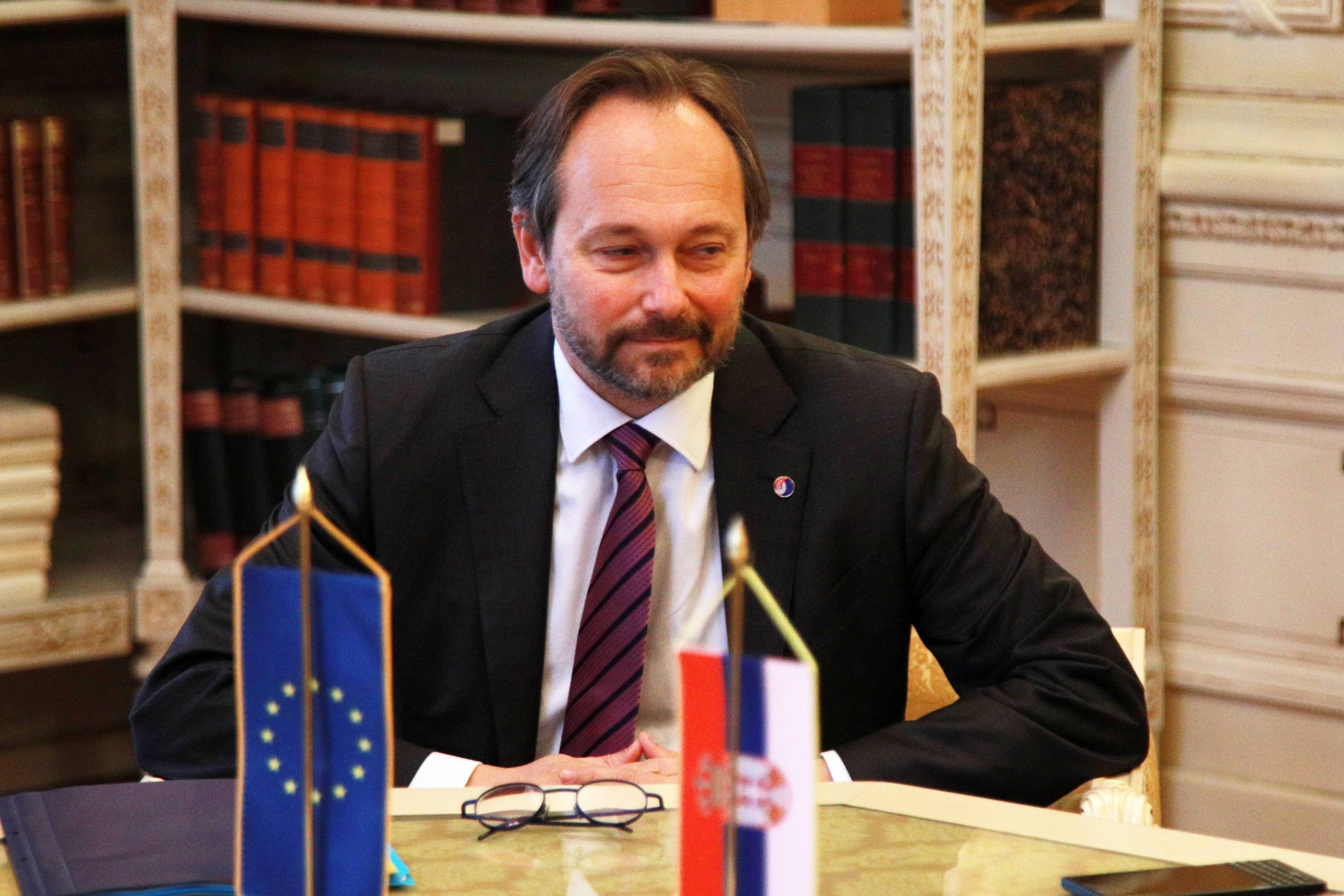 “In the light of Russia’s aggression against Ukraine, it is important that Serbia continues to harmonise its policies with the EU, including in the area of ​​the common foreign and security policy,” Ambassador Giaufret said.