The European Commission (EC) published the Enlargement Package for 2022, in which it assesses in detail the situation and progress achieved by the Western Balkans and Turkey on the way to the European Union, with a special focus on the implementation of basic reforms, as well as clear guidelines on the upcoming reform priorities.

After the official media conference of the Commissioner for Neighborhood and Enlargement, Olivér Várhelyi, the European Union Ambassador to Serbia, Emanuele Giaufret, presented the EC report on Serbia’s progress on the road to the EU to the President of Republic of Serbia, Aleksandar Vučić.

“I just had the pleasure to hand over the Annual Report for 2022 on the progress of Serbia to President Vučić and Minister Joksimović. I would like to thank them for the good cooperation we have had in the past 12 months. This report is a serious and comprehensive document, which contributes to Serbia’s progress on the European path. It is compiled based on the contributions of representatives of the government, civil society, and member countries – it is the product of joint work. We hope that this document will be a useful tool in the European integration process for Serbia. We tried to define some priorities.” 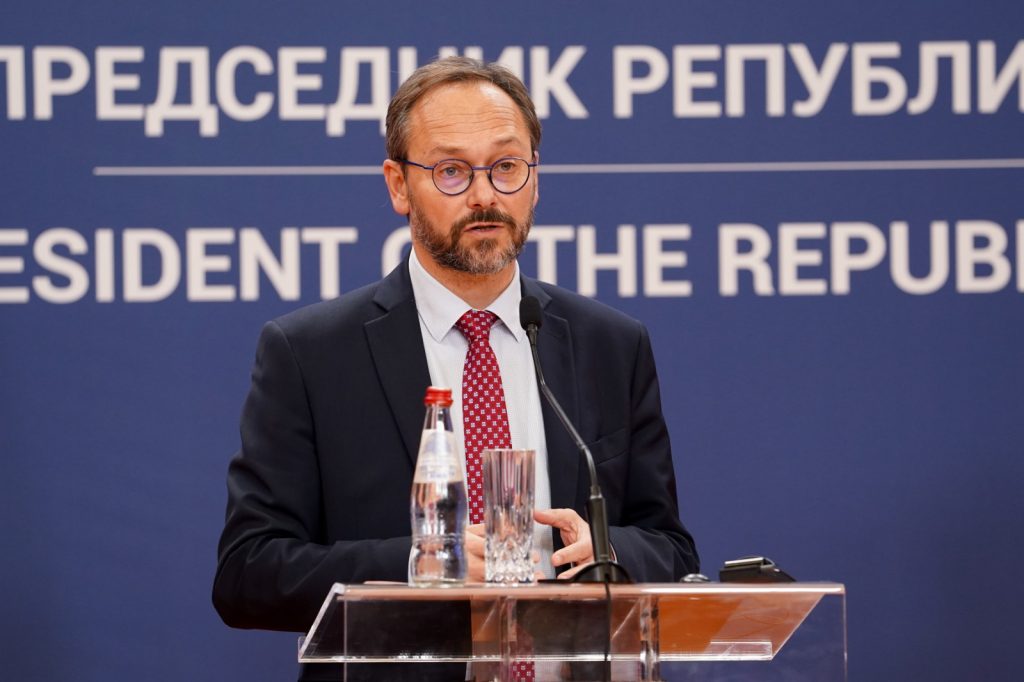 The ambassador also drew attention to the social context in which this report was created, which is the Russian aggression against Ukraine. He highlighted peace and security as aspirations that are more important than ever.

“The Commission made a decision to grant BiH candidate status, which is an example of moving wholeheartedly towards the enlargement policy.”

“I want to emphasize that this report refers to political criteria. We reported on the elections that took place on April 3. The European Parliament was engaged in the improvement of electoral conditions. One of the aspects highlighted in the Report is that political actors participated in the election process, which led to pluralism in the Parliament.”

Speaking about the partnership between Serbia and the European Union, the ambassador reminded that the EU is the largest donor in Serbia, and that during the past year trade exchange of 32 billion euros was achieved.

“We believe that it is worth investing in Serbia, because we want Serbia to be part of our family,” said Ambassador Giaufret. 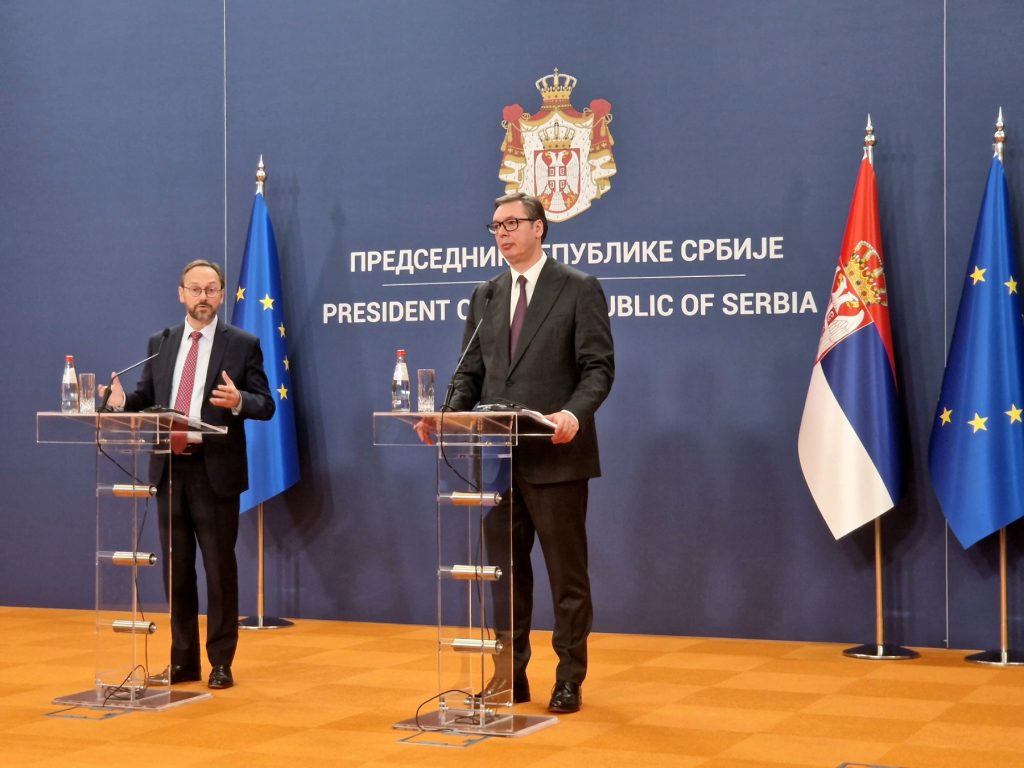 President Vučić emphasized the importance of the European Union as a partner of the Republic of Serbia.

“I largely agree with what is written in the Report,” he said, adding that the essence concerns is introducing sanctions against the Russian Federation.

“I told Mr. Giaufret that we will take their views into account with great seriousness and responsibility.”

“We have regressed in only one area, that is in relation to Russia. And progress is if we condemn the Russians every day.

We need to continue working on reforms, to do what we can in the area of rule of law by the New Year.”

As the Report cites, on the economic criteria, Serbia is between a good and moderate level of preparation and has made some progress in developing a functioning market economy.

The Enlargement Package 2022 can be found HERE, and Key findings of the 2022 Report on Serbia are on this LINK. 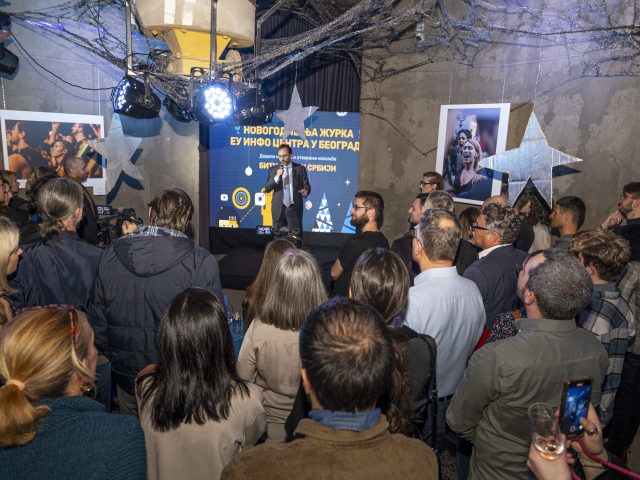