Continuing Cooperation of EU and Serbia in Migration Management

The continuation of the cooperation between the European Union and Serbia in migration management is the topic of a two-day visit of the European Commissioner for Home Affairs and Migration, Ylva Johansson.

Immediately after landing at the Belgrade airport, the commissioner headed to the Presidency building, where she met with the President of Serbia, Aleksandar Vučić. In addition to migration, many important topics were on the table: the rule of law, the fight against organised crime and Serbia’s European path. 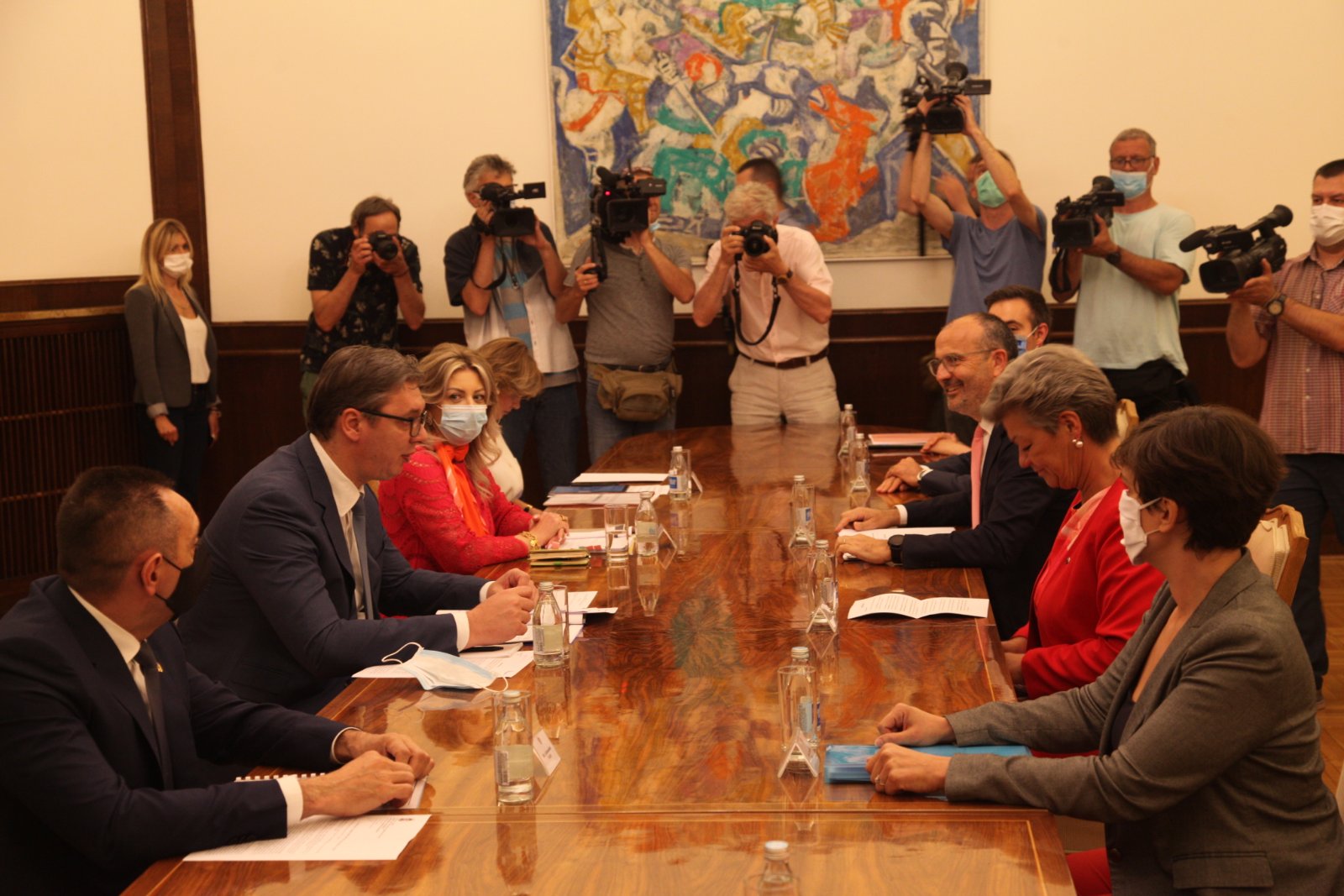 After the meeting, the Commissioner and the President attended the signing of the Treaty on European Union Support in Migration Management – Second Phase of Improving Reception Capacities, Protection Services and Access to Education, signed by Minister for European Integration Jadranka Joksimović, Head of the EU Delegation to Serbia, Ambassador Sam Fabrizi and representative of the International Organisation for Migration (IOM) in Serbia Lidija Markovic.

“I welcome the agreement we just signed. Its value is 2.3 million euros, and it is part of broader EU support to Serbia in managing migration. The EU has been Serbia’s partner in solving migration challenges from the beginning, and I must say that you have been a reliable partner in this. It is important to treat people with humanity and dignity and to manage migration in an orderly way. The situation is now better than a few years ago, but we are now fighting the COVID-19 pandemic, and I commend your efforts for involving migrants in the process. I am grateful that Serbia is part of the global sharing of responsibilities, “said Commissioner Johansson. 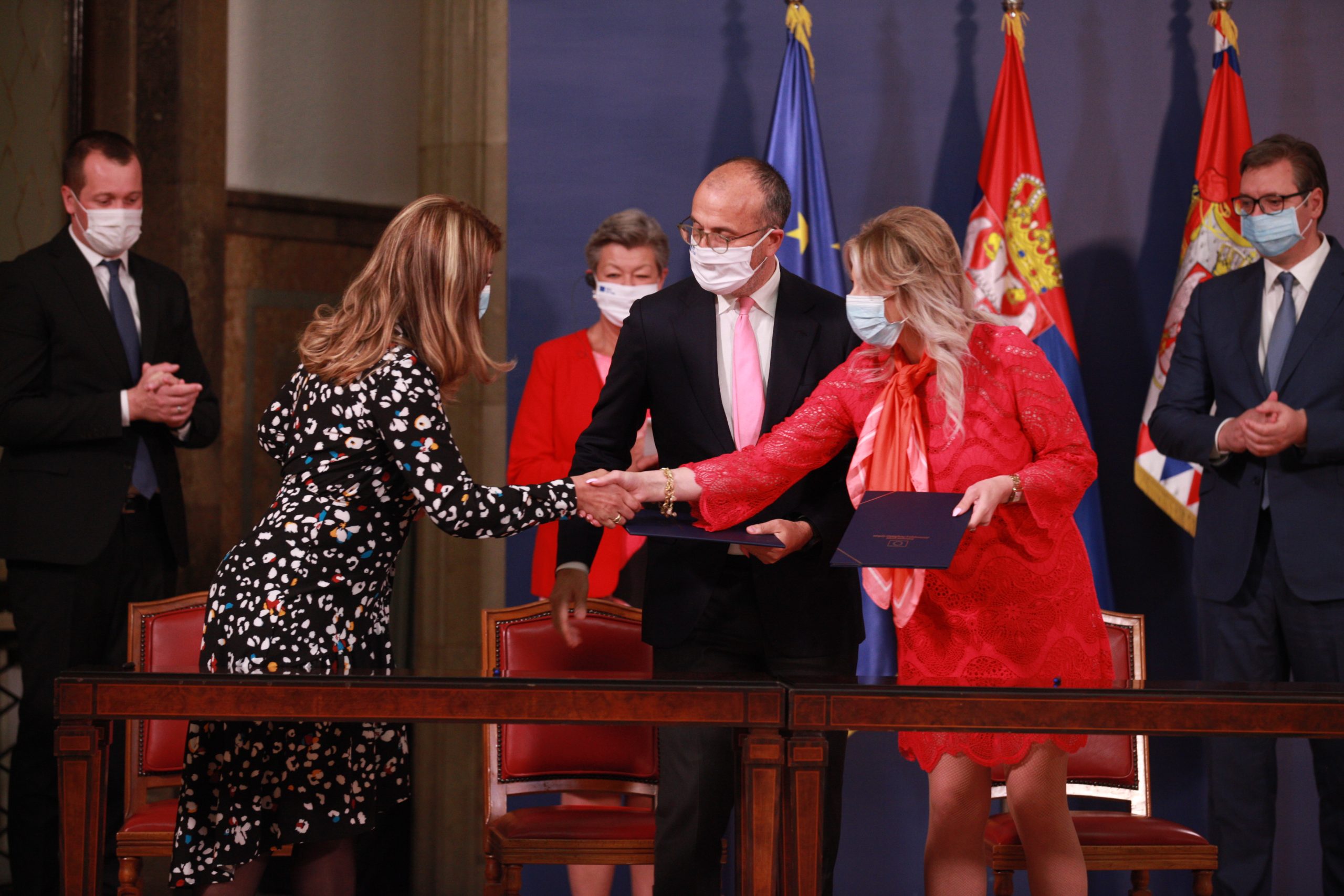 President Vučić pointed out that EU assistance in this area is essential for Serbia, since it also invests money to control migrant movements.

“Today, we attended the signing of the agreement by which the European Union gives us significant money through this component 3, and a total of more than 11 million euros, to support the capacities for migrants and their education because that is very important for us. We have to help those people. We do not have a large number of refugees at the moment on the territory of our country. It is nice to show the hospitable face of Serbia. “I am grateful to the taxpayers of the European Union and Commissioner Johansson for the help they provided to Serbia,” said President Vučić. 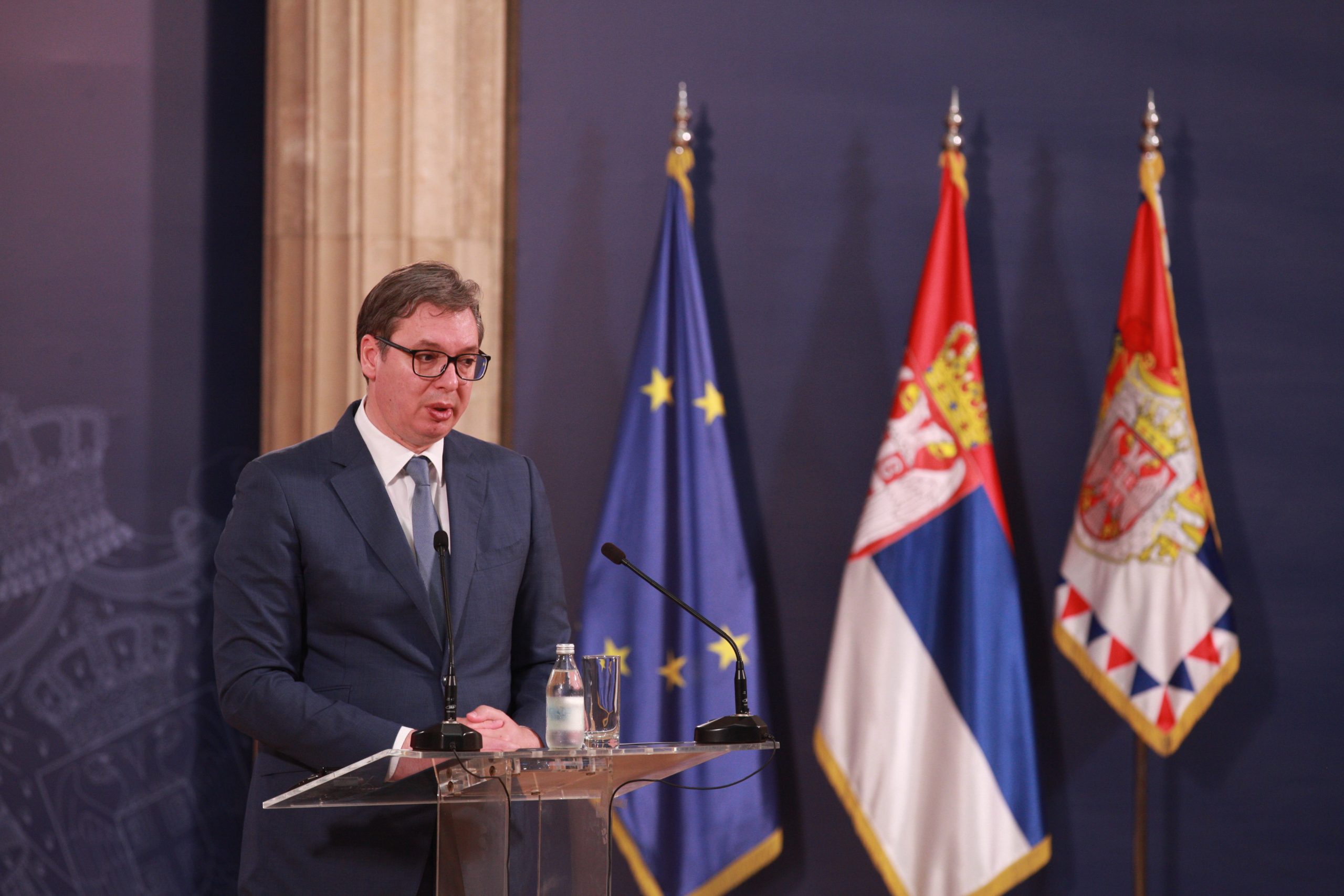 He also explained that there are currently 3,977 people in reception and asylum centres on the territory of Serbia, as well as that over 38,000 illegal border crossings were prevented in the previous period.

The EU offers support to the Republic of Serbia in its efforts to protect its borders and fight against the smuggling of migrants and strengthen the capacity of institutions responsible for migration management.

The visit continues tomorrow with a conversation with the Minister of Internal Affairs of Serbia, Aleksandar Vulin. After that, he will visit the centre for asylum seekers in Obrenovac and members of the Frontex agency on the border between Serbia and Bulgaria.