It was concluded during the Dialogue on integrated border management that the reform of the border police aims to increase the security of the state and the citizens, but to reach the European Union standards in this field as well.

Head of the EU Delegation to Serbia Sem Fabrizi pointed out that Serbia had made significant progress in implementing the Integrated Border Management Strategy and added that the EU would continue providing financial aid for the reforms in this field.

“Cooperation between Serbia, the European Commission, EU member states and partners in the region is important in order to achieve a common goal – the safety and control of the borders that should remain open for legitimate movement of people and goods”, Ambassador Fabrizi says.

The border police and customs officers have been through several trainings, thus strengthening their capacities for dealing with irregular migration and recognising human trafficking victims, Head of the EU Delegation reminds. 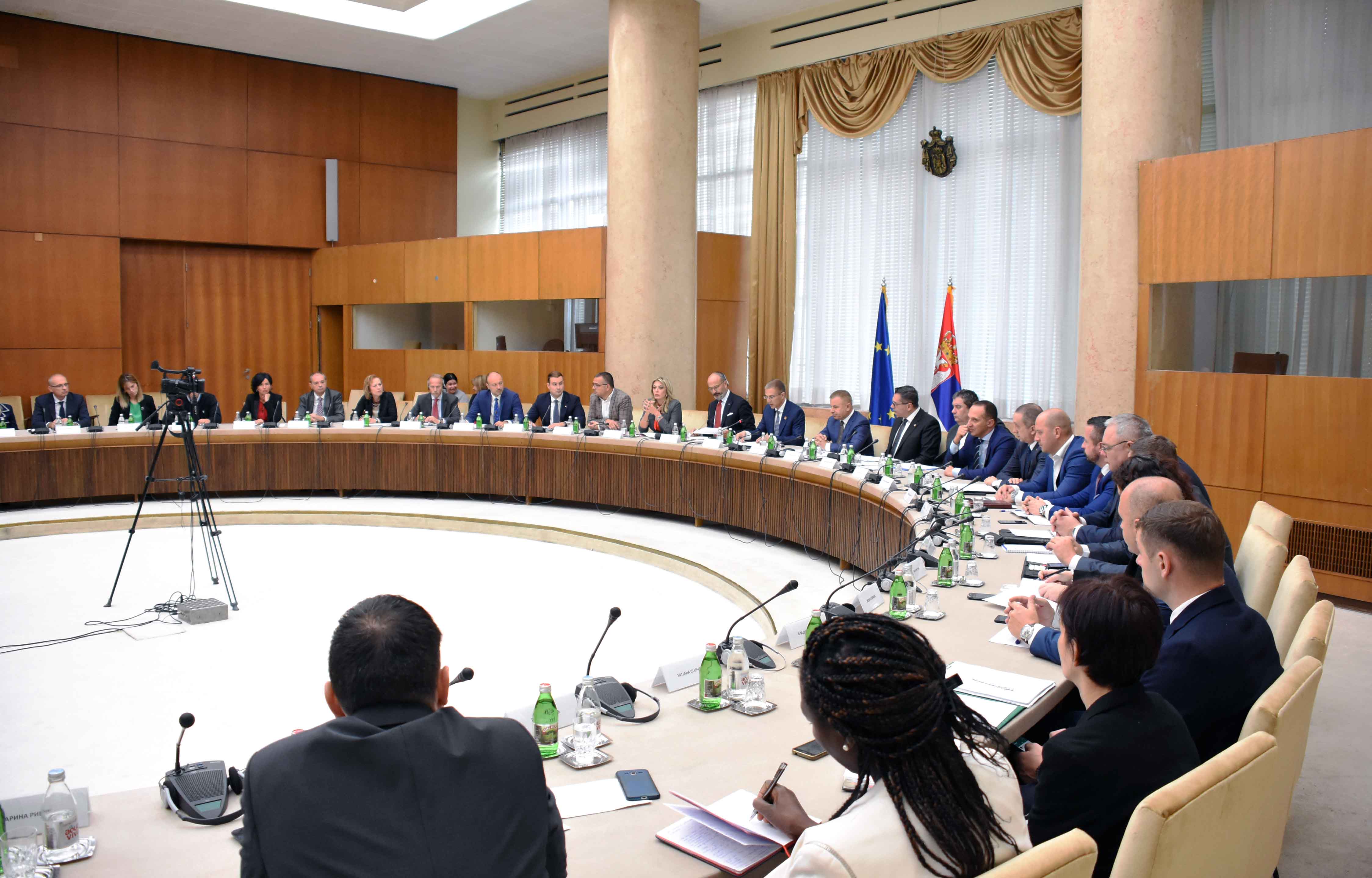 The Minister of Interior Nebojsa Stefanovic states that the integrated border management process is fully supported by all institutions involved in this project.

“The Ministry of Interior strongly supports all reform processes of border police and other border services, bearing in mind that after visa liberation, opening of external Serbian borders to EU member states will represent the most visible progress of the state”, Minister Stefanovic said.

Minister of European Integration Jadranka Joksimovic points out that the subject of integrated border management is a very complex one and that this project is important not only for Serbia, but for the European Union as well.

“In this phase, this project is important for both Serbia and the European Union, and in that sense I expect full and continual EU support in the further realisation of this project. The safety challenges of today are not only classical ones, we now have an increase of the scale of international trade, education, tourism, cultural exchange”, the Minister states, particularly emphasising the importance of phytosanitary control.