Eagles Are Returning to Serbia

The Eastern Imperial Eagle has the lifespan of a human, a wingspan of up to two metres, and is found on many flags and coats of arms; they live on top of high trees and are an endangered species. The last pair of eastern imperial eagles in northern Serbia has recently had baby eagles and, thanks to support from Serbian and EU ornithologists—they will continue to live there.

The nest that houses the eastern imperial eagles couple—that was until recently the last two specimens of this species in Serbia—is located in the tristate area of Serbia, Hungary, and Romania. Eastern Imperial Eagle , the bird living In the highest oak canopies in the tri-border area of these three countries, used to be the symbol of a long lost species. The human impact on nature and industrialization have led to the extermination of rodents—the primary source of food for eagles—so, besides losing their homes, eagles were also at risk of dying from hunger. 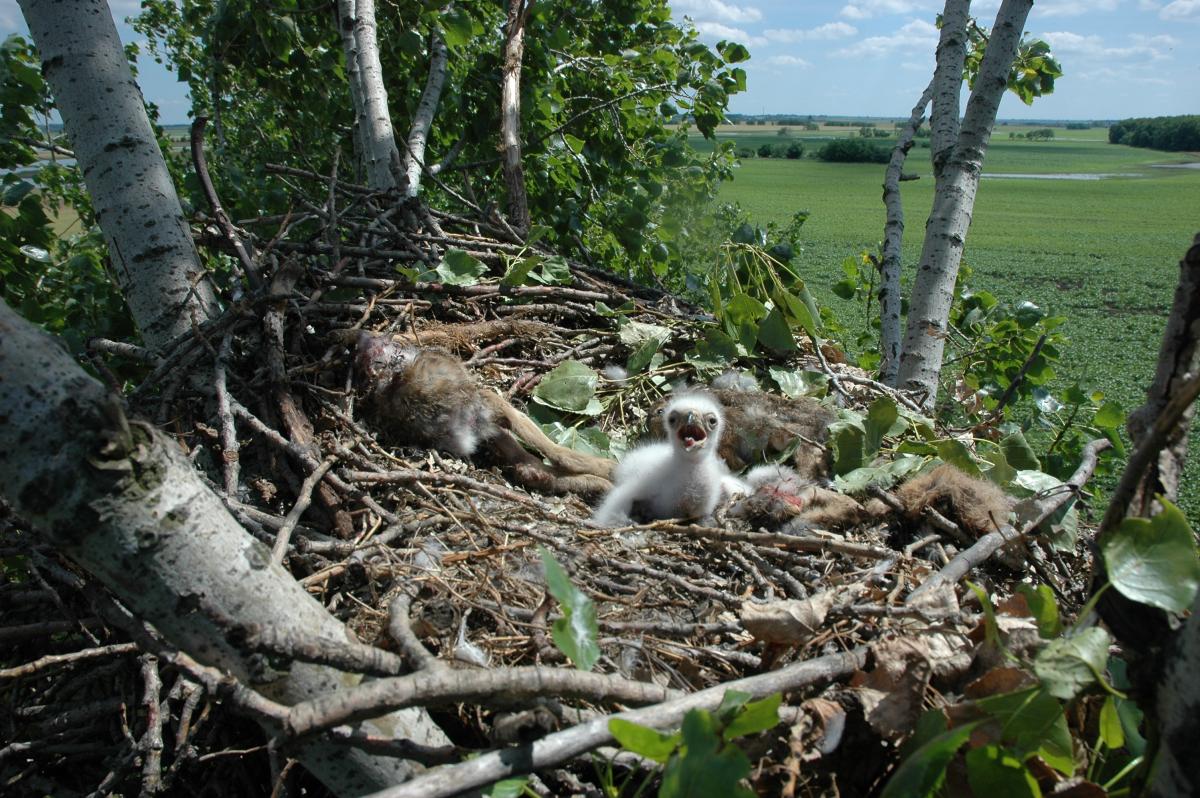 With support from the European Union, ornithologists have for three years monitored and took care of these birds, removing pesticides used in agricultural production and rebuilding the habitat for this dying species. During the nesting period—from March to July—volunteers of the Association for protection and study of birds of Serbia kept an eye on the nest and watched over these birds. And their efforts have indeed paid off—five new eaglets are now growing up in Banat, in the northernmost part of Serbia.

On the International Day for Biological Diversity, 22 May, the Association’s Executive Director Milan Ružić said: “I am very happy and proud that, after years of uncertainty, today we can say that Eastern Imperial Eagle is again roaming the skies of Serbia. This is a tremendous achievement for our organisation and the protection of birds and environment in Serbia. We have shown that when experts, citizens, public authorities, the economy, and the media join forces, they have the power and will to make a substantial change. With European Commission’s support offered through „PannonEagle LIFE“ project, implemented together with the Provincial Institute for Nature Conservation, in cooperation with organisations from Hungary, Slovakia, Czech Republic, and Austria, we have made significant progress, and we have to especially thank our Hungarian colleagues who have been working to preserve Eastern Imperial Eagles for over 40 years.” 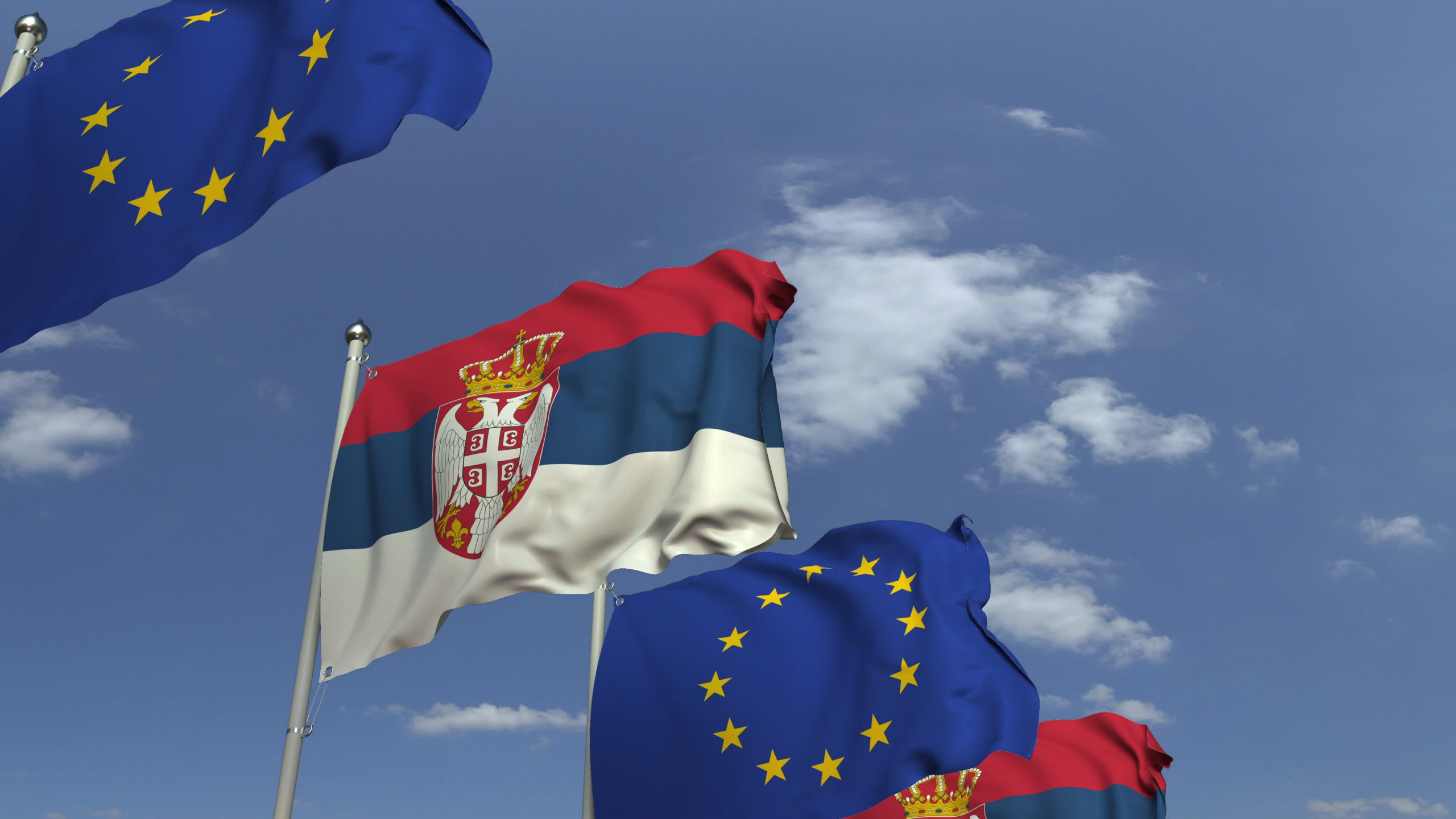 The three nesting couples of Eastern Imperial Eagles in Serbia are considered a tremendous success, but ornithologists say that the cause for concern is all but gone. Eagles are still at risk of losing both their habitat and the source of food. In many parts of Serbia, new couples have trouble finding old trees where they could nest. Grasslands that are home to ground squirrels—Eastern Imperial Eagles’ favourite prey—are quickly disappearing due to agricultural activity. Experts are also concerned about the frequent poisoning of wild birds species in the immediate vicinity of eagles’ habitats.

This year, the Association intends to mark an Eastern Imperial Eagle with a satellite transmitter for the first time in order to gain better insight into the behavior of young birds after they leave the parents’ nest. This way, they will obtain information on the birds’ movement and hunting ground. It will also allow experts to check on birds if they decide to stay in one place for a while.

“Nature knows no boundaries and, to protect biodiversity and specific species, such as the Eastern Imperial Eagle, a joint effort is needed by Europe and the entire world. Also, the fact that the challenges that trouble endangered species have much in common highlight the need for cooperation because efficient solutions are not available to everyone. Project “Pannoneagle LIFE” is an excellent example of good practice on how expertise and experience from individual countries can be brought together and, with EU’s support, turned into a success,” Slobodan Knežević of the Association for protection and study of birds of Serbia notes.

Pannoneagle LIFE project, with a total budget of over EUR3.5 million, is implemented with the financial support from European Union’s LIFE programme and is due to run until 2022. A group of 13 organisations from Hungary, Austria, Slovakia, Czech Republic, and Serbia strive to increase the population of these animals and reduce their suffering.

Biodiversity protection and conservation represent an intrinsic part of EU environment policy and are part of the Acquis Communautaire in a form of several directives and regulations, the main being so-called Nature Directives – Birds and Habitats directives. The European Union supports the Ministry of Environmental Protection and the Institute for Nature Conservation of Serbia through financing and implementation of project EU for Natura 2000 in Serbia, and thus contributes to the preparation for EU accession in the area of nature protection.

The first step in the process is to analyse all available information and undertake fieldwork to fill-in identified habitat and species information gaps, followed by a field mapping of habitats and species. This information will enable the best sites in terms of biodiversity values to be proposed as part of the Natura 2000 network.

An important advance has been made regarding the Birds Directive. According to the criteria, a list of 43 potential sites for birds conservation has been prepared (Important Bird Areas – IBA). The current reference list of birds species includes 142 species where the most threatened species and those in a delicate state of conservation are included, such as Eastern Imperial Eagle (Orao krstaš), Garganey (Grogotovac) or small birds as Common Grasshopper-warbler (Cvrčić tršćar).

The EU has so far donated over EUR400 million for environmental protection in Serbia. Through projects supported in this area in Serbia, the funding is secured for the improvement of air quality, climate change, waste and water management, nature and biodiversity conservation, industrial pollution management, chemicals management, noise reduction, legislation reform, and last but not least, the participation of a wider public in the process of decision making and taking responsibility for the damage inflicted on the environment.