An IPA project “Integration of navigation monitoring system on the Danube River,” worth EUR839,000, has been promoted in Belgrade. The Head of the EU Delegation to Serbia Sem Fabrizi described the project as important from the economic point of view as it will increase both the number of vessels on the river all year round and, as a result, the economic growth, and promote safety on the river, in turn decreasing the occurrence of environmental disasters. The project is part of EU’s wider efforts to increase funding for the Danube, on top of the already invested EUR25 million in a number of projects focused on the Danube.

At the moment, said Minister of Construction, Transport and Infrastructure Zorana Mihajlovic, we are investing EUR204 million in Serbian water transport. Once the navigation monitoring system is set up, we expect to witness the water transport to increase. 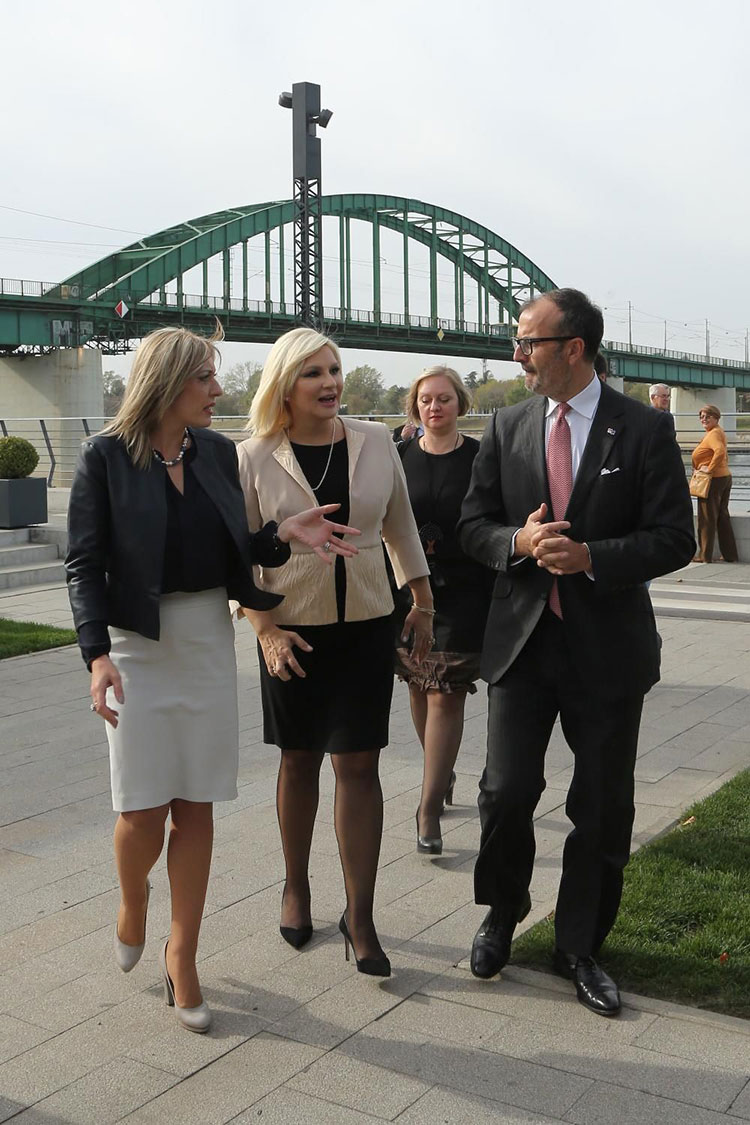 “Thanks to this project, 110 buoys and 160 signal devices will be set up along the entire section of the Danube in Serbia, that is some 600 kilometres. By the end of 2018, we will have the state of the art buoys. This will bring us a major advantage as it will allow navigation regardless of the weather,” said Mihajlovic during the presentation of the project, adding that she hoped the project will be finished within the deadline.

According to her, old buoys will be transferred to the Sava River. “In the coming period, we expect the transport on the Danube to increase and we hope to link it to railway and road traffic in order for the country to cash in on its geographic position,” she said.

The Minister of European Integration Jadranka Joksimovic said that the project was funded through the IPA 2013 fund. She said that IPA 2013 was not overdue; on the contrary, it is implemented over the course of four or five years. What matters, she added, is that IPA projects are finished within the deadlines. Joksimovic expects the project to open up new possibilities to withdraw money from the Danube macroeconomic strategy. “We can put the Danube to service as a waterway and increase the flow of goods, people and capital,” she said.

The project “Integration of navigation monitoring system on the Danube River” kicked off on 1 September 2017 with a view to setting up an integrated, attested and fully functional system for monitoring and response provision on the Danube, operated by trained beneficiaries, by the end of the year.