The role of the whistle blowers in the fight against corruption and abuse, as well as the legal basis on which they are protected, were the key topics of the conference “Protection of whistle blowers at the central and local level”. The event was organized by the Ministry of Justice of the Republic of Serbia, the Project for Responsible Authorities of the United States Agency for International Development (USAID), the EU project “Prevention and Fight against Corruption” and the most famous organization for the protection of the rights of whistle blowers in Serbia “Pištaljka”.

Attendees at the conference were able to hear firsthand what the challenges were facing the whistle blowers. One of them is Tomislav Veljković, who reported the case in Rača Kragujevačka, where over 600,000 euros were spent on a wastewater treatment plant without the facility being completed. 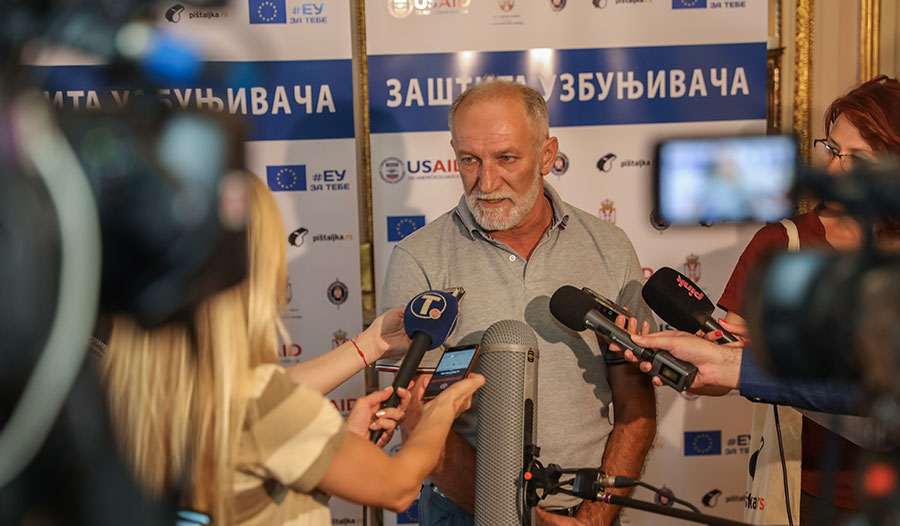 “As soon as the state begins to resolve the cases that we have reported, the other people will dare to report everything they know”, Veljković said.

Protection of whistle blowers is crucial for the development and functioning of democratic societies and for strengthening equality, said Deputy Head of the Delegation of the European Union to Serbia Mateja Norčič Štamcar. He states that this year the EU adopted a new Directive on the protection of whistle blowers, which recognizes the highest international standards in this field.

“Serbia has made a lot of progress in this area. What Serbia has achieved is inspiration for everyone – even the EU. However, the final results are yet to be shown and a shift in key indicators – the number of successfully resolved corruption cases and punished perpetrators – has yet to be seen. The European Union will continue to be a partner to Serbia along the way”, emphasizes Norčič Štamcar. 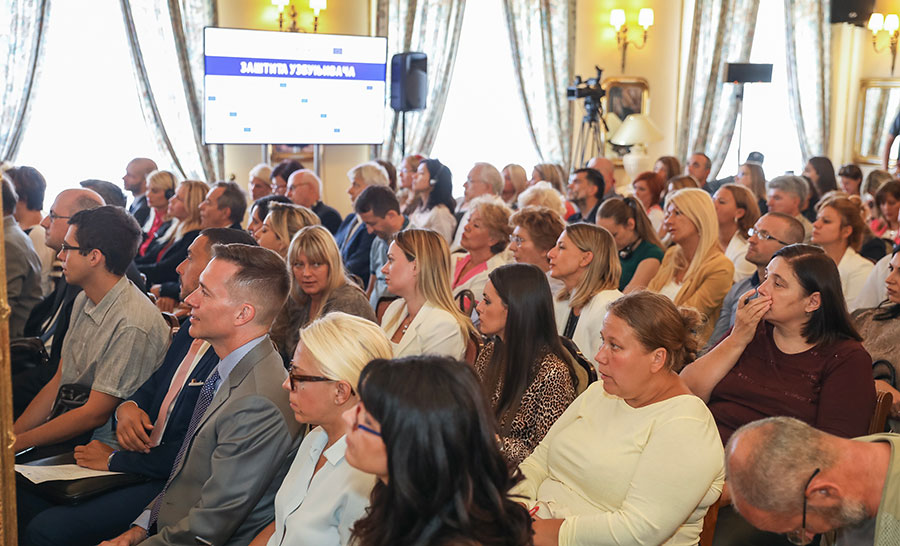 Justice Minister Nela Kuburović points out that from the beginning of the implementation of the Law on Protection of Whistle Blowers until the end of 2018, there were 622 cases pending, and 533 cases were resolved.

Over the last four years, as far as the Law on the Protection of Whistle blowers has been applied, dozens of them have been given judicial protection, several officials have been punished for abuse, and important information on the breach of the law has been made available to the public, editor-in-chief of “Pištaljka” portal Vladimir Radomirović estimates .

“In order to say with certainty that our society and the state want to support whistle blowers, it is imperative that employers respond promptly to their employees’ reports, investigate and correct them fully, and that prosecutors without hesitation initiate proceedings based on whistle blower reports” ,says Radomirović. 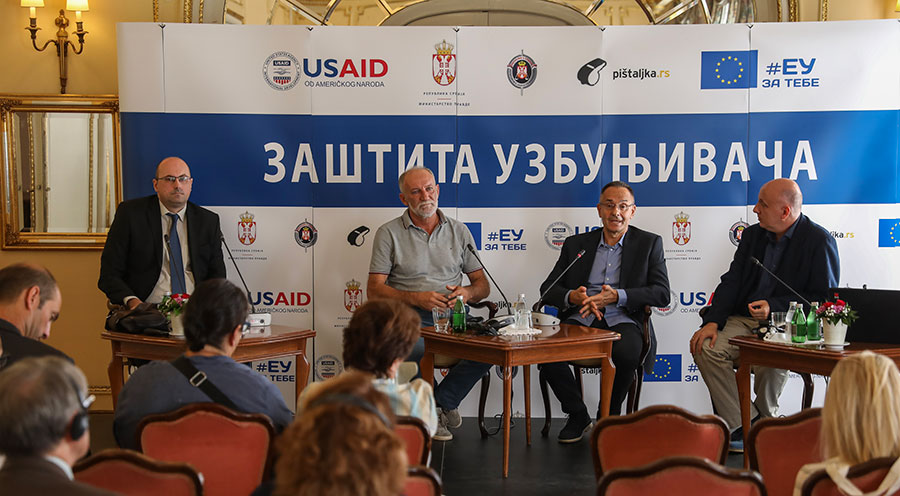 Corruption is a longstanding problem and one of the biggest obstacles to economic and social development around the world, says the United States Ambassador Kyle Scott.

“Combating corruption is difficult, so empowering and protecting those who take bold steps to point out corruption is essential. We are delighted to be able to support the Government of Serbia in developing a legal framework for the protection of whistle blowers, which is now considered international best practice”, says the US Ambassador.

After the opening remarks, three more panels were held. Their topics have been results so far in the implementation of the Law on the Protection of Whistle Blowers, experience with examples from practice, as well as how the field of alarms is regulated in the European Union.